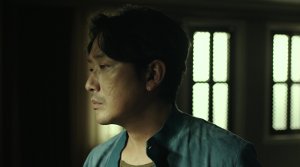 Story: Sang-won (Ha Jung-woo) is an architect and along with his daughter I-na (Heo Yool) he moves to a new house in the countryside. Sang-won grieves the death of his wife while I-na has closed herself off since then and doesn't talk anymore. Both are struggling with the trauma of losing a loved one. While Sang-won throws himself into work to cope with everything, I-na needs the fresh air in the countryside. But Sang-won hardly seems to care about his daughter and tries to hide his disinterest by giving I-na presents. In the new house, however, I-na suddenly starts to become livelier again. She laughs a lot and seems to be talking to someone in her room. One day she also suddenly has a strange doll in her hands. But Sang-won only realizes that something is wrong when his daughter disappears unexpectedly. People search for days, but they find no trace of her. She never seems to have left her room. Soon Sang-won himself is under suspicion, but then the exorcist Kyeong-hoon (Kim Nam-gil) meets up with him. He explains that I-na was dragged into the closet by the ghost of the girl Myeong-jin (Kim Si-ah) and is now in the realm of the dead, like many other children who have already fallen victim to the restless spirit. Sang-won doesn't have much time left to get his daughter back from there... 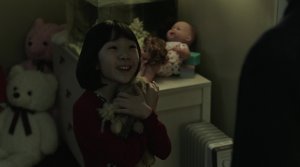 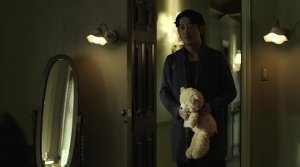 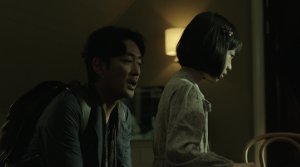 Review: "The Closet" shows us not only with its popular leading actor that horror movies are no niche genre in Korea anymore. The sets and the directing are on a high level and especially the lighting contributes to the fact that this horror flick knows how to visually impress the audience. Nevertheless, there are also a lot of things that need to be criticized including the protagonists. Anyone who knows a thing or two about the horror film genre, especially about the subgenre that deals with vengeful spirits, can recognize a pattern these movies usually follow. The background of the evil spirit is gradually revealed, similar to how detective movies work, and in a twist we learn that our hero himself also has plenty of skeletons in his closet (no pun intended). In "The Closet," this is a little different. Right from the beginning, we don't like Sang-won, and it's obvious that he neglects his daughter. This kind of makes it hard for the audience to get emotionally involved in the movie. 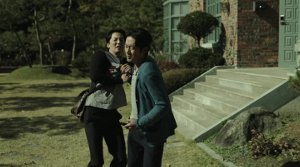 It is also a little problematic that we do not actually get any surprises. Although the story progresses and we get to know who the little girl was before she started dragging other children into the closet as a ghost, there is nothing special about it worth mentioning. At best, it is interesting that the movie eventually chooses to go into a socially critical direction. In the end, the victims are children who have been neglected or even abused by their parents. This puts a little drama into the movie towards the end and it even manages to be quite touching. The fact that the subject of abuse is not laid on too thick is also praiseworthy, because it could easily have turned out cheap. Unfortunately, when it comes to the movie's story or its characters this was actually everything positive there is to say. The exorcist, played by Kim Nam-gil ("Memoir of a Murderer"), is quite likeable, but does not get enough screen time. 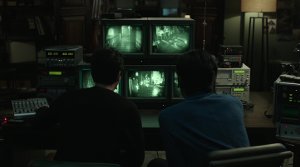 At the latest since "The Wailing" we get to see more and more traditional exorcisms in Korean cinema and this is exactly what the movie begins with. Fortunately, it doesn't completely follow down this road as you can also notice a good portion of "Poltergeist" in here. Nevertheless, you can see that the modern Korean horror genre is quite different from that of ten years ago. You only get the stereotypical long-haired girls, who appear as ghosts in the background, during one of the first scenes. In fact, one of the best working scenes of the movie is the one in which Sang-won is locked in a room with zombie-like ghost children without eyes and somehow has to get out of the room without opening his eyes, otherwise he would be seen. The make-up and effects are very well-done here and contribute to a pretty dense atmosphere. "The Closet" therefore also has some nice unique characteristics. 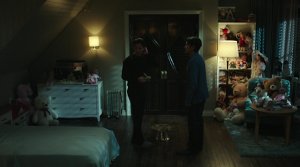 The director's good eye for the settings can also be seen in the movie's netherworld. Dense fog, a gloomy forest, children on a playground - and in contrast to that, the exorcist who tries to maintain the bridge to the realm of the dead with his spells. Even if the film is generally bleak, Kyeong-hoon also has a few comedic scenes, for instance, when he stares intensely at his monitors to see if a ghost finally appears, and then suddenly begins slurping his instant noodles. There is not a lot of humor, but what's there isn't bad. Only the reference to "Along with the Gods", which the exorcist uses to describe the realm of the dead, is somewhat strange, since Ha Jung-woo also had the leading role in that movie. The movie's pacing is actually also pleasantly high, only during the middle it slows down for a bit. But what happens is generally nothing extraordinary and should not surprise any genre fan. 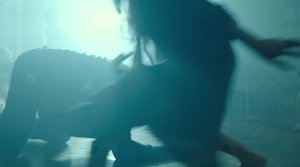 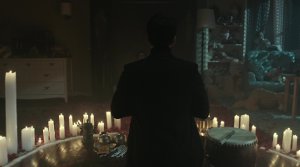 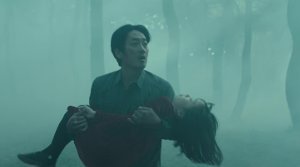 With his debut work, director Kim Kwang-bin has created a decent horror flick, which scores especially with its western-looking old house as a set. The protagonist, however, remains very flat and Ha Jung-woo seems just to be going through the motions and delivers his lines as if he was sleepwalking. It is also difficult to sympathize with someone who does not even notice when his daughter's personality suddenly changes completely. At least, the socially critical tone concerning the neglect of children, which is also consistently present in Korean media, is a nice touch. Besides that, "The Closet" may be entertaining and not as cheap as its title suggests, but it certainly won't become a horror classic. For this, the story simply lacks twists and real depth. However, it's interesting to see where director Kim Kwang-bin's journey will go next. Because there seems to be some talent hidden here.