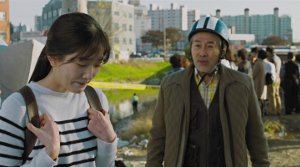 Story: Sim Deok-soo (Baek Yoon-shik) is a landlord in a poor neighborhood and every day he has his hands full collecting the rent. Among the residents of the neighborhood he is known as a man who is only thinking of money. When he asks the tenant Choi (Son Jong-hak) for his rent, he also hears an interesting theory about two bodies that have been found in the neighborhood during the last few days. Choi was a police detective back in the day and doesn't believe in natural deaths. Thirty years ago, there have been serial killings with the same modus operandi and the case has never been solved. If the murderer acts as he did in the past he soon should change his hunting pattern from elderly men to young women. When shortly afterwards Choi is found dead, Deok-soo believes that there could be some truth in Choi's theory. At the same time Park Pyeong-dal (Sung Dong-il) approaches the landlord and tells him that he was Choi's former partner in the police force. Alongside the landlord Park investigates the case, after young girl Ji-eun (Kim Hye-in), also a tenant of Deok-soo, goes missing and the body of her friend is found at her apartment. Park soon suspects the physician Na Jeong-hyeok (Chun Ho-jin) to be the killer, but things seem to be a little bit more complicated. 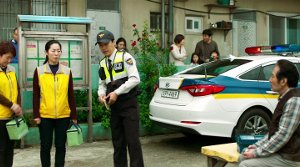 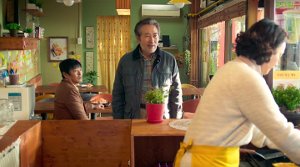 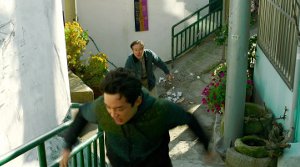 Review: It's really a shame that "The Chase" couldn't become what it at first promises to be. A typical thriller story which thanks to its unusual characters manages to make well-known genre conventions appear in a new light. But the more the movie heads towards the finale the more it loses sight of its strength and degenerates into a simple genre exercise for the director. There has been a lot of potential, but in the end the screenplay doesn't know where it wants to go from a certain point onward and this generally also becomes apparent in respect to the film having an uneven tone, alternating between gritty thriller and refreshing comedy. At least that's better than forcing a complete tonal shift in the second half. Maybe you should be satisfied with what you get, because "The Chase" is after all quite entertaining. 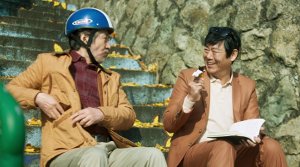 Baek Yoon-shik ("Inside Men") is a fantastic actor and he once again gets the chance to prove it. His role actually leaves a lot to be desired and so it's thanks to his acting skills that we don't continue questioning why he is looking for the killer. Ultimately, his motivation should be rather small. But he isn't the annoying landlord who is only thinking of money as we assume at first and since Ji-eun is aware of his true self and even tells him so, he has a personal interest in finding her. Moreover, you shouldn't forget that being 70 years old Deok-soo has hit an age where you don't have a lot to do anyway. Along with Sung Dong-il ("Accidental Detective") Baek creates a great detective couple which stands out thanks to its unusual characters. 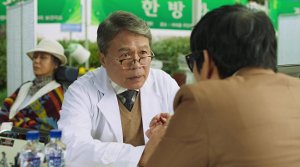 To be precise, Sung oftentimes steals the show from his partner since Pyeong-dal is almost written like a caricature, but Sung can do a lot more with what he has. Since the scenes between the two protagonists work so well it is odd why Pyeong-dal disappears after a twist for a while before returning later on. One of the many examples why "The Chase" is half-baked and the screenplay being written in a lackluster fashion, probably because everyone was content with having a neat main idea for the plot. It's also frustrating how the age subject is dealt with. Apparently, the filmmakers wanted to criticize the behavior of old men, who in Confucian-rooted Korean society are respected for their age alone and therefore are allowed to do anything and show no respect towards others. At the same time, they are oftentimes forced to live in a rather poor neighborhood. 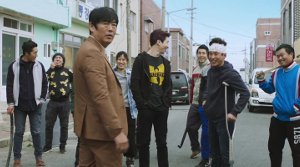 This hypocrisy in Korean society is only touched upon, though. It's also sad, that we may get a few new impulses regarding the hunt for the killer, after all it's two elderly men chasing the serial killer, but towards the end the protagonists are interchangable with younger actors. That's how much the movie loses its way and falls back into usual genre tropes. Director Kim Hong-seon doesn't have the courage to embrace his story's pecularities and work with them. Consequently, the movie makes use of too many clichés. With his debut work "The Traffickers" the director did already manage weaving some interesting elements into his work, but with "The Con Artists" inventiveness and daring to be a bit different were a thing of the past again. With "The Chase" it seems as if Kim Hong-seon actually wanted to make a different, more interesting, because more innovative thriller, but in the end he decided to please a wider audience. 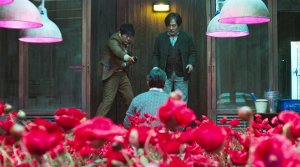 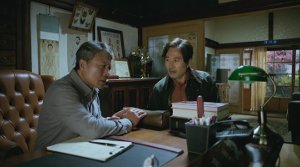 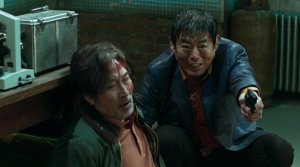 Concerning the movie's tone it's very apparent how much at odds Kim was with himself and what he wanted to deliver. There are gritty and also violent scenes next to an upbeat soundtrack and a few caricatural pecularities of the protagonists. The investigation is sadly based on chance happenings which undermine the story's credibility. The twists aren't anything out of the ordinary either and disappointment is particularly setting in when we realize that "The Chase" is just a mediocre thriller despite all the promise in the beginning. Thanks to its actors, the movie is a fun-ride, no doubt about it, and the pacing is also absolutely fine. But the screenplay is in need of some final touches and should have worked more with the age aspect of the protagonists. All in all, this is why it is a pity that I can't recommend "The Chase" without reservation, but for that there should have been more inventive elements.