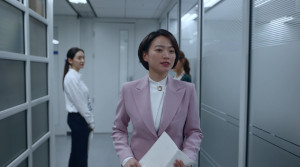 Story: Jung Se-ra (Chun Woo-hee) is a news anchor and she is quite successful. Her mother (Lee Hye-young) is very strict and makes sure that Se-ra never loses sight of her goal. However, because of her job and her mother, Se-ra has some marital problems and is currently separated from her husband. One day, she gets a phone call at work. A woman claims that someone broke into her house and threatened her. Just when Se-ra starts to think that the call has to be a prank, the woman explains that her daughter has already been killed. At first, Se-ra does not believe that the caller is telling the truth, but since she has the address and can't stop thinking about it, she drives to the apartment. There she finds the mother hanged and the daughter drowned in the bathtub. For the channel, the case is an absolute top news, and Se-ra can present herself as an investigative journalist. The police think that it is a murder-suicide. But what drove the mother to these actions? While Se-ra searches for answers in the apartment of the deceased, she runs into the therapist In-ho (Shin Ha-kyun). He looks for clues as to why his patient suddenly took her own life. Still, Se-ra does not believe that the therapist is just conscience-stricken, instead she suspects him to be involved somehow. Eventually, she finds out that the man was involved in a suicide case ten years ago, too... 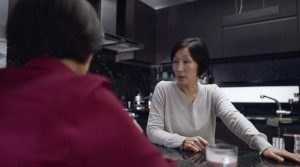 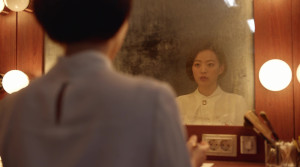 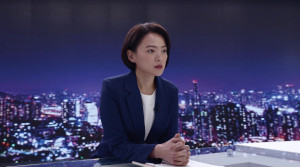 Review: At first, there does not seem to be much about "The Anchor" that can really be called interesting. With its news studio, the clean costumes and suits, and upscale apartments, everything feels pretty sterile too. Moreover, it is not clear whether we are dealing with a thriller or a horror movie. In the beginning, it seems to be a thriller in which a potential killer has to be found. But over time, some horror movie clichés are added, and the flick slips into some kind of identity crisis. If you are looking for suspense, you'll look in vain. The movie could have been much shorter, too, as we often just watch the protagonist move anxiously and very slowly through an apartment. All this doesn't sound very complimentary, but towards the end, the events unexpectedly get quite gripping after all. 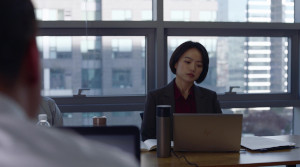 The story turns out to be pretty simple, and somehow I expected something along the lines of "Hard Hit" or "The Terror Live", meaning a killer that talks about a planned murder with a news amchor live on the phone. But nope, that's not what you get here. I found it particularly disappointing how the movie tries to lead the viewer on a merry chase. Because in terms of its tone, you can't help but think that "The Anchor" is a horror movie. Viewers familiar with the genre will therefore not be surprised by most of the twists. For example, its typical for the genre that the protagonists have plenty of skeletons in their closets themselves, which weighs on their conscience and affects their psyche more and more until everything falls apart or a vengeful spirit finds its perfect victim. Even though the movie doesn't offer any real supernatural moments, it still uses some well-known elements of the genre. 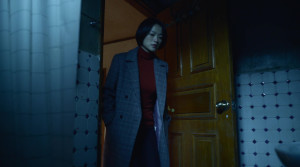 Then, Shin Ha-kyun ("Inseparable Bros") is introduced as a possible villain, a therapist who might already have somebody's life on his conscience. In addition, hypnosis is used as a tool, which, of course, is always abused for evil in movies like that. I'm not sure whether the director actually wanted to build up some suspense with it, but nobody really expects the therapist to be the real antagonist here. In addition, we've already seen Se-ra pinch herself in order to pull herself together as something seems to be wrong with her. An interesting aspect is her mother, though, who exerts enormous influence on her and wants to revive her own failed dreams through her daughter. The first scene with her is already enough to get an idea of what the relationship between mother and daughter must be like and what damage it must have caused over the years. Se-ra is actually unwanted, because she is the reason why the mother did not make it big as a news anchor. 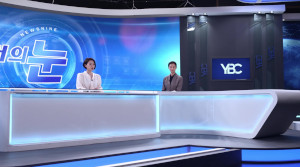 This leads us to the socially critical side of the movie, which is actually most welcome as it gives the flick a little more depth. Se-ra has to fight for acceptance in a male-dominated world in television, and only a few women manage to do so, as there is always the ever-present risk of pregnancy and therefore retirement from professional life. You have to choose between career or family. Having both is impossible. Se-ra, so it seems, chose her career, as she lives separated from her husband. Unfortunately, we don't get to see much of her relationship with him. It's a pity that the movie only scratches the surface here. Female director Jung Ji-yeon condemns the old-fashioned thinking in patriarchal Korean society, but also criticizes women, as they do not support each other in the movie, but instead talk badly behind each other's back, or immediately use each other's failure as a stepping stone. 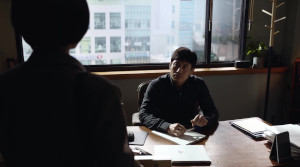 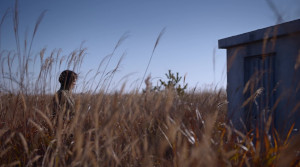 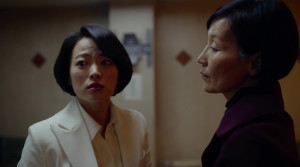 Perhaps it is also due to director Jung's perspective that the men in "The Anchor" turn out very flat. But the rest of the movie is written pretty uninterestingly as well. In a horror movie there typically has to be a big twist at the end, and so Se-ra too has to carry some secrets with her, which is why she seems somewhat unapproachable. Nevertheless, Chun Woo-hee gets the best out of her role, and her mainly cold appearance also fits the story of a woman who wants to set herself apart from her colleagues though her professionalism. As mentioned before, though, "The Anchor" is unnecessarily long-winded, and suspense only arises towards the end when we delve into the psyche of the characters and their old wounds come to light as well as the baggage they carry around. Which is what makes this thriller with its horror movie elements almost gripping towards the end, and it is pretty praiseworthy that the director chose not to weave her social criticism into a drama, but instead present it in the form of a thriller. In order to be seriously successful with that, the movie would have needed a little more suspense, though...