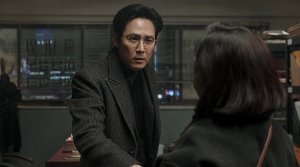 Story: Evil is born in a secluded village. While Geum-hwa (Lee Jae-in) comes into the world with a disabled leg, her twin sister is completely disfigured and supposedly will not live very long. 16 years later, though, she is still alive, and her family locks her up in a shed outside their house...
On behalf of an independent institution Pastor Park (Lee Jung-jae) investigates various churches. He wants to find proof of whether or not they are cults. At the moment, he investigates the potential cult Deer Hill. In the process he crosses paths with Chief Hwang (Jung Jin-young) and hears that one of the cult's members is involved in the murder of a girl. But the alleged murderer commits suicide shortly afterwards. Park exposes the Deer Hill cult's background and finds out that there are four members in it who apparently act as assassins claiming to stop evil from devouring the world. Only one of the four assassins is still alive, Jeong Na-han (Park Jung-min), who is haunted by nightmares because of his murders. However, he also knows that his actions are actually good deeds. At least, that's what the Holy Scriptures of Deer Hill say. In the meantime, Park finds out who drafted the Holy Scriptures and tries to unlock the secret of the cult's real goals. Apparently, Geum-hwa could be the next victim. Does the cult work on behalf of a crazy person or on behalf of a saint? Park is certain to know the answer, but after all, things may not be that easy. 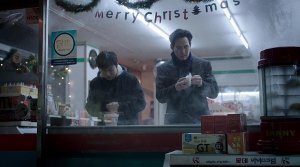 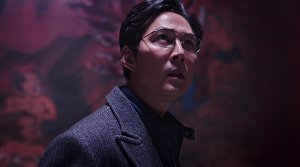 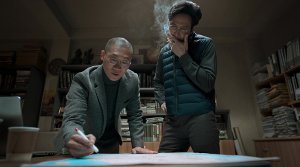 Review: "Svaha" is a movie which impressed me a lot. So much so, that I needed some time to take a step back to be able review this horror thriller with a more objective view. First of all, the movie features horror elements which focus on an impalpable evil. The otherworldly, demons, the devil - call it what you want, it gives the movie a Lovecraftian touch and creates an extremely creepy atmosphere, as you do not really get to see anything, you just get hints. You will find very few jump scares which are usually typical for horror movies. Despite the fact that "Svaha" takes the same impressive approach as "The Wailing", including creepy shaman rituals, the movie also pursues more profound questions. What is religion, when do you need to consider a community a cult, or why are more and more gruesome deeds motivated by religion? 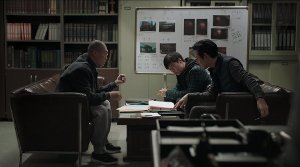 The story's focus is on a Buddhist cult, which Park wants to expose as such. The background Park reveals during his investigation is portrayed in a gripping way. The audience gets information about the various gods and demons in the Holy Scriptures, secret rooms are discovered and the effort filmmakers put into the religious drawings is incredible. Interestingly enough, in those moments the movie is almost reminiscent of a darker version of an Indiana Jones story. The investigation of the cult is therefore always exciting to watch. At the same time, there is another plot about a cult member who is up to no good, even though we have no idea what his real intentions are at the beginning. And not to forget about the third plotline of the girl with her demonic twin sister. As it passes out of our minds so often, we might even think that this part of the story just was a manipulative attempt to establish a horrifying hook-in at the beginning to catch the viewer's attention. 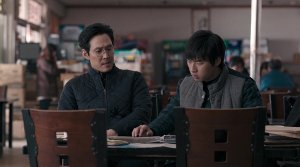 But in fact, all three plotlines are important and are connected as it turns out later on. And it is particularly fascinating how the movie constantly casts doubt and makes the viewer question whether the events shown are really the truth. Obviously, the supernatural is part of reality in "Svaha". However, you can still imagine the twin sister simply being deformed and not demonic. In that case, the way her parents treat her would simply be child abuse. Moreover, you have to ask yourself whether the cult member's murders are really such a bad thing if evil can be stopped by it. But who has the profound and all-embracing insight to really tell good from evil? An enlightened one? Is such a being the same as a prophet? Without really noticing it, the further we get into the movie, the deeper we also get into its different layers and its question about the essence of religion. 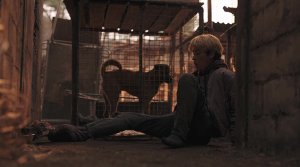 Even if the movie mainly revolves around Buddhism, Park is a Christian and talks about a 13-year-old Muslim who killed the entire family of an acquaintance in the name of God. He now asks the question of how God can let interpretations of Holy Scriptures - may it be the Bible, the Koran or the Tripitaka - get so out of hand. For him God or the gods of all religions have a similar purpose. This form of neutrality - if you want to call it that - makes you also question why new prophets are not allowed while enlightened people are generally accepted. Besides that, "Svaha" sheds light on Koreans being rather accessible to cults, which in return just use people's pain to enrich themselves. For a sense of community and new, irrational approaches to an explanation what life is about, members are even willing to accept exorcism. One of the cult members sees the children he killed crawling around roof beams, or in another scene hanging dead from the ceiling. Creepy scenes. And still, the sobering thought here is: People have always been killed in the name of religion. 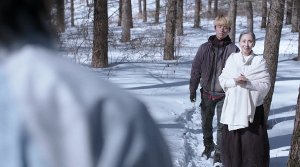 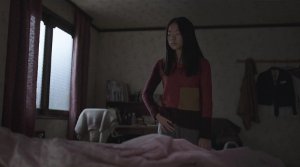 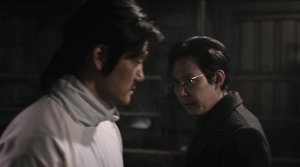 Unfortunately, with all the different layers the story has, not only the focus gets lost, but also the characters turn out rather flat. Only Lee Jung-jae ("Operation Chromite") is brilliant in his role and functions as an anchor for the viewer. Director Jang Jae-hyeon knows how to create a really creepy atmosphere and both the Buddhist monks' chants and the color tint of the images add another layer of eeriness. After the director's "The Priests", which was received too generously by critics if you ask me, "Svaha" is in fact an impressive and multi-layered movie, which unfortunately sometimes wants too much from all worlds. The fact that it is so overambitious can also cause some viewers to get lost in the plot (and thanks to Netflix, the film's audience might turn out to be more international than usual), even if - in my opinion - Park quite distinctly tries to get the movie's message across once more at the end. Although I would have really liked to give both thumbs up for this movie, I cannot ignore the fact that "Svaha" could have used a little bit more fine-tuning. However, this thriller is always gripping and tackles profound issues.