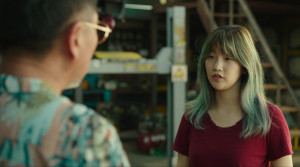 Story: Baek (Kim Eui-sung) has a very special delivery service. He brings everything that would normally cause problems from A to B. Usually, it is people who have to leave the country quickly and who are on the run from gangsters or the police. Eun-ha (Park So-dam) is the best driver Baek has seen so far and she completes every job without any difficulty. At least until someone contacts them who wants to get a man out of the country who is already on the news for fraud. Eun-ha has a bad feeling about the assignment, and ultimately only the man's little son turns up at the agreed location. Since some gangsters are after little Seo-won (Jeong Hyeon-jun), she takes him with her, but the assignment is over for her. However, she does not know what to do with the little one. To make matters worse, it also turns out that Seo-won has the key to a safe deposit box that the corrupt policeman Jo Kyeong-pil (Song Sae-byeok) wants to get his hands on. Thus, Eun-ha flees from a gangster who has the police's resources at his disposal, while she no longer has a real assignment. Kyeong-pil, on the other hand, has to realize that the driver Eun-ha is a much bigger problem than he expected. And so his hunt for her and little Seo-won becomes bloodier and bloodier... 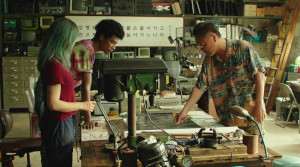 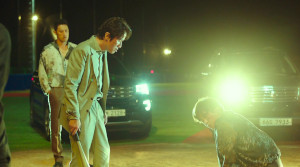 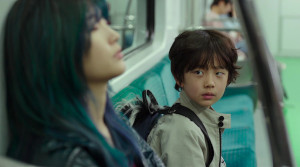 Review: "Special Delivery" offers a high pacing, a female heroine with a unique coolness factor, and a story that somehow seems familiar so that you can quickly find your bearings. All in all, a movie you cannot do much wrong with, even though it's unfortunately missing something special. Stylistically, the thriller shows a lot of influences from Hollywood, for example the villain reminds you of "Leon", while the soundtrack has an 80s touch. Towards the end, however, there are a few elements that other Korean movies have often used lately too: things suddenly become surprisingly bloody and there is a fight for life and death. Unfortunately, it's tragic when you realize that shortly after watching the movie you won't remember it for long. 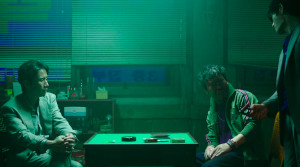 So was that all that can be said about the movie? Basically, yes, but of course, you can take a more detailed look at things, for example at the protagonist. After the success of "Parasite" Park So-dam now plays the leading role in a movie for the first time, and she is able to give the driver Eun-ha a certain coolness, that makes us suspect that she has already been through a lot in her life, but also enough emotional range so that she does not come across as a block of ice. Of course, this is achieved by the child she has to take care of. Nevertheless, she does not really get maternal feelings, which is a pleasant thing, but she feels protective of the boy, which becomes a big problem for her. After all, her opponent is a corrupt policeman. The story is obviously only designed to involve the heroine in car chases or escape scenes over and over again. But that's fine. As long as they are well done. 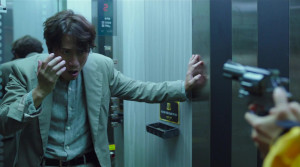 In fact, there is hardly anything to complain about when it comes to the suspense-packed scenes in the streets. The tempo is high, Eun-ha knows how to drive, and demonstrates some innovative maneuvers. In addition, the action scenes have a special touch as we often move through narrow streets of a maze-like neighborhood. Since Eun-ha is on the run with the little boy and has a powerful enemy as an opponent, who also has the law at his side, the suspense always stays high. Unfortunately, the movie missed out on giving the villain more than just caricatural features, though. Instead, the story is needlessly overloaden, so that there is even another investigator who could close in on the villain, but she also remains very flat. Besides, all those different story snippets just cannot hide the fact that none of it really matters. 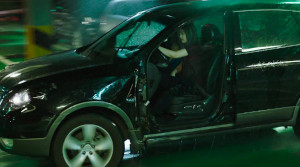 Through the new investigator we are presented with a small twist around the heroine, but not really a surprising one. At least, the movie didn't make the mistake of letting Eun-ha flee all the time, only to then have her beat up hordes of enemies in the end. Instead, she has to proceed strategically, and her only advantage is that she doesn't care about anything (anymore). But we would actually have liked to know more about Eun-ha's past. Park So-dam knows how to get us interested in the brilliant driver, but ultimately, we are not rewarded with anything. And that's what makes "Special Delivery" a bit disappointing in the end. Moreover, the bloodiness and brutality doesn't quite fit with the rest of the movie. Director Park Dae-min ("Private Eye") wants to do too much all at once, or rather he wants to do an homage to too many movies all at once. And in the process, he loses sight of putting together something original. 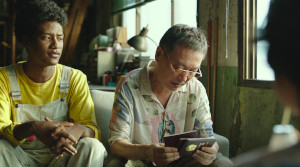 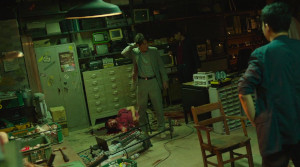 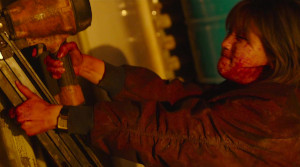 Next to the action scenes and the high pacing, it is the characters that make us keep watching. There's Eun-ha's boss, and also a Southeast Asian who is more than just the supporting role you have to wonder about why he can speak Korean so well. Despite the likeable characters, the movie would still have needed a finishing touch, and it is actually the actors who fill their roles with something that was obviously not in the script. In addition, some more car chases would have been nice, even though the ones we do get are very well done. But, as mentioned before, the pace is working, and that's why "Special Delivery" is nice evening entertainment. Still, apart from Park So-dam, there is no good reason as to why you should watch this action movie instead of any other.