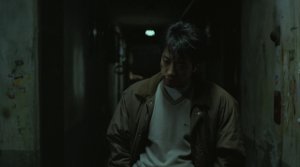 Story: Yong-hyeon (Kim Myung-min) moves into an old apartment building, which is about to be demolished pretty soon. Since a friend disappeared with all of his money, he tries to start out new. He works as a taxi driver and one day approaches his neighbor Seon-yeong (Jang Jin-yeong), who he had already met once in a 24/7 store. However, the woman is withdrawn as her husband abuses her and she remains distant. One day, though, she goes to Yong-hyeon covered in blood and being in shock she tells him that she killed her husband. Yong-hyeon makes the body disappear and now a relationship starts to form between the two of them. Meanwhile, the taxi driver hears from his neighbor Lee (Ki Joo-bong), who dabbles in writing, that his apartment is cursed. Rumor has it that a mother waits there for the return of her son and sometimes you can supposedly hear her lullaby. Except for some problems with electricity, Yong-hyeon doesn't notice anything unusual. Seon-yeong's friend Eun-soo (Jo An), though, lost her friend in a fire in that exact apartment. Moreover, she is very unhappy about Seon-yeong getting involved with the taxi driver. Because according to her, something is wrong with him. But Seon-yeong herself is also considered weird by the rest of the residents... 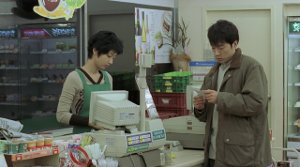 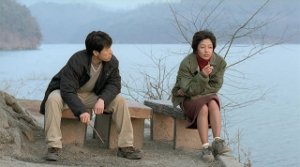 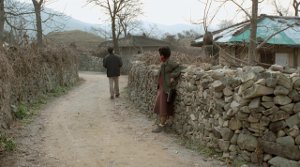 Review: "Sorum" is described as a horror movie and as it is if you start categorizing, you expect certain things of the end product. However, your expectations will not be met with this movie. But in a good way. Because we do not get the stereotypical horror flick with a cursed apartment (of course, you have to think of "APT" right away), but rather a slow-moving, gripping psychological thriller, strongly reminiscent of an independent drama. As opposed to other movies of this genre, the story always remains exciting and makes us puzzle over the characters' past. However, it is not only the genius acting performances but also the oppressing atmosphere, which captivates the audience with its density and never lets you go. The horror factor emenates from the characters and makes "Sorum" an effective thriller. 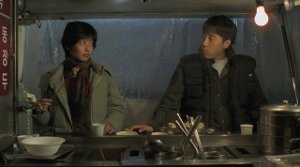 The plot starts out rather easygoing. We observe Yong-hyeon while he moves into his apartment, which is supposed to be demolished soon. Why it needs to be demolished is pretty obvious. Everything is extremely run-down and if you live there, it means you have hit rock button. A wanna-be-writer, who has lost his publishing company, a neighbor, who has lost her friend in a fire, and Seon-yeong, who is physically abused by her husband. Even if the house is literally cut out for a curse, strangely enough, it does have some homey elements to it. But it's not really the apartment with its crumbling walls and the flickering lights that creates an unpleasant feeling as if something eerie wanted to jump at us, it's the people living there. Despite the fact that at the beginning they seem quite normal. Here, the story shows its biggest strength. 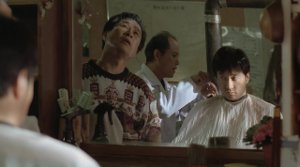 The people portrayed are everything else but stereotypical. They seem to be taken from real life. All of them have their mental scars. With Seon-yeong, played by Jang Jin-yeong ("Singles"), these scars are quite obvious. And even if she murders her husband, you think that it must have been self-defense - we don't get to see the scene, though. Yong-hyeon, who helps her to cover up the whole thing, now has the opportunity to get to know her a little bit better. The resulting love story is complicated, because each party sees the relationship differently than the other and everything basically just happened. The suspense rises by us trying to find out more about the individuals and what they expect from their relationship. This is gripping because the apartment house and its spooky rumors about deaths in Yong-hyeon's apartment create a background which makes us believe that something horrible might happen any time. 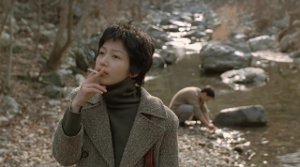 But you need patience, because nothing happens for quite some time and "Sorum" turns out to be a genuine drama about two individuals, who struggle with their loneliness and their tragic past. This can also be seen in some very long scenes, which turned out pretty impressive and were filmed in one single shot. This creates not only some sort of authenticity, but also establishes a certain flair of unpredictability while the pace seems faster than it actually is. Director Yoon Jong-chan ("My Paparotti") manages to create a realistic but at the same time eerie drama. Because at some point, we start doubting that the characters were not capable of acts of cruelty in the past or will be in the future. In the long scenes mentioned before, the dialogues develop their own dynamic and you are always anxious to listen carefully because each word could be the answer to a yet unanswered question. 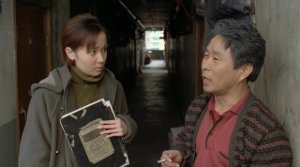 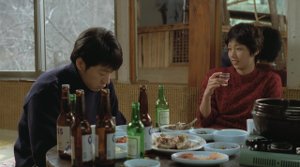 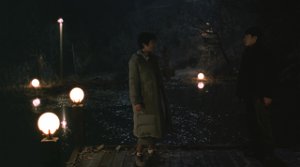 The acting performances are on a very high level. Kim Myung-min ("VIP") amuses us with his tribute to Bruce Lee, the taxi driver's idol, and displays the embarrassing aspects of being in love. But at the same time, you have to worry about what Yang-hyeon is capable of doing, considering how easily he rationalizes the murder cover-up. Jang Jin-yeong is an excellent actress, as well, and therefore, next to the dense and intense atmosphere, it is also the performances that glue us to the screen. Not everybody will be satisfied with the rather open end, but "Sorum" is also a movie that wants the audience to be attentive and make sense of everything on their own. This will not appeal to everybody but "Sorum" deserves high praise for avoiding movie genre clichés just when they started being in use in the genre. There are no ghosts or phantoms, except those the character's carry within themselves.