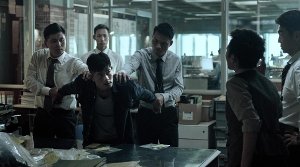 Story: Lee Man (Aaron Kwok) is a wanted counterfeiter who ends up in a Thai prison. Hong Kong's police eventually take over the case and try to extract information from him about the infamous counterfeiter-king Painter (Chow Yun-Fat). But Lee remains silent, because Painter is well-known for taking radical revenge on those who disclose any information about him. That's why the police are still completely in the dark when it comes to Painter. Eventually, Lee's former girlfriend Yuen Man (Zhang Jingchu) turns up at the station and manages to convince him to tell the police everything he knows. Yuen and Lee used to live together and are both artists. While Yuen has her own original style and is in great demand, Lee only manages to copy other artists' works. Therefore, he is contacted to counterfeit a painting, which eventually falls into Painter's hands, who recognizes Lee's extraordinary skills. Painter meets up with Lee and puts him into his team. Painter is planning on counterfeiting the 100-dollar-bill. At first glance, an incredible venture, as it is almost impossible to get hold of the right printing machine as well as the right kind of ink. Moreover, there is the issue of the water mark. To solve this problem, Painter acts more and more reckless. But it is too late for Lee to bail... 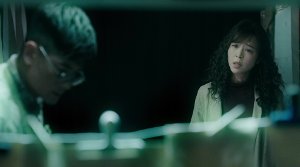 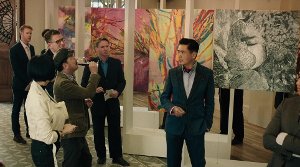 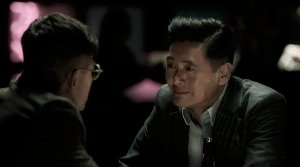 Review: "Project Gutenberg" is probably Hong Kong's best action-thriller of the year - which doesn't mean that it is a masterpiece, though. The quality of Hong Kong's cinematic output has been decaying for years now. Nevertheless, director Felix Chong - along with his colleague Alan Mak - is responsible for a little movie called "Infernal Affairs" (having co-written the screenplay). After that there were some well-done action-thrillers here and there like "Overheard 2", but there was nothing left of the original magic. Maybe Felix Chong has always been the strongest one of the two directors, because in his newest work you can recognize a hint of the ingeniousness from back in the day. He plays with the audience's perception, there are some gun fights in old-fashioned HK-style, which gets the adrenalin flowing, and all this with Chow Yun-Fat in the lead! Seriously, do you need anything more? 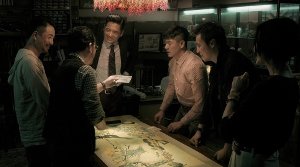 Aaron Kwok ("The Monkey King 2") with his 53 years is not that young anymore, but he seems 20 years younger in this movie, especially because of Lee Man's insecure and anxious character. Chow Yun-Fat ("Cold War 2") is 63 years old already and - riding one of the most beautiful nostalgia waves in Hong Kong cinema - he gets to go full dual-gun and also fires machine guns in all directions. He even gets to fly through the air while dishing out bullets! He hasn't lost his elegance, even if the numerous slow-motion moments might indicate that he is not as fast as he used to be. But maybe it is just a stylistic device riding that same nostalgia wave. In any case, the action sequence in the Golden Triangle is pure fun and not necessarily supposed to be taken seriously. Because, strictly speaking, this part does not seamlessly fit into the rest of the rather thriller-oriented movie. 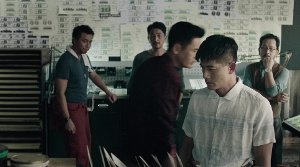 The narrative perspective was chosen pretty interestingly, as we get to see the events through flashbacks. That's why you have to ask yourself, of course, whether Lee Man might have left out a part here and there to avoid being seen in a bad light. But Lee's insecure personality quickly turns him into a pitiful character for us. His relationship with his love interest Yuen Man, played by Zhang Jingchu ("The Adventurers"), goes to pieces because of his self-doubts, and so Lee finds himself in the hands of a criminal, who initially seemed to be a gentleman amongst villains. Until we get to see his more reckless side and there is no turning back anymore. "Project Gutenberg" manages to showcase the two protagonists' chemistry quite nicely, and even if Aaron Kwok masters his role very convincingly it is of course Chow Yun-Fat who steals the spotlight. At last, he gets an opportunity to play a role, which was tailor-made for him. Never mind that it is as the bad guy. 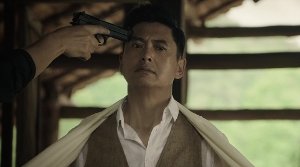 The seething danger for Lee, which gets more and more obvious, is the movie's engine and therefore the level of suspense never really drops. Here, the director presents himself in his old form. The filming locations are well chosen and atmospheric, too. Which is very important, as the movie also feels like a heist-movie. After all, the gang is trying to commit the perfect crime. The craftmanship, which is necessary to create the dollar bills, is also portrayed in all of its perfect glory and comes across really impressively. This is especially noteworthy as these scenes could have easily ended up being tiresome and boring. When it comes to the technical aspects, the movie is well shot, too, and it also shows in scenes in which guns are waved around. Style and the feeling of a real threat are combined in a way we would expect from a HK-movie. And because the action also works, it's a real shame that the special effects are oftentimes limited to CGI. That robs some of the explosions of their impact. 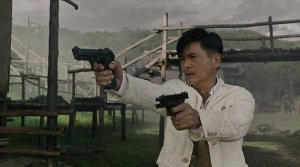 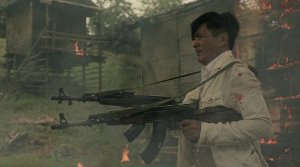 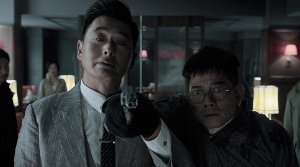 The movie's themes are portrayed pretty obviously, though. At what point do you finally cross the line towards evil, how far would you go to stay true to your principles, but most of all: How far would you go for love? Yes, in the end - and that is what Painter already anticipated at the beginning - people are able to accomplish big things if they do it for love. In Lee's case, that means counterfeiting money. However, the movie doesn't turn into a romantic flick at the end. Instead, there is a twist, which makes us see the events in a completely different light. That is entertaining and at least somehow more intelligent than most productions we get from Hong Kong. One point of criticism to mention, though, is the fact that "Project Gutenberg" isn't really subtle when it comes to its resolution or the motives portrayed. But these kinds of problems are balanced out by Felix Chong's confident direction and the movie's two leads, especially Chow.