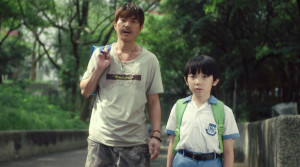 Story: At his birth, Chow Tin-yan (Endy Chow) was dead for a second. Since then he can look a second ahead into the future, if he focuses. Even though he had already been on TV as a small child thanks to his talent, it hasn't done much for him in life. As an adult, Chow helps out in a bar and being a single father, he also has to take care of his young son (Hung Cheuk-lok), who can only hear thanks to a hearing aid. The kid is often teased at school and Chow had to run into debt in order to pay for his treatment. When the debt-collectors come to the bar and want to teach Chow a lesson, the boxer Shun (Chiu Sin-hang) sees that Chow can easily dodge his attackers' punches. Due to the incident, Chow is fired by his boss, but Shun wants him to be his training partner as he will soon have an important boxing match. Because there is some money in there for Chow, he agrees and from that day on, he goes to the training room which Shun shares with his cousin (Lin Min-chen), who teaches laughing yoga there. Chow is anything but enthusiastic, but when he notices his young son is watching him with wide eyes, he starts to become a little ambitious. Later, he even has to step in for his training partner, and when he gets into the ring for his first boxing match, he actually wins thanks to his extraordinary gift. From that moment on, everything changes for Chow. 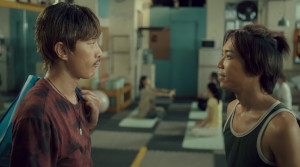 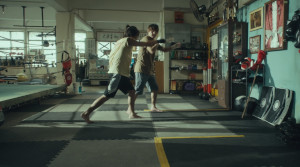 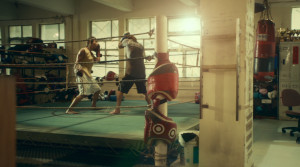 Review: By now, you should really think long and hard about how to add some color to the all too well-known story of a loser transforming into a boxing champion. Director Chiu Sin-Hang did just that, and came up with simply putting a superhero ability into the mix. However, it's a supernatural ability that turns out to be quite useless. Unless, of course, we are talking about boxing. Here, one second can make all the difference between victory and defeat. Because of this ability "One Second Champion" gets a special touch, even though it otherwise checks off all the typical genre boxes. It is also pleasant that, initially, Chow does not devote himself to boxing for his own sake, he only starts to get interested in it when he sees his son's bright eyes and realizes that he can finally be a role model for him. With that, the movie also works on a human level. 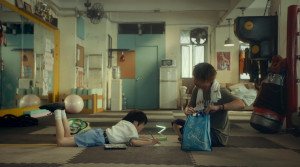 Director Chiu Sin-Hang, who also shared the director's chair for "Vampire Cleanup Department", takes on the role of the teacher as well, although his role first seems to be more of a suppliant. He plays a boxer who struggles with asthma and has to cope with an unhappy childhood that still haunts him. He wants to prove something to himself and the world, but he actually has no chance in the ring, which is why Chow now represents a new opportunity for him. Chow, portrayed by Cantopop star Endy Chow, is someone who has lost his way in life, not least because of his father, who always tried to exploit his talent. But he himself is actually a good father. At least, as far as he can. This makes him pretty likeable despite his laziness and general aimlessness in life. Moreover, his son has a tough time, as his hearing difficulty repeatedly leads to him being bullied at school. So you can see that the movie wants to offer a lot on a dramatic level, too. 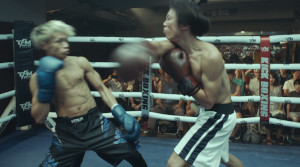 Despite everything, the flick is not trying to enforce tears. Fate doesn't really mean well with anybody in this movie, but consistency and the courage to change, make Chow into a man who forges his own destiny. Of course, this change is also shown on a physical level, which is a must-have for the genre. However, the training scenes are not excessively pushed into the foreground; on the contrary, at one point, there's even a surprising leap in time, and we get to see the training sessions parallel to that. This prevents making us watch something that we have already seen on screen a thousand times before. But if you want more training sessions, just wait for the end credits, because there you get to see how the actors went out of their way to get in shape for the movie. 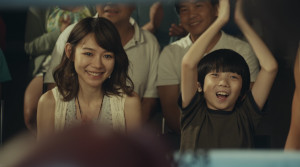 Of course, the real gimmick of the flick is Chow being able to look ahead one second into the future. This second makes Chow into someone who is impossible to hit in the boxing ring. There is something satisfying about seeing him dodge every blow with smooth movements. In addition, there's a scene showing us how Chow himself sees the fight, and so we have him and his opponent in the ring as multiple, time-shifted versions. Visually, director Chiu does not push things too far, but the effects he uses are well-done, same goes for the opening credits with the names superimposed on various walls or objects in the surroundings. The supporting actors also do a decent job. In fact, all characters are burdened with some sort of emotional scars, but the movie's tone always stays positive. Lin Min-chen ("The Fatal Raid") more or less plays an alcoholic with a mild depression, yet, the flick never gets too serious, and director Chiu does not make the mistake of trying to establish a cheap love story with her. At most, it just gets hinted at. 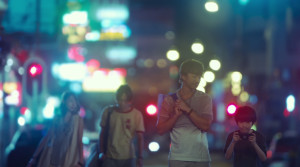 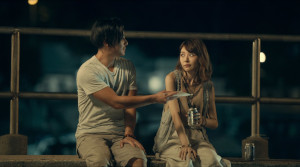 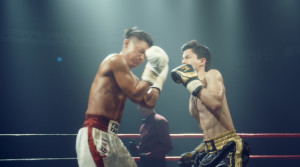 It's a pity, that while the villain also seems to have a backstory, we don't get to see it. He has a big problem with people not giving their all in the ring, and he is annoyed by his manager, who is only focused on attracting sponsors and therefore chooses the opponents accordingly. The antagonist could actually have had some depth, but here the potential was not fully tapped, and so his behavior at the end just seems a bit... strange. Of course, you shouldn't expect a finale in which Chow can actually use his ability, because that would have made the story really boring. That one second is simply too much of an advantage. Generally, the finale is somewhat problematic though, as it seems a bit hasty. In the end, "One Second Champion" is a small movie which has an interesting twist regarding its boxing theme, and which has a lot of heart. While not everything is properly polished here, it mostly also makes the flick seem authentic.