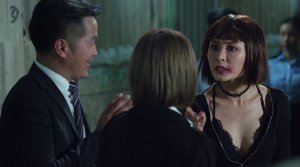 Story: Inspector Tam (Patrick Tam Yiu-man) and Madam Fong (Jade Leung Chang) work for the Hong Kong police force. 20 years ago they were part of a secret operation in Macao which went very bad. Things turned into a shootout during which not only a lot of police officers were killed, but Madam Fong accidentally put a bullet into the head of her colleague Hei (Michael Tong Man-lung) during the gunfight, too. While she is still plagued by that accident to this day, Hong Kong police also doesn't pay any compensation to the victims' families because the operation officially never took place. Now, Tam and Fong need to go to Macao once more, as they have to protect the female deputy commissioner. Then they are attacked by three drug-addicts/gangsters. Policewoman Alma (Jeana Ho Pui-yu) and Zi Han (Lin Min-chen) from Interpol are thus forced to work hand in hand with female Macao police officers Sheila (Hidy Yu Hiu-tung) and Tong Yu (Jadie Lin Linqi). They manage to locate the three gangsters, but for some strange reasons they are captives themselves. It seems that the police is walking right into a trap and soon it turns out who is behind all of this: Hei. However, it's not only a surprise that Hei is still alive, but who his partner is, who actually pulled all of this off. A bloody battle ensues... 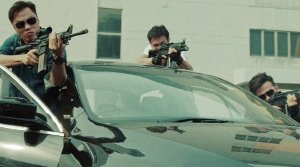 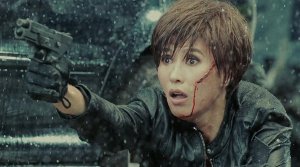 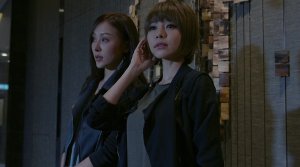 Review: First, this action flick looks like a normal Hong Kong thriller. Soon, it turns out, though, that this is actually a movie from the girls-with-guns subgenre. And this is where we have to address the big problem that runs through the whole movie. This subgenre mainly centers, as the name already implies, around a certain "fetish": Girls taking out bad guys with big guns. Those movies certainly don't take themselves too seriously and accordingly you are quite aware of what you are getting into - just a little bit of fun, naturally a guilty pleasure since you are in fact watching some serious nonsense. "The Fatal Raid" in fact oftentimes takes itself very serious, however. And this leads to a finished product that's neither fish nor fowl. The story around a fallen hero, the featured drama, which also includes elements of brotherhood, all of this wants to amount to a true HK-thriller - but then again there are a few scenes during which the actresses walk through the scene as if on a catwalk. 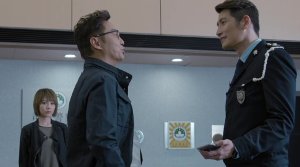 After a short while the movie cuts into a pretty captivating flashback. Soon, we find ourselves in a shootout, but then one of the most ridiculous aspects of the movie steps into the limelight. For several minutes, and this isn't even an exaggeration (actually it's even longer), the two parties shoot at each other and nothing happens. Even though cops and gangsters have only a few yards between them all of the bullets miss their mark. You inevitably have to ask yourself if this is intentional, being an attempt to make fun of action movies. But nothing really points in that direction. Eventually, someone finally hits the mark and following this others are suddenly capable of aiming as well, dramatic sequences are the result and we get a cut back into the present. Still, this flashback proves to be too long, even to that degree that it becomes a bit confusing when we are thrown into the present. Making matters worse is that this is done with some text, which doesn't make the movie look that professional. 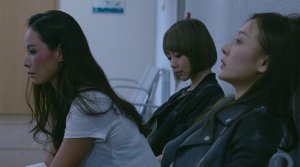 Nevertheless, in general director Jacky Lee seems to know his craft. The movie itself looks like well produced Hong Kong cinema with some nice camera work. When the credits roll we also see that Lee in fact had quite some fun and created a couple of nice scenes. By the way, this behind-the-scenes put-together is probably the best part of the whole movie... After all, "The Fatal Raid" tells a story about traumata, justice and vengeance in a rather heavy-handed fashion. All those serious emotions would have been in need of a better screenplay. We can't quite get the decisions of the characters, although we are quite aware what kind of story the director was actually trying to tell and that this could have been successfully done with the help of a good screenwriter. However, one of the most apparent weaknesses is that the women on screen are in fact just eye candy and don't have any real background story, let alone character traits. 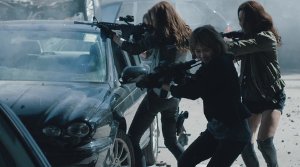 Strangely enough, the two male characters, who more and more enter center stage towards the end, in fact feature more colors than the rest of the cast. Because of the unexpected deconstruction of good and evil, since this seems rather out of place in a movie about girls with big guns, you have to ask yourself if it atually isn't the men we should be rooting for. In its core "The Fatal Raid" can't possibly deserve to be called a drama, since the acting isn't good enough for that and the focus lies on the action too strongly as well. The action puts the girls in the foreground, as it should - considering the genre. But the shootouts soon become tedious. Just too hear the sound of machine guns without any real consequences - as you remember, no one is actually hitting anyone - simply isn't convincing. Therefore, it seems even the more surprising that the hand-to-hand combat turns out pretty good, including some serious grappling. 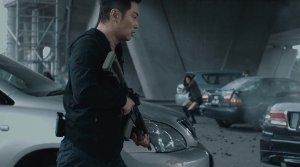 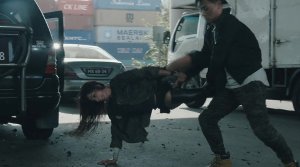 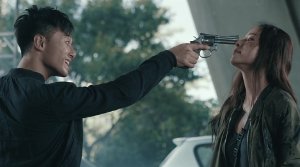 This was actually supposed to be a sequel to "Special Female Force", but at some point during production filmmakers decided to turn this into a serious movie. I can't say that this was a good decision. There may be moments in "The Fatal Raid" were we get some winks, telling us that you shouldn't take all of this serious, but this proves to be even more out of place since the rest of the movie tries to be no brainless fun ride. And yet it is! However, I have to admit that I almost never visit the girls-with-guns genre, the only movie coming to mind is "So Close", and I'm not sure that counts. The directing in "Fatal Raid" isn't bad, the camera is sometimes whirling around a bit, but that's not a bad thing and it also doesn't make you sick. It actually creates a good dynamic, keeping the pacing up. Apart from that this flick has nothing else to offer, though. Its unique selling point isn't put to good use and the movie lacks the lightheartedness you would expect from such a picture. Because of that the director has thrown away the only potential strength of such a genre piece. A shame...