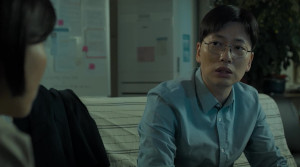 Story: Jeong-yeob (Lee Dong-hwi) has been looking for a job at a good law firm for a while already. He currently lives with his sister and her husband, but since Jeong-yeob's situation hasn't changed for a long time now, his sister is pushing him to finally find a job. So, he starts working at the local child and youth services. One day, the police ask him to come to the station, because the ten-year-old girl Da-bin (Choi Myung-bin) accuses her stepmother Ji-sook (Yoo Sun) of abusing her. Jeong-yeob soon realizes that he can't do much in his new job except for bringing the child back home and rebuke her mother for her behavior. But for Da-bin and her younger brother Min-joon (Lee Joo-won) this only makes things worse. Although Da-bin is still abused by her mother, teachers and neighbors choose to ignore what happens to the girl at home. The biological father is not interested in his children anyway, and so he does not care about how his new wife treats them either. So, Da-bin and her brother come to Jeong-yeob almost every day, and he has to entertain them. That, too, is part of his job. But when Jeong-yeob finally gets a job at a highly respected law firm in Seoul through an acquaintance, he leaves everything behind, because his lifelong dream has finally come true. Da-bin feels let down by the last adult she still trusted, and shortly afterwards, it comes to a disaster in her family... 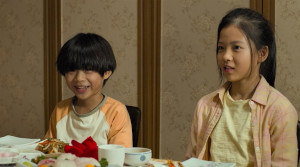 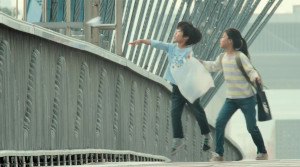 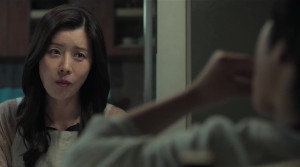 Review: South Korea has a big problem, which the media repeatedly picks up on: child abuse. And concerning the level of cruelty, you have to ask yourself whether the perpetrators can actually still be called human beings. "My First Client" takes on one of the most famous cases of recent years and creates a movie around it. This is a difficult undertaking, and therefore the biggest problem of the flick is the fact that it is a movie. At first, this may sound like a strange point of criticism, but in order to win over a large audience, movies need to be as gripping, dramatic, and entertaining as possible. With a subject matter like child abuse, these requirements can often seem a little inappropriate. A documentary might have been a more fitting format. Nevertheless, you have to admit that the movie mostly does a good job presenting its story in a way that affects us deeply. But it all seems a little bit too commercial. 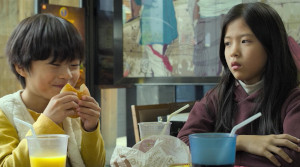 The family, around which everything revolves, already has to struggle with the fact that the children have no mother, their father is hardly interested in them and is physically absent most of the time. In a way, little Da-bin therefore takes on the maternal role for her brother, until there is finally a new woman in their life. Having a mother at last, makes the adorable children happy, but this happiness is short-lived. The horror begins with the fact that little Min-joon cannot eat with chopsticks. From now on, Da-bin is responsible for him learning how to do it. When the little boy is still quite clumsy with the chopsticks, you already suspect that there will be a terrible punishment - but then, the movie cuts to another scene. This works pretty well, because at first, we can only make assumptions about the extent of the abuse, and we only get to see some injuries at the girl's neck. As the plot progresses, though, things get visually more unpleasant, and the graphical scenes become crueler. 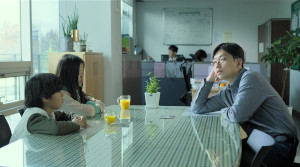 The two child actors are brilliant, especially Choi Myung-bin as Da-bin is very convincing, even if, towards the end, the script does not know how to portray her trauma truthfully. Lee Dong-hwi ("Extreme Job"), who normally only plays supporting roles, is the actual lead here and portrays a guy who is incredibly lazy, and who cares little about his job. Of course, this changes over time, and he is no longer willing to sell his soul for money, etc. Weve seen this a million times before, and this is where the movie features some pretty stereotypical scenes. Therefore, you cannot really warm up to the main character, even though he is quite sacrificial later on, and we are clearly supposed to sympathize with him. Yoo Sun ("Moss"), who plays the stepmother, manages to show the necessary degree of menace in her expressions, so we immediately do not like her. Later, we even wonder how Jeong-yeob still manages to control himself and why he does not attack her when he basically witnesses an abuse, because boundaries like not hitting a woman clearly do not apply to a monster like her. 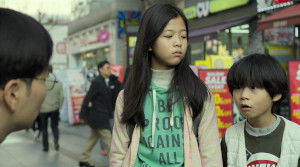 Towards the end, during the inevitable court scene - again everything seems a bit standard here, but at least the scene does not drag on too much -, Yoo Sun once more manages to show us more facets of her role. In court, however, we also get a scene which emotionally pulls us out of the serious case, as it becomes obvious that we are watching a drama that wants to make us shed some tears. The movie almost turns into a tearjerker, which is a pity. Dramas such as "Miss Baek" show a more coherent tone in this respect. "My First Client" also struggles with the fact that it tries to lighten up the serious subject matter, and surprisingly often so. At the beginning, you even feel like you are watching a comedy when the movie tries to show us how Jeong-yeob and the two children build up a relationship. However, you have to ask yourself whether it is really necessary to use humor with such a topic, just to appeal to a broader audience. 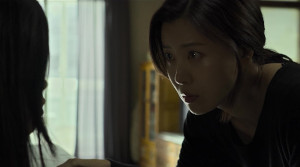 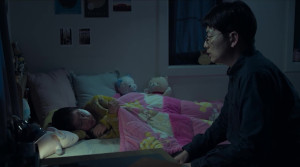 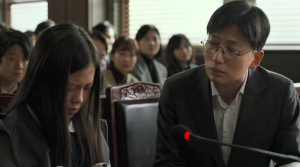 The special thing about this actual case, which is by no means an isolated case in Korea, is that the mother is the perpetrator. At the beginning, however, there are also some subtle hints at the fact that the fathers knowledge about the abuse also makes him an accomplice. Everyone else in the two childrens environment, such as the teachers and the neighbors, also bear part of the blame, even though not legally when it comes to the latter group of people. Unfortunately, this story element does not get a closer look and it even gets dropped towards the end. Of course, the storys hero also bears part of the blame, and "My First Client" quite convincingly shows how he tries to live with his guilt and make amends. In addition, the movie is touching because of its subject matter, and it always has some punches to the gut in store, but due to the somewhat exaggerated dramatic elements it loses some of its power. Despite some points of criticism, this is, all in all, a drama I would certainly recommend watching.