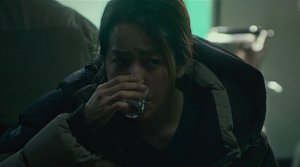 Story: Baek Sang-ah (Han Ji-min) holds down all kinds of different jobs and leads a seclusive life, even though her boyfriend, the police officer Jang-seop (Lee Hee-joon), tries to pull her back into reality. But Sang-ah's childhood scarred her too much and makes it impossible for her to live a normal life. When Jang-seop tells her that they found her mother's dead body, Sang-ah seems hardly interested. Her alcoholic mother abused her as a kid and eventually gave Sang-ah away. One day, Sang-ah sees the little girl Ji-eun (Kim Si-ah) on the street. She looks famished and has countless bruises all over her body. She treats the girl to a meal, but a woman turns up and introduces herself as Mi-kyeong (Kwon So-hyun), the girlfriend of Ji-eun's father. It is quite obvious that the little girl doesn't want to go with the woman, but Sang-ah cannot meddle in other people's affairs. At home, Ji-eun has to live in the laundry room or the bathroom and Mi-kyeong constantly beats her. The father sits in front of the computer all day and plays games. However, Mi-kyeong hasn't given up hope that one day, he will turn his life around. She blames his little daughter for him turning into a loser. When Sang-ah sees the little girl on the street again, Ji-eun has new injuries. The police seem completely uninterested and even if the parents agreed to give the girl away, Sang-ah wouldn't be allowed to take her in, because she has a criminal record... 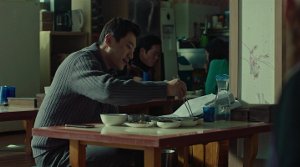 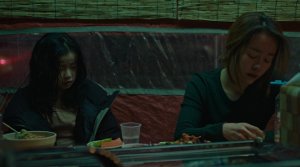 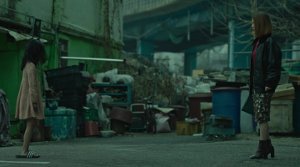 Review: "Miss Baek" is a gloomy drama about child abuse and does not only convince with its brilliant acting performances, but also with its incredibly bleak atmosphere, which is reminiscent of a film noir completed by a warm counterpart through the little girl and her motherly guardian. This drama-thriller does not just capture your heart, but also punches you in the gut. This movie is based on a true story and gives a voice to all the child abuse victims, not only in Korea. It also criticizes a society which obviously does not seriously deal with this topic, especially since teachers in Korea were still allowed to hit their students as corporal punishment not so long ago. There would have been so many possibilities to spare little Ji-eun all the suffering, but nobody actually really cares about what happens to children like her. 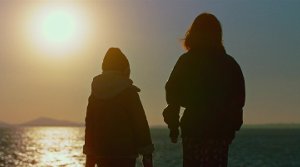 Han Ji-min ("The Age of Shadows") plays a strong, willful and seclusive woman, who has to live her life with all kinds of scars due to the abuse she had to endure as a child by her alcoholic mother. But over time, we come to know that her mother was not simply a monster. She suffered from depression and realized how badly off her daughter would be if she kept her, so she gave her away. That does not lessen Sang-ah's pain as an adult, but over time - at the beginning she emotionally locks away everything about her mother - and through the little girl she takes care of, she is able to face her past. Actress Han Ji-min knows exactly how to portray a tough woman, who won't listen to anyone, but at the same time has also already come to terms with how her life has ended up. Her pain as well as her inner strength make Sang-ah an interesting character. 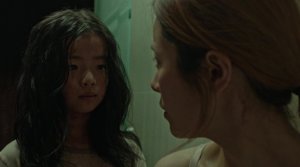 Men, however, are not only vastly under-represented in the movie, but are also written as flat characters. First, there is the abusing father, who used to be a victim himself and now can't face reality and flees into the world of computer games, and secondly, there is the police officer, who is kind of Sang-ah's boyfriend, wanting to marry her for a long time but is constantly turned down, because she does not want to endure his pitiful look for the rest of her life. However, his function within the movie is to ward off bad consequences for Sang-ah. Because the protagonist always acts without due consideration, it is up to the police officer to legally protect her, but that is basically all there is to his role. Then there is Mi-kyeong, who goes to church and loves her dog to death and generally leaves an impression to be a nice woman, until you get a glimpse behind the curtain. She is the one who abuses Ji-eun in horribly ways, because she hopes the girl might finally die and her boyfriend would come back to his senses. 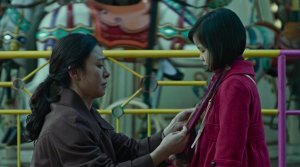 But young actress Kim Si-ah is the real star of the movie. Her anxious look or the moment when her "foster-mother" wants to take her with her and she shakingly takes Sang-ah's hand, immediately and impressively awakens your protective instinct. Little helpless Ji-eun even manages to trigger something in an apparently cold person like Sang-ah, and the little girl thanks her from the bottom of her heart when she gets to see the sea. But all this is hardly surprising as Ji-eun reminds Sang-ah of her own pain she still carries around. The scenes between Sang-ah and Ji-eun, who understand each other without having to say a word, are the most intense moments in the movie. But the scenes in which the little girl is locked away in the laundry room or the bathroom showing us how she fights to survive, can also move you to tears. "Miss Baek" is not just a drama supposed to cut to the quick, instead it strives to unscrupulously portray the world's cruelties. 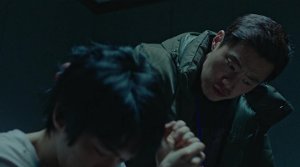 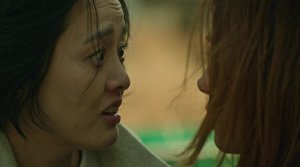 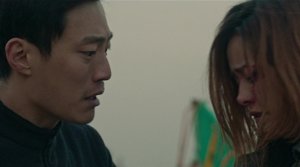 But of course, there is a light at the end of the tunnel. Sang-ah wants to fight for the little girl, but this seems nearly impossible for a woman with a criminal record. She had to defend herself against a rapist in the past, but because he was the son of a very important man in the industry, she was the one who was arrested. Once more, you can see the criticism of Korea's society here. However, even though Sang-ah generally seemed to be a rather calm person, we then get to see her ever so dormant rage slowly awaken. This leads to an action scene towards the end of the movie, which seems rather redundant and weak. "Miss Baek" is no revenge drama and in her otherwise absolutely convincing movie, director debutante Kim Ji-won should have taken a pass on this sequence. "Silenced" already dealt with the topic of child abuse, but "Miss Baek" delves into the issue a little bit deeper and gets even more personal. The movie is both dark and emotionally gripping.