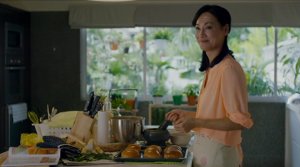 Story: Mrs. K (Kara Wai) is married to a gynecology (Wu Bai) and has a daughter (Siow Li Xuan). However, in the women's life not everything used to revolve around domestic happiness. One day, a former policeman visits her and tries to blackmail her. He knows that fifteen years ago she was part of a big heist at a Casino in Macau. Her former accomplices were killed and the blackmailer soon finds out by whom. The former policeman Scarface (Simon Yam), who was also involved in the robbery, has been searching for Mrs. K for ages and due to the blackmailer he now knows where she has been all these years. Back then, he betrayed his team and wanted to keep the money for himself. This is why Mrs. K had no choice but to shoot him. Unfortunately, Scarface survived and suffers from gruesome headaches ever since. He kidnaps Mrs. K's daughter and demands ransom. But Mrs. K knows that Scarface just wants revenge. Therefore, she tries everything in her power to find her daughter. Her daughter, however, manages to escape on her own. But because she is in the middle of nowhere, the question is who will find her first: her mother or Scarface. 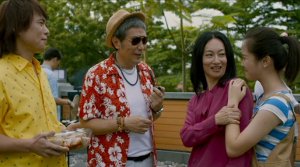 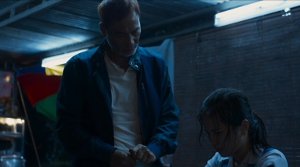 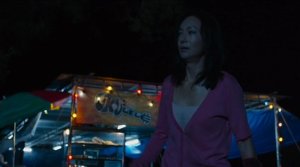 Review: With movies like "Mrs. K" critics just have to be at odds with themselves. However, this should not come as a surprise, as the thriller - which without a doubt is reminiscent of "Taken" - is rather inconsistent in its overall tone. There are enough elements, which make the movie memorable, but there are also moments, which make us think we are dealing with an independent flick. The confusing script seems to be responsible for the fact that the plot doesn't follow a clear path, but rather chooses to take side roads, which don't really help the story. As an action thriller, the movie is too slow, as well. Even though there are some action sequences, which are really convincing, the danger is always palpable and the punches and kicks do have the necessary physical impact. But over and over again, director Ho Yuhang shows us that he doesn't know which way he himself wants to go with his movie. 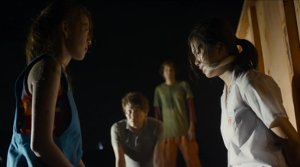 Instead of Liam Neeson as in the aforementioned "Taken", we get Kara Wai (or Kara Hui) playing the aging action star. With "My Young Auntie" she is immortalized in one Shaw-Brothers classic, but nowadays we get to see her in more quiet roles like in "Rigor Mortis". Not surprising, as she is already in her late fifties. However, it seems like director Ho sometimes tries to put her back into the limelight as the action icon. Or at least he tries to give her a comeback as a leading actress like Tarantino did with Pam Grier. This comparison seems legit because Mrs. K got a spaghetti western song by Franco Micalizzi and Roberto Pregadio as a musical theme, and Tarantino used these kinds of soundtracks, too. The song offers a strange contrast to Fugu's otherwise synthesize-heavy soundtrack, which also seems to follow the 80s nostalgia awakened by "Stranger Things". 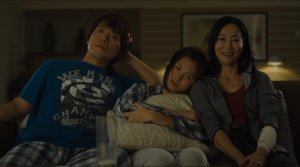 The problem is, that "Mrs. K" doesn't feel like an 80s movie at all. Therefore, the music already shows us that you don't get a consistent thriller here. Sometimes, the contrasts are just too incompatible. This also gets clear in the scene, in which Mrs. K is introduced. She is light-hearted and we get a hint that she might have some skeletons in her closet. This introduction doesn't prepare us for the otherwise rather dark thriller, though. The movie's tendencies to tonally shift get clear within the plot development, as well. On several occasions, the daughter manages to escape, only to be captured again soon afterwards. Mrs. K seems to be running in circles, as well. Apart from that, the bad guy's motives, played by Simon Yam ("Two Thumbs Up"), remain rather unclear, too. At least, his behavior doesn't always match what we know about him. Of course, one could say that his character is supposed to be more complex than it seems at the beginning, but if that is the case, the script writers just did a bad job. 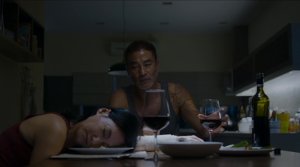 The change in locations is weird, as well. And it gets even worse with occasional dream sequences, as their right to exist are rather questionable, to put it mildly. Some ideas and cuts are clearly supposed to confuse the audience. Especially the scene, in which one of the main characters apparently gets run over by a car, is really weird. Yet, you have to ask yourself whether director Ho didn't just simply want to showcase some sort of sense of humor. This can be seen in the parallel scene, in which one of the kidnappers wakes up a second time and discovers the kidnapping victim not being in her place anymore, again. But in this case, the humor is not executed successfully. It is simply not done correctly. Same goes for the characters, which all seem to have some sort of depth to them but never show any of it to us. 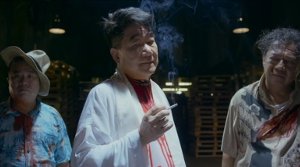 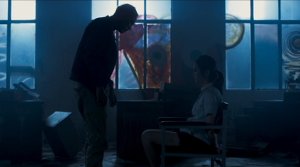 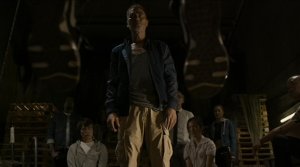 There are also some cameos from both veteran stars and young talents, although Fruit Chan's appearance (director of movies like "The Midnight After") is the weirdest one. Even though "Mrs. K" really tries to be an action thriller, it isn't fit for a wider audience at all. However, the movie's peculiarities always create some sort of fascination for what we see on screen. In addition, the action and brutality is used scarcely but manages to surprise with its quality. Therefore, the movie has quite some entertainment value. A well-done finale rounds off an otherwise mixed overall impression. In the end, all that there is left to say is that "Mrs. K" charms with its specific peculiarities, but manages to always entertain so that those pecularities aren't just to be equated with the negative kind.