Story: Siu-Ho (Chin Siu-Ho) was once a successful actor, but his best days are a thing of the past. After a dramatic event in his life he moves into a small apartment of a run-down building. There he meets some illustrious characters. The former inhabitant of his apartment, Feng (Kara Hui), constantly walks past his doorstep since something gruesome happened there and she wants to find closure. When Siu-Ho tries to commit suicide - the only reason why he moved into the small apartment - a ghost possesses him and the former daoist monk Yau (Anthony Chan) comes to his rescue. Yau tells Siu-Ho that he was once a vampire hunter and is now the owner of a restaurant at which the former actor also runs into Mui (Bau Hei-Jing), who because of a recent loss turns to monk Gau (Chung Fat). Gau meddles with dark magic and soon after Mui asked him for help there isn't just ghosts haunting Siu-Ho's apartment but a vampire is striking terror into people's hearts as well...

Review: Juno Mak's homage to the "Mr. Vampire"-series is an unusally dark horror film that stands out with beautiful picture composition. The movie's outstanding display of visuality as well as the impressive special effects create an extremely tense atmosphere that makes "Rigor Mortis" one of the best horror films coming out from Hong Kong in years. Considering the nature of the original movies you might be surprised that this reinterpretation goes completely without any humor. Yes, the director even manages to portray the hopping vampire, the trademark of vampires as they are depicted in the far east, as an outright scary being. For this alone director Mak deserves words of praise. But not everything is perfect in this horror flick as the screenplay would have needed some more fine-tuning. 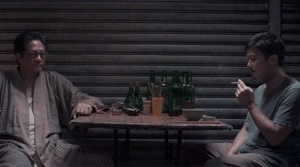 Still, first it needs to be pointed out that actor-turned-director Juno Mak ("Revenge: A Love Story") delivers a truely fantastic work with his directing debut. He got some helping hand in the shape of Takashi Shimizu, known for his directing work for "Juon - The Grudge", who shared his experience in the genre. The eye for details Mak proves to have and the imaginativeness makes "Rigor Moris" without a doubt something special. Actually, this horror film seldomly makes you jump out of your seat, meaning that there aren't those well-known sudden scare moments when the volume is turned up, and that's something to be thankful for as the movie proves this way that horror can also be created by a very creepy atmosphere. Also coming into the equation are some fantastically designed sets. 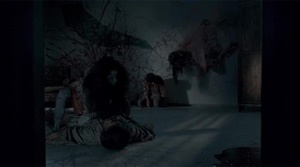 The grey in grey, the run-down apartments, which nonetheless come to creepy life thanks to well-done lighting and love of details concerning the design, and a well-achieved directing make you sit in front of the screen thrilled even during the more quiet scenes. And there are quite a few quiet scenes. The pacing is rather slow, but that leaves more room to open up to the movie's atmosphere. And that's necessary, because the story around Siu-Ho is told in a pretty muddled way. Moreover, he remains very shallow as a character and so the biggest flaw of "Rigor Mortis" is that the film is too cold and lacks any real emotions or drama. After all Siu-Ho wants to commit suicide so you could argue that some more background story could help the viewer to get more emotionally involved. Sadly, his past more or less remains a mystery.

To get Chin Siu-Ho ("Fist of Legend", "Tai Chi Master") from the original "Mr. Vampire" on board was a nice idea - and since he somehow plays himself this opens up another meta level for the horror movie as well -, Anthony Chan and Billy Lau are also to be seen and even the already deceased original vampire-hunter actor Lam Ching-Ying appears in a picture. So there is quite some fan service, but "Rigor Mortis" deals with the subject of ghosts and vampires in a very serious fashion and more importantly manages to introduce the magic practiced by the daoist monks as something dangerous and baneful. You also don't need to have any knowledge of the original because we get to see in detail how a vampire actually comes into being. And they certainly aren't funny guys. There is only one single vampire, but because of his strength he becomes a serious threat for the inhabitants of the building and so "Rigor Mortis" can be surprisingly bloody, too. 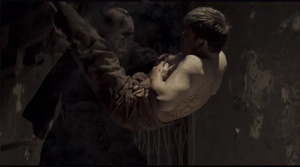 The outstanding achievement concerning the visuals reminds us of "Re-cycle". However, the Pang Brothers haven't been able to deliver a acceptable horror film in a long time and so Juno Mak seems to be the new hope at the horizon. I was especially surprised by the outstanding special effects which along with the imaginativeness of the picture composition and the all-apparent creepy atmosphere succeed in shaping something unique. Thus, it's even the more sad that the story and the characters are too cold. The ending wants to deliver a twist at the last second, but even though it wants to claim being art-house-like and you actually are forced to think about it, it couldn't really convince me. Accordingly, "Rigor Mortis" is no masterpiece, but a visually stunning horror film that your eyes can't get enough of, and the amosphere is just about right. Mak want's to edit a Director's Cut of the movie, maybe some of the flaws will be eliminated then. But anyway, we can only hope that we will see more of him in the future.