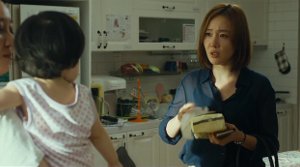 Story: Ji-seon (Uhm Ji-won) is in a legal battle with her husband since he wants sole custody for their child Da-eun (Seo Ha-nee). Furthermore, she is so occupied with her job that she even misses a court trial. The consequence is that for now she has to hand over the baby to her mother-in-law in a few days. At the moment, there is Chinese nanny Han-mae (Gong Hyo-jin) taking care of the child and without her Ji-seon would be completely lost. However, Han-mae and Da-eun suddenly vanish without a trace. Ji-seon desperately searches for clues what could have happened since she can't simply go to the police. If she were to admit that her child has been kidnapped she would lose custody for good. She turns to broker Hyun-ik (Park Hae-joon) for help who is also looking for Han-mae since she owes him money. Ji-seon's research points in the direction that Han-mae actually kidnapped her child. The police are eventually involved in the case and they instantly suspect Ji-seon to be the kidnapper. But at some point Detective Park (Kim Hee-won) starts to believe the mother, that there is more to this case... 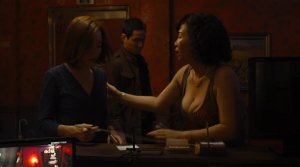 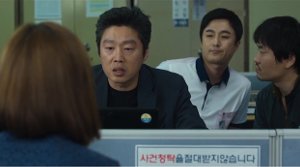 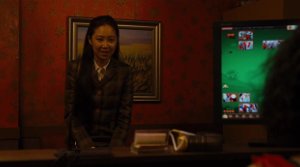 Review: When a movie is called "Missing" it should be self-explanatory what it roughly will revolve around. The fact that a mother is desperately looking for her child also won't win any points for originality. Maybe the low expectations are also the reason why this drama ultimately squeezes a lot more out of its premise than what you would expect. There are social ills in the country woven into the well-known plot of motherhood and what it will make you do, and there is a strange connection unfolding between the two female protagonists. This is where you clearly realize that there have been women at work not only in front but also behind the camera here, as the drawings of the mother and the nanny are three-dimensional, introducing refreshingly new impulses. This doesn't make "Missing" a masterpiece, but a movie which proves that in the still pretty traditionally oriented Korea women should be given the right to tell their stories more often. 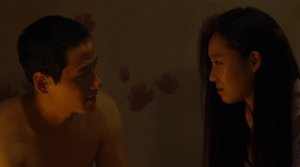 For male audiences this may sound as if "Missing" is a slow-paced drama for women, but that's not the case. The movie is at times surprisingly dark and even resembles a thriller. The pacing is constantly high without events suddenly turning the drama into an action flick, and the ending fittingly comes across anticlimactic. What easily could have ended up making a negative impression simply comes full circle back to the beginning of the story. The story deserves some special words of praise for the fact that the border between good and evil becomes blurred. You have sympathy for the motives of the individual characters, which is a strong achievement and so an invisible bond is slowly created between the two presumed enemies. They are probably not that different from each other. 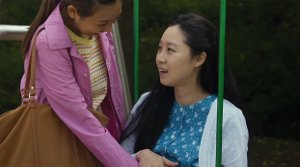 The events aren't always told in a chronological manner. It seldomly becomes difficult to pinpoint what time level you are in now, though, and the mystery surrounding Han-mae and her sudden disappearance actually sucks you into the story since there are new clues dug up in just the right time interval. Those clues are in fact surfacing thanks to investigation and not just by chance. And even though men might not play a prominent role it is nice to see that they don't just stand in the heroine's way, but realize that there is really more to the case than just a mother who hides her child to avoid having to give it to its father resp. mother-in-law. And the events that are uncovered after that lead us to the darkest corners of Korea. 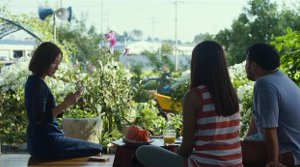 The marriage of Chinese women with Korean men who have some sort of disability is a clear reference to the many mixed marriages with women from South East Asia. Those South East Asian women are treated as if being second-class citizens and thus have only little chance of success in a country where people are - there is no better way to put it - very xenophobic towards people of other Asian nations. The results are Chinese slums and organ trafficking as well as prostitution. That's where the movie introduces a pretty dark tone. In respect to the color palette the director makes use of that of a thriller, too. In other scenes female director Lee Eon-hee ("...ing") puts them in contrast to autumn colors which are supposed to illustrate the happiness of a mother. It's particularly those contrasts that make the movie work out so well visually. Apart from that it's especially the actresses who carry the movie so well. 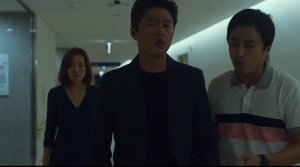 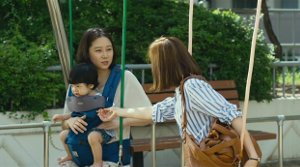 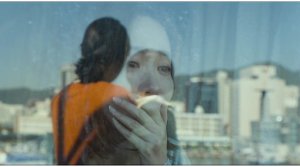 Uhm Ji-won ("Master") plays the woman who spends nearly no time with her child because of work and who we thus can't really sympathize with. But her will to get her child back no matter what wins us over in the end. Uhm manages to show some strong emotions which never result in her overacting. However, in this regard Gong Hyo-jin ("A Single Rider") does an even better job. Since Han-mae isn't able to speak Korean that well, Gong has to express herself a lot through facial expression and although she might come across as mysterious at the beginning Gong is allowed to bring more and more emotions to the screen and she does so with flying colors. In the end, it's this fact, too, which makes "Missing" a drama that gives a well-known story new impulses. For this alone a recommendation is justified.