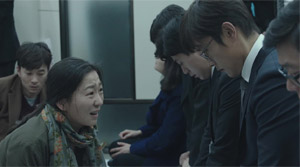 Story: Kang Jae-hoon (Lee Byung-hun) is an executive manager of a billion-dollar company which has been driven to ruin because of venturous speculation. Kang has to face the wrath of his clients and on a daily basis gets calls by angry people who were cheated of their money. He doesn't want to deal with any of this anymore and seems to make preparations for his suicide. But then he sees a picture of his wife Soo-jin (Gong Hyo-jin) and his son (Yang Yoo-jin), who he sent to Australia two years ago for them to learn English, and he changes his mind, booking a flight to visit them. When he arrives he realizes, though, that Chris (Jack Campbel), who along with his own daughter spends a lot of time with Kang's wife and her son, might have an affair with Soo-jin. Kang continuous spying on them, but also runs into the girl Jin-ah (Ahn So-hee) who is in Australia because of the Working Holiday program and wanted to exchange her money through some fellow countrymen since they offered her a better exchange rate. But they actually robbed Jin-ah of her money and so in her time of need she asks Kang for help. But he just wants to find out whether Soo-jin plans to leave him or not since she has applied for a job in an orchestra despite her being supposed to fly back to Korea soon... 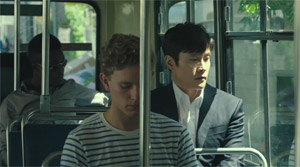 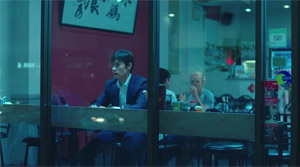 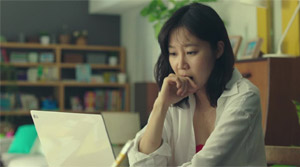 Review: "A Single Rider" is an oddly familiar mystery drama which gets some unique features for the reason alone that it was shot in Australia. It's also strange that Warner Bros. produced this big-budget independent movie. Particularly since female director Lee Zoo-young delivers her delicate directing debut here. Although the movie struggles with a few undeniable weakpoints the end product stands out with a pleasantly melancholically captured trip into the mind of a protagonist during which we don't just get to see remorse and despair. The true driving force of the drama is naturally Lee Byung-hun who after his latest movies like "Master" and "Inside Men" finally is allowed to show a quieter side of his again. 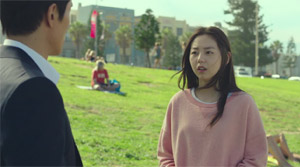 Lee's subtle and emotional depiction of a broken man who realizes that he did everything wrong in life doesn't remind us of "A Bittersweet Life" without a reason. Because in that movie the protagonist locked his feelings deep inside him as well and then came to a point where it was too late to act them out. The at times leisure pacing easily could have given room for some yawns, but to watch Lee, with his head dropped on his chest, reflecting about his life, while one or two tears are running down his cheeks, opens up completely new levels of the drama and the story, which initially might come across quite minimalistic, but gets some depth thanks to the lead actor. Therefore, it's the fallen executive manager of a billion-dollar company that stands as the drama's pivot, despite at first looking as something like an evil man. After all, he cheated his clients of exorbitant amounts of money. 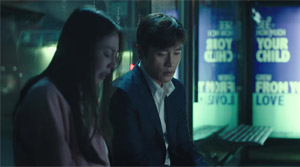 Initially, it seems as if Kang wants to take his own life. And that's also some sort of social commentary on Korean society in which financial ruin equals loss of face to such a degree that there are a lot more people committing suicide for that very reason than in other countries. At the same time it is a social commentary on a society which is made of thugs in suits who gamble away the money of their clients, and naive clients who don't realize that the promised profit margins are way better than what's realistic. As Kang tells Jin-ah at another point in the movie: If it sounds too good to be true, it actually isn't most of the time. But Kang eventually takes a flight to Australia to visit his family who is living there because he sent her to the country. To sent your wife and child to an English-speaking country for the child to learn English and later on have an advantage over other Koreans is just another one of those pecularities of modern Korean culture. 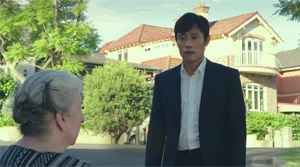 Having arrived in Australia Kang is lethargically wandering through the streets. He is etiolated so much, feeling completely empty within, that almost no one takes notice of him, allowing him to spy on his wife with ease. Only an old lady is bothered by him wandering through the neighborhood. Yet, there are still numerous questions popping up. Where does Kang sleep or why are there constantly certain chance happenings which aren't really believable and allow him to get more information about his wife? There are answers to that in a twist at the end which you can actually foresee pretty well, yet are led to have your doubts about because of certain inconsistencies. Those inconsistencies are ultimately more or less dissolved, though, and some hints scattered throughout the movie are even quite subtle. 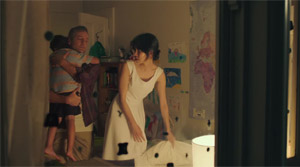 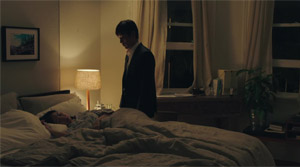 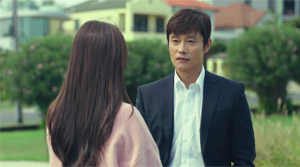 Acting-wise Gong Hyo-jin ("Sisters on the Road") is pretty covincing, too, while Ahn So-hee (member of girlband "Wonder Girls" and also to be seen in "Train to Busan") has rather little to do. Retrospectively you might realize what purpose the subplot around the working holiday-girl is supposed to serve, but it isn't intergrated into the big picture well enough. The pictures on the other hand are nicely captured, especially since Kang's perspective on the world seems to be that of a dream. The way he enters and leaves the house of his wife reminds you a bit of Kim Ki-duk's "3-Iron", too, and this movie is in great parts an art house flick as well. A wonderful score by Jo Yeong-wook ("Oldboy") also carries the mood of the picture perfectly. The slow pacing, a certain predictability and a mediocre subplot are easily absorbed by the melancholic, but not that sad atmosphere and an outstanding lead actors, making "A Single Rider" a recommendable drama.