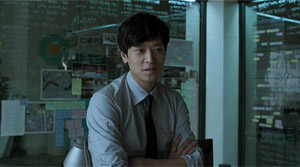 Story: Jin Hyun-pil (Lee Byung-hun) has devised the pyramid system "One Network", but he is always successful in making his followers believe that his system is one that will really make everyone rich. Giving Jin a helping hand in squeezing money out of his followers is computer expert Park Jang-goon (Kim Woo-bin). But the police are already hot on his trail. Kim Jae-myeong (Gang Dong-won) leads a small, secret special unit with the task to capture Jin. However, he isn't content with sending the con artist to prison, whose fortune is about 3 billion dollars, but he also wants to bring the men to justice who constantly help Jin to escape a sentence. Jin has a secret notebook, in which the names of the men are written who he has bribed in high places. Thus, Kim arrests Park and gives him a choice: Either he helps the police to get the notebook, which would make him avoid prison, or he continues trying to steal money from trustful people on a grand scale and will have to go to jail for a long time, eventually. Park doesn't have a choice, but to help the police, yet he tries to play both sides since he doesn't know which side will turn out be the winner in the end. 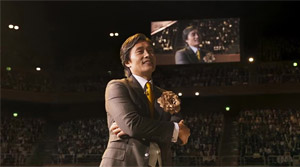 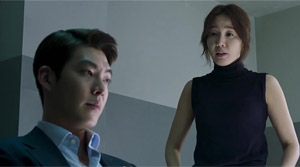 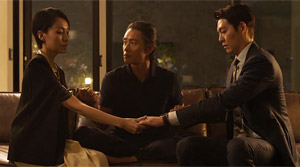 Review: "Master" takes its time bringing to screen an epic thriller around betrayal, corruption and the good old cat-and-mouse-game between police and gangsters. The movie doesn't lose its focus in a screenplay too complex for its own good, as is the case with so many similar movies taking the same line coming out of Korea these days, yet because of that very reason naturally also struggles with the fact that it can't live up to its title. There may be one or two twists and there is constantly someone being deceived, but maybe apart from the finale there are merely any surprises here. And despite a high entertainment value you can't deny that "Master" has some serious problems from the second half onwards with certain elements being repeated. Next to that some characters aren't as well written as they may seem at first. 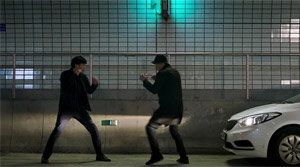 The battle lines are drawn soon and you also have to be thankful to the screenwriters that they don't torture you with a thousand names and unnecessary details leading to the audience losing track of what's going on right in the beginning. All too often writers mistake exactly this approach with telling a smart story. There are definitily moments of brilliance flashing in "Master", but only for a very short time and with only the most essential effort put into it. But you won't get disappointed. There are revelations and betrayal. Yes, this is all fun, which is why you can easily overlook the fact that the movie doesn't come along with a lot of action, instead a lot of planning can be seen on screen. Thankfully, director Jo Eui-seok doesn't approach the subject like so many Hong Kong movies nowadays in which an unfittingly fast-paced score generates artificial action. In "Master" the atmosphere is coherent. 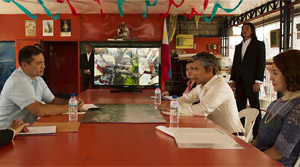 Jo Eui-seok doesn't deliver his first movie here and with "Cold Eyes" he has already brought to screen a convincing thriller. He creates a captivating mood and the giant amount of money, which the villain chisels out of his victims as well as the shift to Manila bestows something epic upon the thriller. Unfortunately, there are many elements of the story which get repeated. After roughly one hour the movie seems to end. But then we realize that the director in fact just restarts his story from the beginning. Actually, you get a feeling of déjà vu so many times that the thriller even loses some of its momentum and only relies on the viewer having an interest in the characters and which side Jang-goon is chosing eventually. 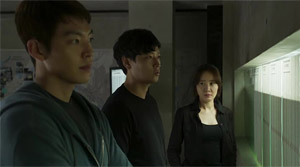 As is often the case in this sort of thriller the detective lacks any rough edges. Gang Dong-won ("The Priests") can't seriously give his character more color than what the screenplay supports him with and that's not a lot, after all. This means that your sympathies lie with the villain, since Lee Byung-hun ("Inside Men") once again manages to deliver a charismatic performance. Luckily, there is also Jang-goon, a born opportunist, who tries to play both sides until a winner can be made out at the horizon. Of course, this turns out to be a very dangerous game and Kim Woo-bin, who already played the main role in the similarly themed movie "The Con Artists", albeit without politics thrown into the mix as well, delivers a convincing performance so that the guessing we constantly have to do is also whether he is one of the good or bad guys. 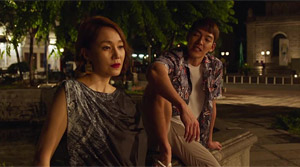 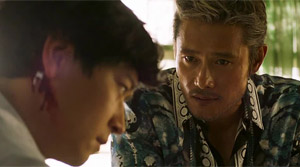 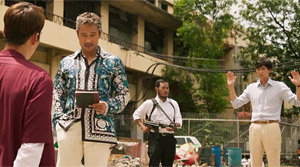 As already stated, there isn't the amount of thrills created in "Master" that would make you sit at the edge of your seat. However, things don't really get boring either. Moreover, there is in fact an interesting chemistry between the characters and the subject of corruption also has a socio-critical tone to it at all times. Still, it wouldn't have hurt the film to feature a couple more action sequences. Only during the movie's last twenty minutes the director shifts up a gear or two and delivers a nice shootout. The ending also counts among the most satisfying of the genre, with the exception that after the credits rolled we get an additional scene which doesn't truely fit to the rest of the movie. The biggest problem of "Master" is, though, that we apparently get two parts of a movie series in one single movie and the investigation is therefore going in circles. Yet, a recommendable thriller.