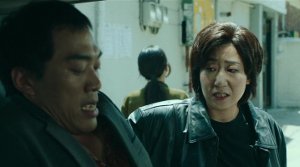 Story: Mi-yeong (Ra Mi-ran) is a tough female police officer, who is also capable of overcoming difficult situations through brute force. However, she eventually marries, gives birth to a chuld and now works in civil service. She passes on cases and provides information to residents. That's not really her forte, which is why she has to fear that in her division, where it is said that someone's job is to be axed, she is on top of the list. But before any of that could matter to her she gets a call. Female police officer Ji-hye (Lee Sung-kyung) has beaten up her husband Ji-cheol (Yoon Sang-hyun). This was actually a misunderstanding as Ji-hye took him for a wanted criminal. This is even the more awkward for the young policewoman since Ji-cheol is in fact her brother! Ji-hye is transfered to Mi-yeongs division for disciplinary reasons and everything seems as if she has a pretty boring work schedule ahead of her. But one day a girl approaches her, leaves her cell phone, runs on the street and gets hit by a car. She is now in a coma. Mi-yeong and Ji-hye manage to unlock the phone and on it they find a very revealing picture of the girl. If that picture should get a certain amount of likes a video would go online, too. The police officers find out that there is a group of gangsters which drugs girls with a new kind of drug, rapes them and puts the videos online in order to get more people attracted to their drugs. Apart from the two policewomen no one seems to take the case that serious, though... 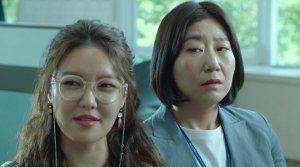 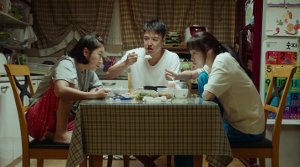 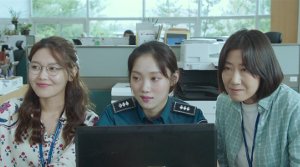 Kritik: It's a very welcome change when we get a comedy from Korea that isn't rooted in the romantic genre. The title doesn't leave any doubt that this is a buddy comedy and probably not even a really good one. But titles can be misleading. In fact, this movie turns out to be pretty entertaining, as it as some funny moments in store and knows how to work with the dynamics between the characters. A big problem in the eyes of many critics is that "Miss and Mrs. Cops" tries to tackle a very serious subject through the comedy genre. That criticism isn't without reason, because the subject of raping women and afterwards putting the video online doesn't quite fit into a buddy movie. And that is put mildly to say the least. Nevertheless, it's the unexpected genre mixtures that make Korean cinema pretty extraordinary at times and that is something you are allowed to point out as something positive. 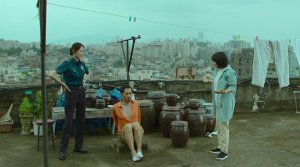 This comedy is a movie about women. While it normally may be the other way around in this movie it's men who are helpless morons or simply don't care about what's happening right in front of them. Especially the male police officers who aren't interested in the case since it would only be punished by a fine anyway. Such a statement is naturally jaw-dropping and this also stands as one of the moments where the movie clearly wants to be sociocritical. At the moment there is a big problem in Korea with young girls being talked into taking revealing pictures and by means of them they are blackmailed to do even more. "Miss und Mrs. Cop" even deals with rape and suicide. Very delicate topics that are in need of sensitiveness and the director is quite aware of that, which is why the story becomes very serious at some points. But there are still some viewers who will take offense to see such a subject being put into a comedy - which is understandable. 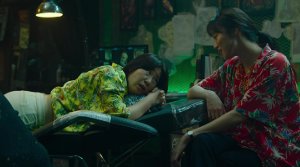 For a buddy comedy you need at least two interesing personalities. Ra Mi-ran ("The Mayor") plays the tough police officer who because of her family has to come to terms with not being able to play the superheroine anymore who takes out numerous gangsters at once. Her counterpart is supposed to be played by Lee Sung-kyung (known for her roles in various drama series and as a model), but Ji-hye is too similar to her sister-in-law. This is even the more problematic since Ra Mi-ran clearly dominates and carries the movie almost alone. At least there are a few interesting supporting characters like the supervisor who keeps tabs on everyone or the female co-worker who is an IT expert/hacker. A lot of the humor unfolds at work, when the women have to struggle with their tedious everyday work while at the same time trying to solve a real case. Moreover, there are also a few surprising cameos. 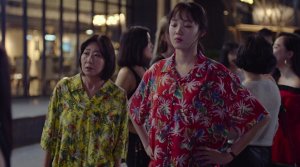 Let's get to the humor: This is where the movie proves to be quite successful. There is nice situational comedy, the inability of Koreans to speak proper English despite having been to university is made fun of, as is the language of adolescents, and one of the funniest scenes, in which several objects are one after another falling out of a suspect's bag at the exact time when there is talk about what characterizes a suspect, could be taken right out of a Stephen Chow movie. Of course, there are also some scenes where the humor can't quite hit the mark. This mainly involves the featherbrained husband of Mi-yeong. Furthermore, there are a few foreigners who are merely laughingstocks. However, since they are also gangsters, the movie gets a bit of a subtle racist color as well. So it's true that director and screenwriter Jung Da-won doesn't always exhibit the needed amount of tactfulness, but this is less the case when it comes to the raping of women. 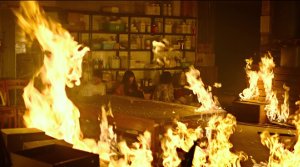 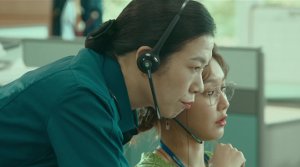 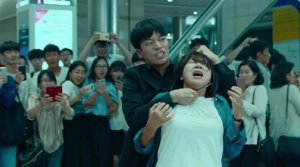 There are additional points of criticism, though. For example, there is the action. Actually, there is only some action at the beginning and here Mi-yeong is unbeatable. Apparently, the villain is a pretty good fighter, although it doesn't look like that during the action scenes, because he poses quite a challange to her. Thus, both policewomen have to face him during the finale, but in a way that's not nearly as satisfying as you might hope. Apart from that, the showdown is too reminiscent of "Veteran". The action is defined by lots and lots of editing, which normally is a sign that filmmakers have to pull some tricks as they don't know much about action. Despite the back and forth between humor and a serious plot the movie turns out to be better than it should have any right to be. This is mainly the achievement of the humor. Or maybe it's because of my low expectations, being the result of the movie being torn apart by many critics. Anyway, you could certainly do worse than this comedy.