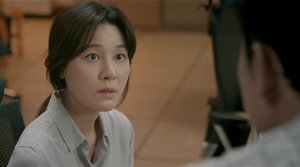 Story: Baek Hyo-joo (Kim Ha-neul) is a teacher at a boys' school. She isn't a permanent employee, but among her colleagues she is the next in line to have tenure. However, things don't look too bright now. She has to fill in for a colleague who is on maternity leave and becomes a homeroom teacher for a class. Her long-time boyfriend, who wants to become a writer, just sits around at home and takes Hyo-joo for granted. But life starts to get really complicated for the teacher, when a new female colleague, Choo Hae-young (Yoo In-young), introduces herself. She is the daughter of the school board CEO and thus certainly will get a permanent position at the school before her. The new colleague is young, beautiful and kind, but Hyo-joo assumes that this is just a strategy with which she wants to twist others around her finger. Thanks to her father her colleagues anticipate Hae-young's every wish anyway. Only her student Jae-ha (Lee Won-keun), who is preparing for a dance contest, makes Hyo-joo's life somewhat bearable. But one day she witnesses him having sex in school with Hae-young. She confronts her colleague and from that day on has the upper hand. At first, she tells nobody about the affair of the two since Hae-young swears that this was a one-time thing. But Hyo-joo wants to play it safe and pays for professional training so that the student doesn't have to be at school longer than necessary. As time progresses the teacher realizes that she has more feelings for Jae-ha than she initially thought... 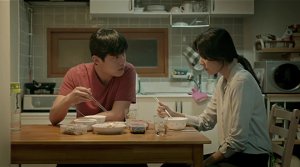 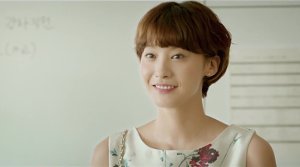 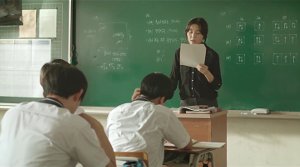 Review: Since there are cases of teachers having relationships with students, and that means also female teachers with male students, in Korea as well, it seems only natural to craft this into a love triangle for the big screen. Contrary to what you may expect "Misbehavior" doesn't turn out to be a romantic movie or pure drama, but instead treads the path of a psychological thriller in which the border between good and evil is blurred. This makes the movie pretty thrilling and creates interest for the characters. Sadly, the individual characters aren't illuminated as much as you would have liked. A lot is left in abeyance, also to keep the level of tension high. Eventually, this only leads to the viewer being left behind frustrated. Still, the all-encompassing question about the role of victim and perpetrator is realized in a faszinating way and keeps you hooked until the end. 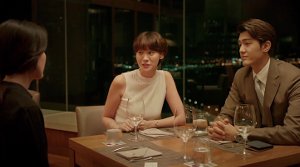 Everything starts with Hyo-joo having to fear losing her job, which also adds a socio-critical undertone to the movie, since job security is a big issue in Korea. At the same time there is a long-term friend who likes to be mothered and doesn't manage to do anything on his own. During one scene she confronts him because of this, but she does so in a cold, direct manner which almost forces us to side with her boyfriend, despite him undoubfully taking advantage of her and not appreciating her at all. This is what's fascinating about "Misbehavior". During this as well as many other scene the actual heroine of the story doesn't make it easy for us to side with her. And because of the pressure that is put on the protagonist from factors within and without, she further and further walks a path which she can't return from. Since Hyo-joo is pretty extreme when confronting someone, the viewer is constantly swinging back and forth between sympathy and antipathy. 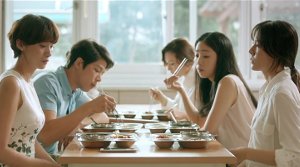 If you can't live with conflicting feelings like this you won't have a lot of fun with this movie. The new female colleague seems to aim at winning over everyone with her naive nature, only Hyo-joo proves to be resistant to old structures of society that demand of you to kiss up to someone because that someone's father is a powerful man. Then again, we see that Hyo-joo won't even stop kicking her colleague when she is already lying on the ground. We are very familiar with the kind of person Hae-young embodies: looking pretty, acting insecure, smiling and apologizing when doing something wrong. There is something fake about Hae-young, no doubt, especially since she cheats on her fiancé with a student. However, we often get the impression that she genuinely regrets her actions and Hyo-joo acts out in a sadistic way because she is finally in control. Something that is rarely the case in her life. 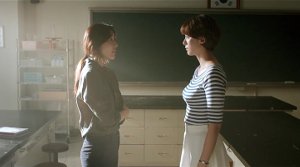 Kim Ha-neul ("Blind") bestows an exceptional coldness upon her character, but there is also some vulnerability hinted at. At some point, there is no doubt anymore that Hyo-joo is in love with the student and that's exactly what makes her vulnerable. Jae-ha, played by Lee Won-geun ("The Net"), is a boy full of hormones. To see a female student as a victim would be easier, but with a boy it's pretty obvious that he enjoys having two women. Still, you shouldn't overlook that he also becomes a victim of love since there aren't just two women interested in him, but it also turns out that he has more feelings for one of them than you would have thought at first. And that's where the drama of the story begins, after all. Nevertheless, what the movie lacks are in fact some explicit sex scenes. They would have carved out the passion and the dilemma of the relationship. 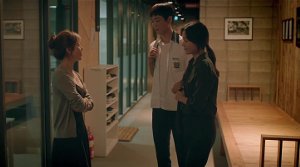 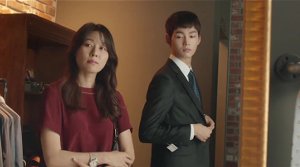 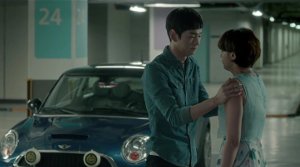 On the other hand, Kim Ha-neul has been against extensive sex scenes, according to reports, since they would have shifted the focus away from the story. As already stated, it would have been just the other way around, but since she and her partner looked somewhat tense during the short sex scenes we get anyway this may have been the better option, after all. What takes away a lot of depth and also deprives "Misbehavior" of its essence is that there should have been more scenes between the two women, but especially between Jae-ha and Hae-yeong, embodied by Yoo In-young ("Veteran"). Some scenes have fallen victim to the cutting room, which wasn't such a good idea, particularly as the movie would have given more room with its mere 96 minutes to flesh out the characters. "Misbehavior" is a movie that goes into the right direction and especially towards the end gets quite gripping and actually pretty shocking. But the movie would have deserved some finishing touches in order to fully convince as a thriller.