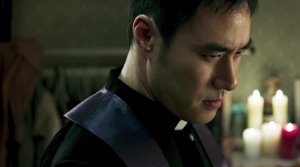 Story: Park Joong-soo (Bae Sung-woo) is a priest and performs an extremely tough exorcism. Unfortunately, the girl possessed by a demon dies in the process, but not until the demon promises Joong-soo that he would make him and his family suffer. Racked with guilt, the priest retreats into his monastery. Shortly afterwards, his brother Kang-goo (Sung Dong-il) moves away with his family. His wife Myeong-joo (Jang Young-nam) and his daughter Hyeon-joo (Jo Yi-hyun) are not that fond of the priest anymore. He is the reason they had to move because some rumors were spreading and the kids were bullied in school. The oldest daughter Seon-woo (Kim Hye-jun) and the little son Woo-jong (Kim Kang-hoon), however, still stick by their uncle. Despite the family's initial concerns, the new home seems pretty pleasant. But the peace doesn't last long because their neighbor works on something at night and is making a lot of noise. When Kang-goo wants to confront him, he enters into a house where carcasses and inverted crosses are hanging from the ceiling. But it is not only his neighbor who is acting weird. One after the other, each family member starts to behave more and more peculiar and afterwards, they can't remember any of it. Soon it becomes clear that the family is haunted by a powerful demon. Kang-goo wants to consult his brother, but he is not ready to perform another exorcism yet. 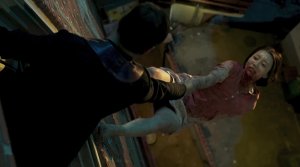 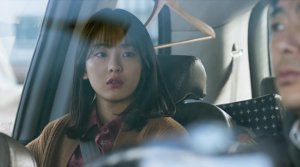 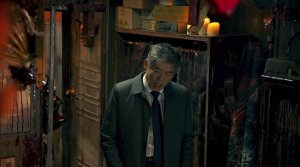 Review: Supernatural evil enjoys more and more popularity in Korean cinema, and not only in form of a ghost with very long hair. More and more, demons and even Satan come to the fore, just like in this horror thriller which undoubtedly oriented itself towards "The Priests". The first scenes already show us that we are dealing with a movie which definitely knows how to glue us to the screen with a dark and dense atmosphere. Eventually, the story shifts towards the family and their problems, though. This could have been one of the movie's strengths, but unfortunately, this is exactly where the movie lacks a certain amount of depth. The finale, on the other hand, turns out rather traditional, even if it takes place in a cellar, and does not offer anything new for fans of exorcism cinema. In the end, "Metamorphosis" does not manage to clearly lay the focus on one direction and is therefore only genre fast food. 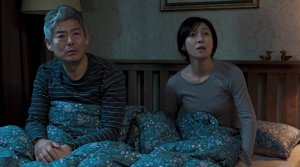 When the family moves into their new home, it becomes clear very quickly that they are divided into two parties because of Joong-soo, played by Bae Sung-woo ("The King"). One party believes the priest, the other one finds the circumstances, under which the girl he was meant to exorcize died, rather strange. It actually never gets clear, how religious the family really is, but apparently there are some crosses which have not yet been hung up in the new home. To which extend exorcism is an accepted practice in this world is also not that clear. Later, we get to see a pretty funny scene in which some priests meet to discuss in bad English whether they are dealing with a demon or rather Satan himself, who possessed a girl. Perhaps, exorcism is not that unusual in the world of "Metamorphosis", after all. At the same time, you could also detect some hints of social criticism when a girl is beaten with a birch over and over again to cast out the devil. After all, Korea has similar incidences in real life as well. 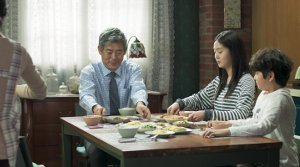 Be that as it may, the family in their new home soon has to deal with a neighbor who is apparently sawing things up in the middle of the night. Although, you have to ask yourself how loud this could actually be if the house is several feet away and the windows are closed... When the father wants to confront the neighbor, he enters the house and director Kim Hong-seon ("The Traffickers") manages to create a pretty creepy atmosphere with the inverted crosses, the blood and the carcasses hanging from the ceiling. When the police later visits, of course, everything has magically disappeared. We are hoping for an explanation later on, but instead we get more mysteries. This might actually not bother most viewers all that much, because in movies like this, you are willing to accept supernatural elements, but to be honest, it also means somebody did a bad job with the script. However, the poor work on the family members is more troublesome. 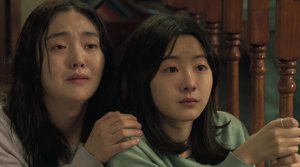 Considering its title, the movie's idea should actually have been that the family members slowly start to undergo a metamorphosis. However, the changes are so obvious that sadly, the director destroys a large part of the actual appeal. But it gets worse, because the family members don't even change, instead, the evil force present creates some kind of doppelgangers. This way, the movie has nothing to do with metamorphosis. It could have been used to keep the level of suspense up, like John Carpenter's horror classic "The Thing" did, but in reality, the evil force in "Metamorphosis" has probably never heard of something called subtlety. The doppelgangers are always walking around with a grim look on their faces or even instantly attack people with a weapon so that they are easy to detect. The fact that the family slowly starts to get crazy or that the evil force actually feeds off of pent-up emotions, as is explained in one scene, could have been a great foundation for horror. But these aspects kind of get ignored. 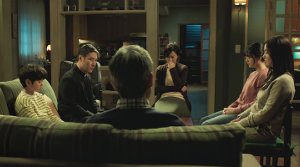 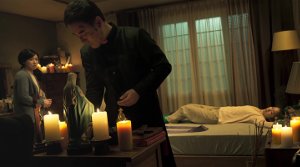 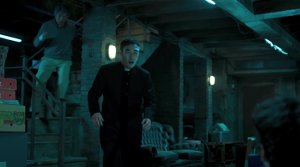 Despite all this, the first half of the thriller is quite gripping. Only over time, it gets clear that the movie can't meet the expectations it built up at the beginning. In addition, one twist is just too obvious and makes you facepalm, especially because you have to ask yourself why no one did simply test for doppelgangers by using holy water. Towards the finale, at the latest, everything turns from dumb to dumber. The family even completely forgets about one of the daughters, which is absolutely absurd in one situation where the entire family is potentially in danger. Moreover, the finale seems rushed and unpolished. You should be interested in people's fates and the sacrifices they make, but here, this is simply impossible because the filmmakers forgot to properly flesh out the individuals. With that, "Metamorphosis" becomes a disappointing horror thriller, which you you can easily skip.