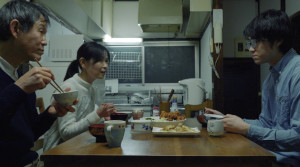 Story: Kazuhiko (Yoji Minagawa) has a degree from a well-known university, but he is not looking for a job and prefers to live with his parents. When he goes to a bathhouse one day, he runs into his old schoolmate Yuri (Mebuki Yoshida). She asks him if he will be at the school reunion, which is taking place soon, because she would have liked to talk to him a little more. So, he goes to the reunion and the two talk about the fact that he doesn't have a job at the moment and that the bathhouse is looking for new employees. Yuri says that she frequently goes to the bathhouse, and that it would be nice to see him there more often. Therefore, on a whim, Kazuhiko applies for the job and his new boss Higashi (Makoto Hada) also hires the young man Matsumoto (Yoshitomo Isozaki). One evening, Kazuhiko notices that there are still some lights on in the bathhouse and he goes to see what's going on. It turns out that the bathhouse also functions as a place where Higashi has his employee Kodera (Yasuyuki Hamaya) kill people and make them disappear on behalf of the Yakuza. Thats because the head of the bathhouse owes the Yakuza a lot of money. Since Kazuhiko found out what is actually going on in the bathhouse, Higashi lets him help get rid of all traces. The boss doesnt believe that Kazuhiko would tell anybody about it. So, from now on, Kazuhiko helps to clean up after a murder. Soon it turns out that Matsumoto is also privy to the events that take place at night, and because he is assigned more tasks Kazuhiko eventually even becomes jealous of him... 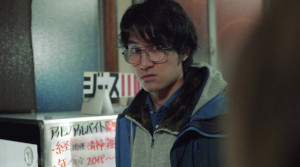 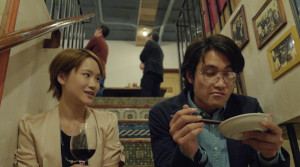 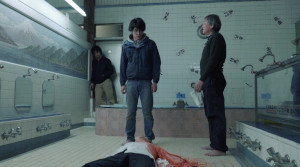 Review: "Melancholic" is a drama that already leads you astray with its title and the poster. In fact, the events are told through a comedy-accentuated filter that works surprisingly well simply because of its macabre plot. Its also impressive how much work was put into the characters. At first, they seem bland, but as the story unfolds they turn out to be surprisingly charismatic. In the end, the plot is mainly about a man who refuses to grow up or to submit to the rules of society and find his place in it. The fact that Kazuhiko does anything at all so that he can actually grow as a human being is probably only thanks to Yuri, even though the movie is not at all meant to be a romance. A lot of small wheels work together in "Melancholic" and give the story an unexpected complexity. 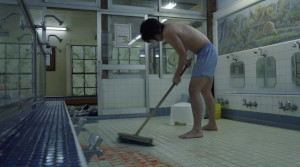 The viewer quickly realizes that the storys hero is a rather withdrawn guy, which is also obvious when you watch him give brief answers to Yuri's questions, although she is clearly interested in him. Later it turns out that a certain person did not even notice that he was at the school reunion. Kazuhiko generally stays away from people, and he finds it very unpleasant when people still ask him why he doesnt have a job after receiving his university degree. His parents put pressure on him in their own way but also seem to respect all his decisions in a very passive way. The parents come across extremely boring, but they offer their son a very warm home, as you can see later on in the movie. And the sometimes very mundane conversations give Kazuhiko an anchor that ensures that he doesnt get thrown off track, even when he watches a murder. 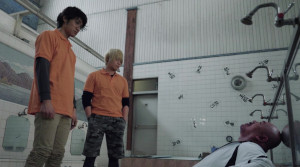 As a contrast to this there is the story of a Yakuza boss who forces the head of the bathhouse to take out his opponents. The lightness of the story results from the fact that, after the initial shock, the protagonist somehow just accepts everything. And soon we are listening to dialogues that are actually too lighthearted for the new situation he finds himself in. In general, the dialogues are very unusual, but in a positive way. They are often about nothing special at all, sometimes the characters just fool around, or philosophize a little, and then again, the dialogues create some nice tension. We get a perfect balance between the red thread prescribed by the script and some nice improvisation. Which is particularly impressive because the actors here are basically all amateurs. At least, most of them didnt have any prior experience in acting or just had a few appearances in other movies. 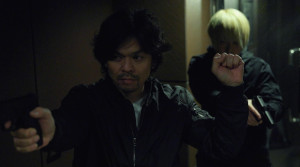 Thus, the most impressive aspect of "Melancholic" is its characters. They develop right in front of our eyes and grow dear to our hearts. Because of love, Kazuhiko opens up a little bit, but interestingly enough, its also the money that makes him a lot more self-confident. On the other hand, we grow fond of Yuri in scenes like the one in which she asks to go to a less fancy restaurant next time, because the atmosphere somehow makes her nervous. She also has a special charisma that distinguishes her from other typical love interests. But the most impressive thing is how Matsumoto develops right in front our eyes. At first, he just seems to be the somewhat untalented colleague, but then some kind of friendship develops between him and Kazuhiko, and at some point, we realize that we would never have thought this to be possible at first. In addition, there are a few more caricatural personalities, such as the Yakuza boss or his Filipino girlfriend, but they also bring some color into the movie. 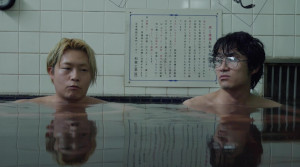 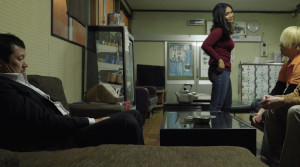 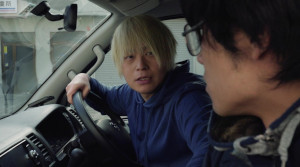 Surprisingly, there are even a few action scenes, which feel not at all out of place. Even though they turn out relatively short. Especially through them the level of suspense is raised very impressively, although the movie is actually a character drama. The contrast between action and repetitive everyday life, which sometimes gets contrasted visually as well, is refreshing, and the warmth and lightness that runs through the entire movie also gives the story a special touch. In addition, there is a dynamic camera that sometimes moves quite a lot within a scene, so that you just then realize you are actually watching a low-budget movie. Thanks to the otherwise well-done directing job and the wonderfully written characters, this is even less noticeable than in "Hydra" or "Beyond the Infinite Two Minutes", for example, two movies of which "Melancholic" reminded me because of its originality and its low-budget roots. Qualitatively, the movie can definitely compete with the top and thanks to the wonderful characters and the balance between dramatic thriller and carefree nature, I can fully recommend "Melancholic".