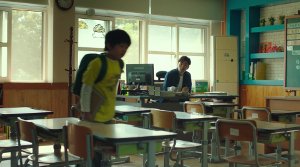 Story: Soo-hyeok (Bae Soo-bin) is an elementary school teacher and lives in a small village with his wife I-yeong (Cha Soo-yeon). The decision to live there surprises Soo-hyeok's friends and he always has to lie if they want to stay at his place a little longer. Because there is a good reason the couple has moved to the countryside. I-yeong suffers from a strange condition: every night her body gets possessed by another person or rather his/her spirit. Eventually, the villager Hae-gyoon (Jung Hae-kyun) notices that I-yeong behaves very weirdly, and to avoid rumors, Soo-hyeok tells him his wife's secret. However, Hae-gyoon cannot keep the secret to himself and soon the entire village knows about it. People are unsure how to deal with it, but they don't feel comfortable with the woman. Ultimately, the villagers agree that I-yeong should be locked into the attic room at night. In the morning, Hae-gyoon gets the couple the key back. Yet, one day Soo-hyeok doesn't want to leave his wife alone and gets locked up with her, but then there is a short circuit and a fire breaks out. The couple is trapped and dies. Detective Park Hyeong-goo (Cho Jin-woong) is in charge of the case, and while he seems to be sure that it wasn't murder, he finds it very strange that the two were locked up. Soon, the case seems clear to Soo-hyeok, because the villagers behave very strangely. One morning, though, Soo-hyeok suddenly wakes up as someone else and has completely different problems... 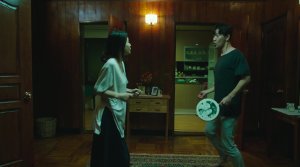 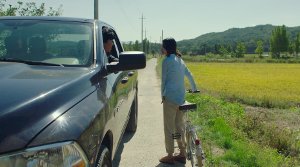 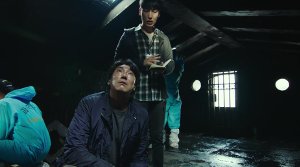 Review: "Me and Me" is a very strange drama that moves between different genres. This is the movie's biggest strength as well as its undeniable weakness. It is completely impossible to predict what happens next in this story, which takes place in a parallel world consisting of dream and reality. This arouses huge curiosity, but generally, you should keep your expectations low. After all, the director himself said that his work cannot be explained with logic. Therefore, it leaves some questions unanswered. It's best to approach this movie as you would a dream. The parts which do not always fit together are codes for reality and if you go to the trouble of trying to get at the bottom of things and find out their origins, you will certainly get a lot out of this movie. In the end, it's all about identity: the one we think is real and the one perceived by others. 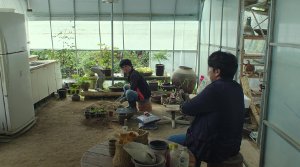 Surprisingly, the movie's director is Jung Jin-young, who makes his debut as a filmmaker here and is mainly known for his acting job in "The King and the Clown". The way he approaches his movie is unusual, because he simply ignores most rules of cinematic storytelling, or at least he combines them in a completely new way. This starts with the fact that the first half hour is actually just an introduction and the married couple is, in fact, not the movie's focus, instead it's the detective. And then we have to make it through half of the movie until the detective actually finds himself in a new reality, incomprehensible to him. Equally unusual is the fact that director Jung mixes different genres. In general, the movie seems to be a drama, but then, with the fact that the wife gets possessed by ghosts, we also get a horror or mystery touch. The latter is also emphasized by the dream-like reality in which the detective is eventually in danger of getting lost. 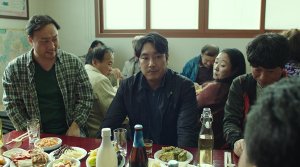 Cho Jin-woong ("Black Money") convinces as a detective who doesn't take the case too seriously, because there are more than enough suspects. The genre theme of a village keeping a dark secret is also made fun of here. Because, after all, no one is able to keep a secret in this village! This also adds something comedic to the movie and makes its tone rather light-hearted. But when the investigator finds himself confronted with the fact that he seems to be someone completely different to his outside world than who he has been all his life, he slowly becomes desperate. In fact, it even seems like he is starting to succumb to madness. Eventually, his actions become as inexplicable as his new surroundings. This turns out both subtly funny and a bit creepy. The director is capturing the events with a steady hand, but his style never points to a clearly recognizable genre. 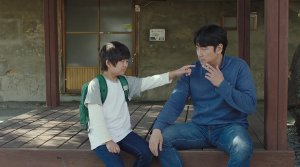 Unfortunately, this unstructured style also becomes frustrating. What exactly is a dream and what is reality here? There are no answers to that question, not even hints. Do we get to see Park's life as it would have turned out if he hadn't gone to the police? His wife certainly has married a policeman again, but this time someone in a higher position, which would mean that she got rid of the financial problems that she used to have in the other reality(?). Then there is also a connection to I-yeong, who also lives other people's lives at night. But are there really any connections? Of course, the viewer tries to find answers, especially since the movie ends without giving any. But director and screenwriter Jung should ask himself whether playing around with the concepts of dream, reality and identity can really be called successful if you had no intention of expressing anything specific, leaving absolutely everything up to the viewer's interpretation. 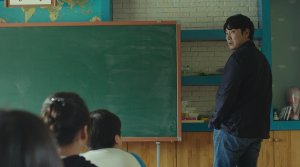 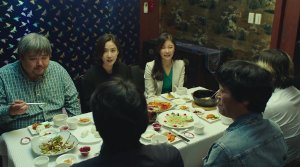 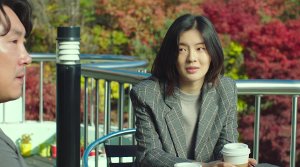 So, it's a pity that it probably wouldn't even make a difference if you watched "Me and Me" a second time. With an intelligently written movie that would be a different story. Nevertheless, the mystery drama fascinates thanks to its theme and the unpredictability of events. The fact that the style of the village is reminiscent of well-produced, subtle dramas from the early 2000s is also a positive aspect. As a director, Jung manages to convince us with his ideas, but his script simply leaves too many things open to interpretation. For example, the topics and questions include how much our surroundings shape us and whether fate always makes us meet the same people, even though it might be under completely different circumstances. But the movie simply does too little with that concept. Nevertheless, "Me and Me" still remains interesting because it works beyond the norms and in this respect, we can only hope that Jung tries his hand at directing again, but next time, with a more polished script.