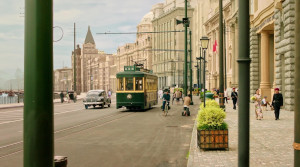 Story: During the 30s young Ip Man (Miu Tse) comes to Hong Kong. After helping the girl Chan (Zhao Yuxuan) and her mother, who were mugged, it turns out that Chan's brother is an old acquaintance of his: Bufeng (Chen Guanying). The two have a lot of catching up to do and Bufeng invites Ip Man to temporarily stay at his house. In return, Ip Man helps with Bufeng's rickshaw service. During one of his shifts he notices that some girls at the harbor are bound in chains and transported away against their will. As Ip Man is a man of justice, he does not let Bufeng talk him out of interfering. The wing chun fighter is able to free the girls but now has a powerful enemy, the leader of a human trafficking ring (Sergio Deieso), who is not at all thrilled that his men were not able to defeat Ip Man. The superiority of the British in Hong Kong is also at stake for the gangster boss, and if he were to show weakness now, the police would probably no longer look away. That's why he wants to get rid of Ip Man as soon as possible. And Bufeng and Chan seem to be a good means to get close to him. Ip Man, however, doesn't have it as easy against the gangster boss and his right hand as he had it against his henchmen, because the two Brits are actually masters of the martial art bartitsu... 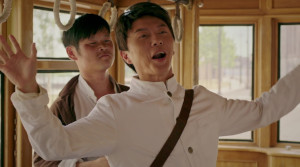 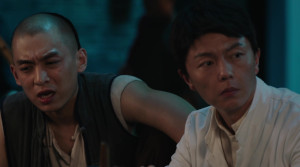 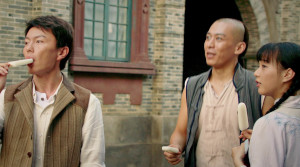 Review: The last installment in the main series of the Ip Man movie universe was "Ip Man 4 - The Finale". But there have also been numerous offshoots and spin-offs, such as "Master Z", most of which turned out pretty nice. So maybe it's time to be less critical when someone other than Donnie Yen slips into the role of Bruce Lee's master. Especially since it is quite hard to satisfy the need for martial arts flicks these days if you skip Ip Man movies. This time, Miu Tse embodies the fighter of justice, but it's hard to tell whether he does a good job or not. He is a slightly younger and wilder version, but he still cannot condone injustice when he sees it. But instead of Ip Man you might as well have Wong Fei Hung or any other national hero in front of you. Generally, you feel quite thrown back into the 90s of HK cinema. 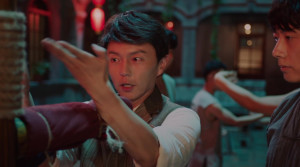 The main problem is that the story and narrative style of "The Awakening" was already quite clichéd thirty years ago. And these days, you are simply no longer willing to forgive that. It already starts with the opening sequence, in which we are introduced to the villains. Who, of course, are British, even though it is quite ridiculous that the actors' English is actually not that much better than their Chinese. Then there's women trafficking, and Bufeng's sister is the only other woman in the movie who plays any significant role. But all she is allowed to do is to either look cute like a little girl or stand around helplessly. In this day and age, that's pretty stupid. Other characters are essentially non-existent, only Ip Man and Bufeng manage to build something like chemistry over time. But even this relationship only scratches the surface. 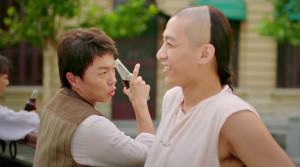 So, while the movie is pretty dull where it matters and therefore doesn't really manage to win us over with its very thin story, the sets and costumes are actually pretty nice to look at. The strong colors go well with the 30s setting and the production didn't cheap out. Another positive aspect is that "The Awakening" doesn't needlessly drag on. There's not really much to tell, and so all of that fits into a running time of 80 minutes. The fact that the directors realized that, deserves some respect. So, all that's left is to stuff the movie full of fights, so that there is no room for any boredom. And the action serves exactly that purpose. The choreography is neat, and even though the fast editing at the beginning initially makes you worry that there might not be any real martial arts depicted, things get better throughout the movie and you get wing chun as you know and love it. 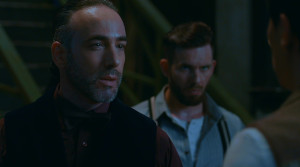 The two villains give the fights a special touch as they are masters of the bartitsu style, a mixture of Western boxing, jiujitsu, the French savate and stick fighting. This martial art was created in England and was already mentioned by Arthur Conan Doyle in "Sherlock Holmes", and the fighting style in "Kingsman" is also based on bartitsu. To see this quite exotic and hardly mentioned martial art opposite wing chun has some nice appeal. Unfortunately, especially the finale turns out to be quite disappointing. While Ip Man at first had problems standing up to just one of the villains, all he needed was a short rest and some reflection (and admittedly less poison in his body...) and after that he manages to take out two of them at the same time only to then turn to the real boss. And all this happens within less than five minutes. You can't help but get the feeling that the directors just ran out of steam in the end or maybe they ran out of budget. 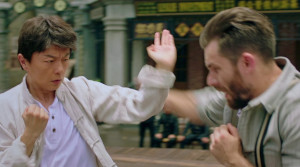 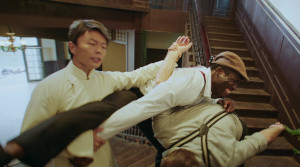 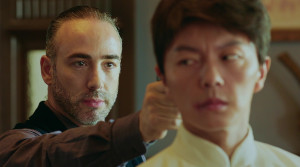 As usual, there is also a little heroic pathos, which you could actually have done without. And even though the movie was produced nicely, and the fights are quite fun to watch, the flick still has a certain amateurishness to it, which becomes most obvious with all the clichés - the villains seem as if they came right out of a B-movie -, but also applies to the script, which might as well have been a copy of a thousand other ones. To call the characters endearing would also be far-fetched, and so the movie can only be recommended to those hardcore fans who just want to see some nice fights on screen again. But for that, you have to make some compromises. Everyone else can therefore steer clear of this addition to the Ip Man universe...