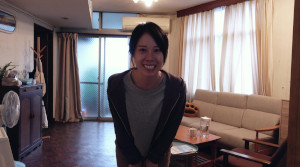 Story: Six years ago Li Ruonan (Tsai Hsuan-yen) had to leave her baby in an orphanage because she was mentally ill. Now, she feels well again, and she is also legally allowed to take care of her daughter Duoduo (Huang Hsin-ting). However, it takes the little girl a while to understand that she has a mom now. In the meantime, the mother documents their new life together with a camera. Shortly afterwards, though, strange things start to happen in Ruonan's apartment. The mother hears a baby crying or she notices that objects are moving when she is not looking. Duoduo tells her about a faceless person, but her mother only gives her tips on how to manage not to be afraid. Ruonan thinks that her daughter is just imagining this entity, but over time, she realizes that something is wrong. It seems as if Duoduo was cursed, and soon the mother has a notion of what might be the origin. Six years ago, she was in a temple along with some friends in order to make a documentary about a tunnel that no one is allowed to enter, and to participate in a ritual for protection against an evil deity. The curiosity of the documentary filmmakers led to a catastrophe back then, though, and apparently not only Ruonan still carries the curse with her, but also her daughter, with whom she was pregnant at the time... 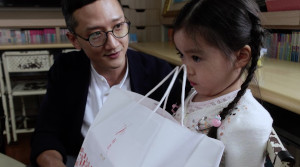 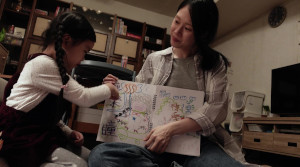 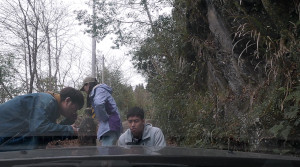 Review: A few years ago, Taiwan managed to put together a horror movie which was quite successful at the local box offices with the politically oriented "Detention". "Incantation" is a horror flick with a similarly dense atmosphere, but script-wise, it is more of a lightweight, as it does not include any criticism of the past or anything like that, instead it is simply a mockumentary focusing on traditional shamanism and superstition. Thailand has recently tried this with "The Medium" too, which dragged on at times and showed some weaknesses typical for mockumentaries, but it still managed to create a fascinating atmosphere. "Incantation" also struggles with some obvious problems, but the story itself isn't too long-winded, and the focus of a mother fighting for her child also offers a good basis for finally making a horror flick work on an emotional level as well. 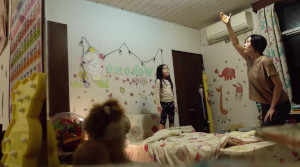 At first, it looks like Ruonan is doing everything she can to be a good mother to her daughter, and the relationship between the two actually starts to grow. However, from one moment to the next, nothing happens in this regard anymore, and the story shifts its focus into another direction. With that, director Kevin Ko sadly squanders the chance to make his mockumentary different from similar flicks. Instead, the movie tries to establish suspense by revealing through flashbacks how things led to the curse. Of course, also in found footage style. Still, this does not really reveal anything extraordinary. To be honest, this even makes everything pretty genre typical. At least, there is a little nice twist towards the finale. Nevertheless, this doesn't change the fact that the story is extremely weak. 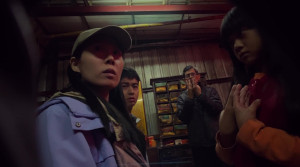 Despite the already mentioned dense atmosphere, which is pretty captivating thanks to the shamanistic theme, there are unfortunately no real creepy scenes at all. Every now and then, there are just a few very stereotypical jump scares. That's where you would have expected more. At least the ending manages to present the kind of horror that you would have wished for in the entire flick. Therefore, the main part of "Incantation" is quite disappointing. Since, different from what was implied at first, the characters are actually not the focus, nothing interesting happens. Secondary characters, which are introduced through flashbacks, as well as the head of the orphanage remain far too flat. But since Ruonan herself lacks depth too, this is probably the least of the story's problems. 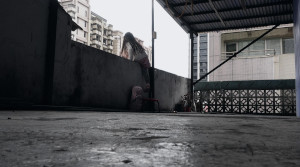 The structure of the plot gets forcedly complicated and so the movie tries to build something close to suspense by switching between the present and the past. The fact that Ruonan is cursed is clear from the beginning, but how it came to that is actually not that thrilling. Strange rituals, prayers, sacrifices being offered, and a cave that no one is allowed to enter. All the ingredients are there that should be able to create a creepy atmosphere, but you never really get drawn into what's happening because you don't care about the characters. Ruonan's fight for her daughter, who gets sick, doesn't affect us either. Maybe that's partly because of the movie's genre, as a mockumentary the flick also has some documentary aspects too, which leaves little room for emotions. Unfortunately, this also means that the flick sometimes drags on despite not really having any longueurs. 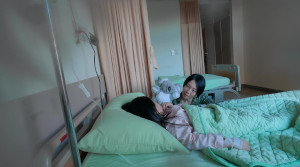 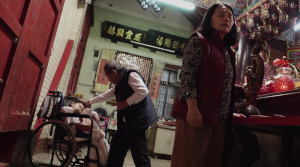 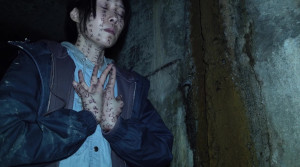 At the same time, there is a framework story which is actually supposed to create a special closeness when Ruonan addresses the viewers of her recordings directly and asks them for help reciting a prayer. Of course, the movie also has the typical problem with trying to justify why the characters always take their camera everywhere, even though there are some attempts to explain it. Some moments, in which a haphazardly placed camera is suddenly turned in a certain direction - even though it is pretty unrealistic that this would be somebody's likely reaction in a moment of panic -, clearly destroy the illusion. In the end, "Incantation" is a neat horror movie for those viewers who are able to and/or want to be scared by mysterious rituals or are into the found-footage style. Unfortunately, the flick makes use of too many genre-clichés, and the story offers too little to actually glue us to the screen at all times. At least, the final scenes will manage to send a shiver down your spine.