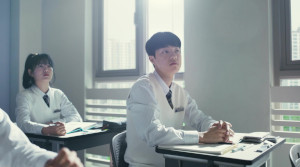 Story: Han Ji-woo (Kim Dong-hwi) has made it to one of the most prestigious schools in the country. Unlike his classmates, however, he is poor and only able to attend school thanks to welfare. That is also the reason he doesnt feel integrated there. Moreover, he has big problems in math. At a normal school, he would be one of the best, but among all the elite students, whose parents can afford the finest tutors, he is the worst in class. His teacher even suggests changing schools, but Ji-woo doesnt have the heart to do that because his mother is so proud of him and of the fact that he made it to this school. Through an unfortunate series of events, Ji-woo then comes across the school's security guard (Choi Min-sik), who the students just call "Commie Officer" because he fled from the north. The security guard is anything but a socially agreeable person, but since Ji-woo realizes that he is actually a math genius, he asks him for help. At first, the "Commie Officer" refuses to help him, but because Ji-woo keeps trying, the security guard finally agrees, as long as the student follows three important rules. One of them is that Ji-woo is never allowed to ask him anything other than math-related questions. Apparently, the older man has some inner demons, which are supposed to stay buried... 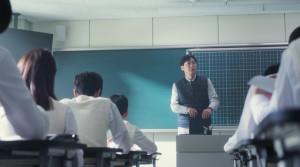 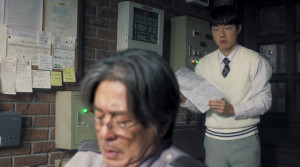 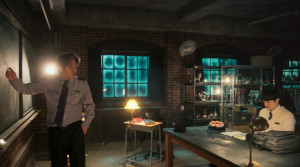 Review: When it comes to movies dealing with the subject of mathematics, most people will probably only think of "A Beautiful Mind". After all, who wants to see a flick about an area of science that caused you so many headaches at school? But "In Our Prime" is actually a movie about coming of age, about the pressures at Korean schools, and the problems a North Korean refugee has to face in the South. The drama mostly chooses the safe way instead of experimenting, but there are still a few good ideas that make math seem less dry. In addition to the nice acting performances, you get a drama that tells a story, which  even though it is not all that original and will (mostly) not move you to tears -, still manages to touch you and leave you with a good feeling. 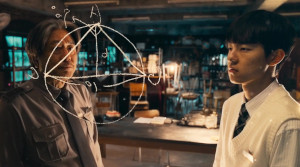 In fact, the movie also feels like one of those kung fu flicks in which a student tries everything in order to be taught by a master who most people dont realize to be an expert in his craft. He then takes in the student and makes it clear that everything he has learned so far was wrong. Ji-woo is an outsider, but thankfully, the movie didnt also try to add bullying to the story. That would probably have been a bit inappropriate. After all, our protagonist is at a school for "nerds", which is why only the fact that no one is interested in him as a person could be considered bullying. He's just not good enough at math. The security guard then teaches him to look at mathematics from a new perspective. For him everything is about questioning issues or tasks in order to recognize early on whether you might be on the wrong track. Moreover, a result without mathematical proof doesnt mean anything. This is interesting because it stands in stark contrast to the way the Korean school system operates. 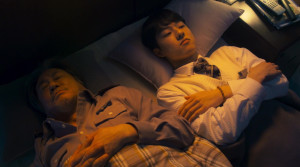 In Korea, you study for tests. Why something is the way it is, is not relevant. Transferring knowledge or questioning tasks critically, is simply not something you learn. However, Ji-woo is taught by a math genius, someone who dealt with mathematics extensively, and so the student not only gets a new perspective on the subject, but his brain is also imperceptibly reprogrammed. Something that is already happening anyways, since Ji-woo, played by newcomer Kim Dong-hwi, is coming of age and his family circumstances are a bit complicated. His relationship with the security guard continues to grow over time, and later there are a few moments that also hint at a father-son relationship, but luckily the movie doesnt push things too much into that direction. The math genius is already quite old and he has a closed-off, rude nature, which actually only hides the fact that he is really not that reluctant to spent time with Ji-woo. 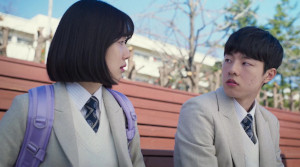 The movie sometimes even shows the beauty of mathematics in form of music, or it simply demonstrates how we are constantly in contact with math in everyday life. Apart from being able to understand area calculation of a triangle, you dont need any knowledge of mathematics, though. Often mathematical procedures are transferred to life. In addition, the movie is also about the fact that as a North Korean the security guard leads a miserable existence in South Korea. Of course, a man with his intellect should not have to be a guard at school, and so, what will happen will happen: his past catches up with him. That could easily have caused some kind of a break in the story, but the script manages to slowly lead us to the finale, in which the security guard then opens up emotionally. Still, it must be pointed out that this doesnt quite fit that well into the rest of the story, but of course actor Choi Min-sik ("Heart Blackened") somehow manages to make an unconvincing situation look convincing. 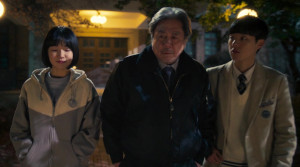 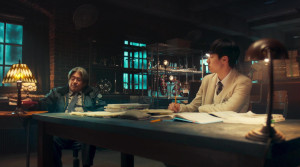 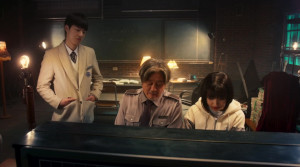 The almost sterile-looking classrooms stand in stark contrast to the study room, which the security guard sets up, and which has something intimate and cozy about it. The sets are well designed, and the directing job is rather good too. The script always keeps things going, which is particularly praiseworthy as dramas usually have a problem with slow pacing. But not this one. The 117 minutes run time are well-filled, and there is even a "villain" in form of a teacher, plus Ji-woo also finds a good friend in Bo-ram. The chemistry between the characters, especially between "master" and student, simply works, and that is the most important thing in a drama about coming of age. There are also some goodies for math fans, such as the frequently used "Q.E.D." (Quod Erat Demonstrandum), which is written at the end of mathematical proofs and translates into "which was to be proven". And at the end of "In Our Time" something is proven too. It's not necessarily a unique proof, but still one that leaves us with a warm, cozy feeling.