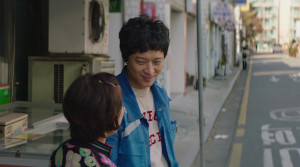 Story: Kim Geon-woo (Gang Dong-won) is a deliveryman and is also considered to be a small local hero after he helped a woman who was about to get mugged. One day, an old friend, with whom he was in a band at school, gets in touch with him. Geon-woo is not surprised by his sudden appearance, he is just happy about the reunion. Then there's suddenly an explosion in the middle of the street, during which the presidential candidate gets killed. Geon-woo's friend works for a secret government task force, and he was supposed to ensure that Geon-woo died in a second explosion. That's because the government wants to pass off the presidential candidate's death as a terrorist attack committed by the fallen hero Geon-woo, who was also supposed to die in the process. But his friend takes away the bomb from Geon-woo, who unknowingly holds it in his hands, tells him about a contact of his and then orders him to flee. Shortly afterwards, the friend gets killed by a sniper and the bomb goes off. The media report on the terrorist Geon-woo, who is now not safe anywhere anymore. As soon as he gets a hold of himself, he gets in touch with his friend's contact. Mr. Min (Kim Eui-sung) also used to be part of the government's secret task force and doesn't seem too eager to help Geon-woo, instead he wants to sell him to the government for a decent amount of money. Now, the former deliveryman is on the run and betrayal seems to lurk around every corner... 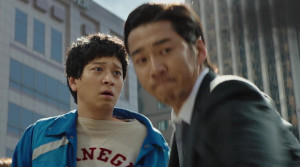 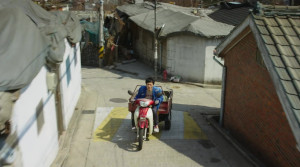 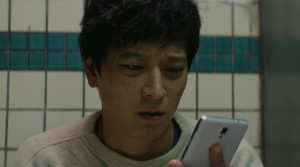 Review: The story of "Golden Slumber" promises some nice action, because we have seen the plot around an innocent man on the run being accused of a cruel crime several times before, and usually this guarantees pleasant evening entertainment. From Korea we already got "Running Man", for example. So, if you expect more than just popcorn cinema here, you will be disappointed. We have a likable, if somewhat naïve, protagonist, some suspense as well as drama in form of friends who could be potential traitors, and we have an overpowering enemy in form of the government or the secret service. In fact, the director also takes a swipe at the media from time to time, as politics use them to shape reality. This could have been the most outstanding aspect of the movie, but unfortunately the director turned away from this aspect just as suddenly as he addresses it. "Golden Slumber" is not a pretty deep movie, but after the first few minutes, we actually don't expect it to be anyways. 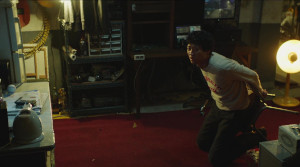 Without a doubt, Gang Dong-won ("Peninsula") is a star in great demand, and he is especially popular with the female audiences. Therefore, it is all the more refreshing to see him with a failed perm, which is due to the fact that Geon-woo is simply too good-natured, so he often gets exploited or comes out on the short end of things. Over time, however, he doesn't turn out to be quite as flat of a character as you might suspect. He, too, carries some broken dreams in his heart, and he knows about the world's deceitfulness. But he simply refuses to give up faith in humanity. Yet, his faith is put to the test, as Geon-woo has an entire nation standing against him. On top of that, the tragedy is that his current situation was caused by betrayal in the first place. On the other hand, his good-naturedness is the reason why he is even still alive at all. At the very least in one scene with Mr. Min, you can't help but think of him as a loyal but dumb dog that you just can't send away. Actor Gang Dong-won even has the right puppy-eyed expression to go along with that. 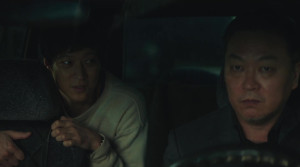 Director Noh Dong-seok, who started his career with drama movies like "Boys of Tomorrow", dabbles with the action genre here, and quite successfully so. The suspense is always high, and there are enough decent action scenes (even though they are nothing out of the ordinary), which is especially praiseworthy because Geon-woo can neither fight nor does he know any parkour. He is simply a normal guy who only manages not to bite the dust within the first few minutes of the chase because of the help of his friends or rather Mr. Min. On the other hand, he is not as much in need of help as your typical damsel in distress. In terms of craftsmanship, the movie is pretty well done, but there are one or two things to complain about when it comes to the script. For example, the background story about the childhood friends and their band might have its right to exist, but it also pushes the movie in a slightly different direction, so that we get some unnecessary nostalgia and drama. There is even an unfulfilled love featured. 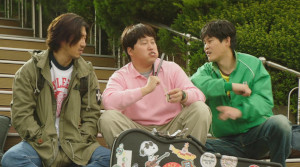 Especially towards the end, the movie loses some of its quality. Even though there are no rivers of tears, the director still loses sight of what kind of story he wants to tell. "Golden Slumber" is a remake of the Japanese movie with the same title, which in turn was based on the novel by Kotaro Isaka. The title refers to the Beatles song, in which the good old days of the band are looked at with a feeling of nostalgia. Director Noh also wants to include this in his movie, but unfortunately you only get the feeling of two stories being told in parallel. With that the movie breaks apart. The characters themselves are not badly written, but there was hardly any effort put into the logical structure of some situations. Geon-woo often behaves extraordinarily stupid, for instance, when he watches over a camera how a doppelganger commits murder at the other end of the city and then he decides not to turn himself in and enter the police station he is just standing in front of - even though that would have given him a perfect alibi, as he could not have been at two different places at the same time! Then there's the villain, who actually just wants to see Geon-woo dead, and yet he does not pull the trigger for ages, until Geon-woo's trap snaps shut... 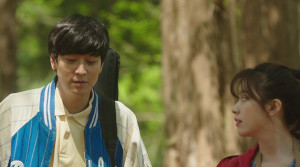 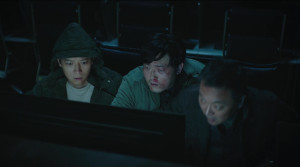 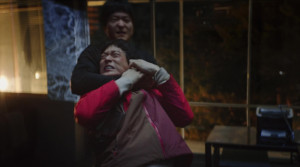 Moreover, there are numerous plot holes. Why would the government leave somebody as risky as a doppelganger alive? While you initially accept a lot of things simply because you get some nice action in return, that changes as soon as the pace slows down and the focus shifts to the drama and characters. Instead of all the drama, the movie should have centered on the media criticism. While nowadays the majority of people gasp when you start criticizing the government - because it is a well-known fact that the government only wants our best whereas every dissident is clearly a conspiracy theorist (side note: Where did all the good conspiracy thrillers go?), and scandals are swept under the carpet without any consequences -, a few years ago, there actually used to be stories dealing with the danger of the media's ever-growing (largely politics-driven) power. With social media, the problem has only gotten worse, as opinions can now be made - and not only China and Russia will have been smart enough to hire opinion makers and propagators for this very purpose. And that way, even an innocent, naïve delivery guy can become "Enemy of the State". A great idea, which "Golden Slumber", unfortunately, only deals with briefly, and therefore the possibly exciting and socially critical thriller is abandoned to make way for a more mediocre action drama instead.