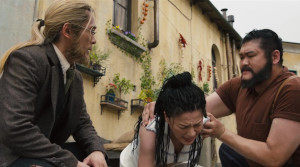 Story: Alchemist Edward (Ryosuke Yamada), Prince Ling Yao (Keisuke Watanabe) and Envy (Kanata Hongo) get swallowed by the homunculus Gluttony (Shinji Uchiyama). Edward's brother Alphonso is able to make Gluttony tell him that the homunculi's father probably knows how to get them out of the dimension they are in. But Edward himself also finds a way through the "Gate of Truth", at the very moment when Alphonso and Gluttony are standing in front of "Father". That man is actually the head of the whole conspiracy in the government, and he is the man pulling the strings of Führer Bradley. Edward and everyone else manage to escape, and with the help of Scar (Mackenyu Arata) and the records of his brother, the allies are able to uncover what "Father's" goal really is. He wants to perform a gigantic alchemistic ritual which has been going on for 300 years and in which vast amounts of blood are shed at certain points of the country and beyond. This not only explains the country's incursion into Scar's homeland Ishval, but also brings Edward and his comrades on the track of the country in which the next bloodbath or war is about to happen. While Edward goes there along with some support to warn the country, Alphonso goes searching for his father (Seiyo Uchino) who could help them. Not only is he already well-informed about the events, but he has also been taking necessary steps for a long time. Still, is it enough to stop the powerful ritual? 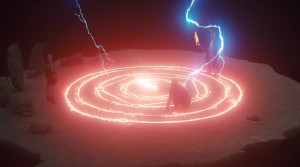 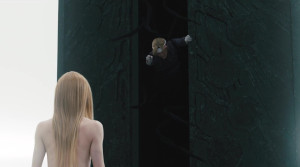 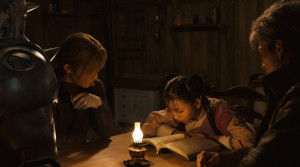 Review: The first two parts of this manga adaptation were already a bitter disappointment, but at least the second part "Fullmetal Alchemist - The Revenge of Scar" was able to arouse a little curiosity with its twists hinting at an epic finale, and it also managed to show that the original material has some nice ideas to offer. With "The Final Alchemy" the director unfortunately manages to take everything that was bad about the movie adaptations and carry it to extremes. While Scar served as some kind of focus around which the story mainly revolved in the second part, this time, something like that is completely missing. A fact that actually doesn't make the second installment look that bad anymore. After all, the last part of the trilogy is all over the place. It's an art in itself to trim down everything, but still manage to just rush through the entire story, giving the audience the feeling that nothing special really happened in the end. 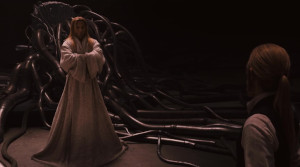 First of all, it should be mentioned that the movie starts exactly where the second part left off. This means that, without knowledge of the previous movie, you will feel even more lost in the story than you do anyway. Because there is hardly anything coherent here, and only little that makes sense. Characters always pop up exactly when they're needed, and not just in a way that you'd expect from a sloppily written script, it actually happens all the time. After all, the countless characters have to be brought together somehow, and with the abundance of material, there is simply no time for comprehensible plot development. This even goes so far that we constantly have to ask ourselves where we are, and above all, why we are there. The conspiracy, which was already touched upon in the last part and whose unfolding was eagerly awaited, ultimately only consists of a single boss battle with different antagonists and several phases. 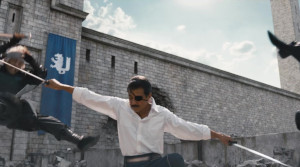 Maybe this is the big problem of "Fullmetal Alchemist": As a manga/anime or as a video game, all this would work just fine, but the medium of movie needs certain adjustments that simply were not made here. Even without any knowledge of the original, you watch certain scenes and can imagine them working quite effectively in another medium, but in a movie, they just make you smile wearily. This applies both to the special effects that never really work properly - apart from the cheap-looking creatures the constantly visible green screen is particularly annoying - and the acting, which simply cannot be called good, as anime reactions are simply carried over to a live-action movie. Towards the end, at the latest, when the different characters call out Edward's name one after the other in order to cheer him on, it's pretty clear that something like this only works in an anime with the right kind of mood. Besides, the fact that the dialogues are generally written poorly, doesn't help either. 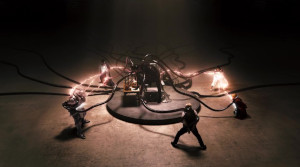 The promising story goes downhill too, as only the most important developments are checked off, and you get the impression that good ideas were realized in the worst possible way. But this is definitely due to the movie's breakneck pacing, which unfortunately does not create tension, but rather makes "The Final Alchemy" seem as if different scenes were arbitrarily strung together. Somehow, the director tried to give each character a little room to complete his/her storyline. In the end, however, the result is that nothing really gets a satisfactory ending. Scar's emotional journey, to name just one example, fades so far into the background that you even have to ask yourself why the second installment dealt with him at all, and why it did not just add some of the third part's material instead, so that everything would be less cluttered later on. On paper, every person may have gotten his/her very own resolution, but are we emotionally moved by them in any way? No. Especially Edward's father and the conflict between father and son would have provided much more material for some drama. 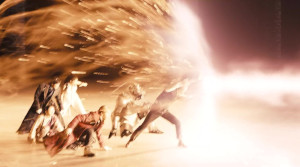 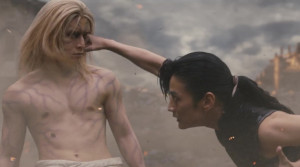 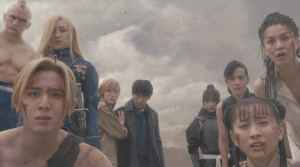 The multitude of characters, whose life stories are reeled off as quickly as possible, is overwhelming, and the movie doesn't do them justice at all. In the end, we get an epic finale - at least, that's what it is supposed to be, instead it seems rather ridiculous and tiring most of the time - and the movie doesn't even try anymore to get the characters into this fight in a meaningful manner, they just get teleported there one after the other. Then individuals simply disappear until they are needed again, or they stand around motionlessly like NPCs when the scene is not about them. All this seems so little like a coherent movie that it actually becomes real work to fight your way through the entire 143 minutes. The best thing about the flick is its epilogue, because the pace finally slows down a bit and we get a resolution for the individual stories or rather some farewells. It is striking that this is precisely what is most interesting about the movie, since it actually proves to have the cardinal mistake of putting countless epilogues one after the other. But maybe the epilogues are only that appealing because you realize that this messed up anime adaptation finally comes to an end...