Fullmetal Alchemist - The Revenge of Scar 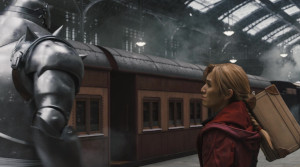 Story: Edward Elric (Ryosuke Yamada) and his brother Alphonso get into trouble with Ling Yao (Keisuke Watanabe), the prince of the land of Xing, who is looking for the philosopher's stone. When Edward arrives in town after the altercation, he hears from General Roy Mustang (Dean Fujioka) that all the state's alchemists are currently being hunted by an unknown man with a scar on his face. It doesn't take long before "Scar" (Mackenyu Arata), as the killer is called by the government, also finds Edward. It's only by pure luck that he manages to escape the clutches of the killer, though. Eventually, the alchemist finds out that Scar is from the land of Ishval, which was involved in a cruel war started by Amestris and its military a few years ago. In order to end the war and under instruction of the "Führer", Amestris sent the state alchemists into war, who then committed a genocide against the population of Ishval. Scar now wants to take revenge for these atrocities. But in the process, not only Ling Yao constantly gets in his way, but also the homunculi Envy (Kanata Hongo) and Gluttony (Shinji Uchiyama), who don't want Edward to die, as he is still needed as a sacrifice for a ritual. Edward is caught in the middle of all that, and he has to think carefully with whom he forges an alliance in order to put a stop to Scar. Along the way, it turns out that there is a big conspiracy going on in the government too. 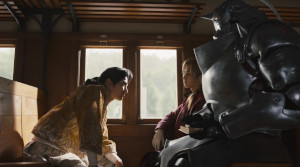 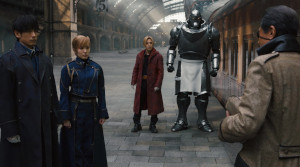 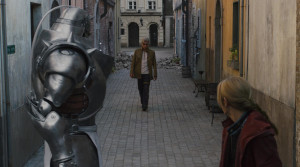 Review: The days when manga adaptations were mediocre at best are thankfully over. With "Fullmetal Alchemist" Hiromu Arakawa's extremely popular source material was already adapted in 2017, but unfortunately it turned out that even today it's hard to do justice to the original. For unknown reasons, there is now not only one sequel, but two, which actually should be called a two-parter. Even more so than in the first installment, one fact becomes pretty clear again: This live-action adaptation can only serve as an appetizer for the manga or anime series. The sequel "The Revenge of Scar" cannot be described as having a coherent story with a complex backstory and interesting characters, not by long shot. However, the general consensus is, that the movie took a very popular story arc as its basis, and the original's quality at least shows through. 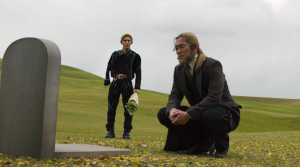 As the first part was quite forgettable, it took me some time to remember the majority of the characters. For those who haven't seen the prequel, it will still be possible to understand the most important things, but since there are always little references to the manga and there is also some fan service, it is difficult to keep track of all the characters and subplots anyway. So, it's better to get into the movie with some prior knowledge. The biggest problem with the story, however, is the fact that a rather long plot development was clearly cut down to its bare minimum. Which means, there is no room to deal with problems a little longer, and subplots of characters are resolved as quickly as they were created. Unfortunately, this gives you the impression of watching several episodes in a row. Not to mention the fact that new characters keep turning up, and you have to ask yourself whether they are important or not. 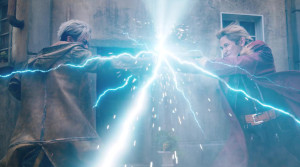 It's frustrating to see the story just go by, because there's actually enormous potential in it. The flashbacks to Ishval and the genocide that was committed there really have some substance and manage to make us curios. At the same time, the tragedy of Scar's character becomes clear, and we have to realize that we are not dealing with a stereotypical villain. Mackenyu Arata has already portrayed a complex adversary in "Rurouni Kenshin - The Final" (a good example of a successful manga adaptation), and here he once more fits the role nicely. Unfortunately, he doesn't get a chance to give real color to the emotions. Everything is constantly just touched upon. This comes to the surface even more with Roy Mustang, who is still struggling with having been involved in the genocide. Him grasping for power, in order to be able to do everything better at some point in the future, is a fascinating storyline, which of course, sadly also falls by the wayside. 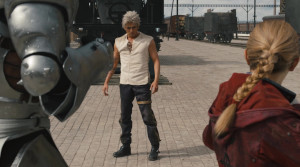 Gluttony and Envy are also back and they have their very own agenda. At the same time, it is slowly revealed that a great conspiracy has been established behind the scenes, which is now uncovered bit by bit. Not to mention that the prince of Xing is also added to the mix. "The Revenge of Scar" is extremely cluttered, and story snippets are served to us every minute without giving us the chance to enjoy them properly - which is difficult too, as they seem uncooked (trying to stick to the analogy here). Despite some attempts to put some tragedy into the movie, we feel emotionally distant to the events. Still, you constantly get a brief glimpse into the epic dimensions of the story, and those are the moments in which your interest gets piqued again. There is something grand about the story and its entanglements, and a movie with such a short running time simply cannot do justice to that. 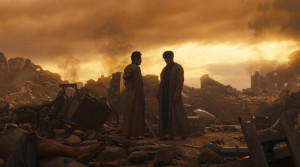 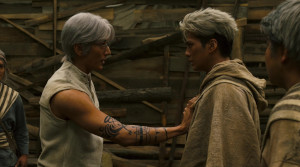 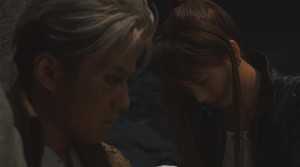 Unfortunately, the need to compress the story also leads to some very strange coincidences and artificially constructed scenes. Even the action doesn't always manage to score points. The special effects range from acceptable to unconvincing, and since the conflicts often cause quite a lot of chaos and destruction, this is a real pity. In addition, the green screen is simply too obvious in a lot of scenes. So, "The Revenge of Scar" struggles with similar problems as its predecessor and a few more. The reason why the flick is still not an absolute disaster, is simply its good ideas and the attention to detail regarding the story, even though we only get to see excerpts of it. A strange cliffhanger ultimately underlines the at best mixed quality of this picture. The second part of "Fullmetal Alchemist" can therefore not be recommended, especially not to fans of the original, but it will at least manage to make newcomers interested in the manga/anime.