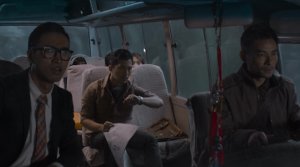 Story: Due to a traffic jam, bus driver Qian (Du Yiheng) suggests to his passengers to take a shortcut through a tunnel. Among the passangers on the bus are insurance salesman Ma Wen (Luan Yuanhui), tunnel engineer Han Shen (Chen Zhen), pregnant woman Wu Yu (Cheng Shuang), supposedly elegant lady Tang Xinyu (Yu Weiwei) and teenager Xiaoxi (Qi Lanyin), who takes care of her autistic little brother Zhouzhou (Lu Zhuo). Ma Wen tells the group about a serial murderer, who is striking terror into people's hearts in the area, and when the bus drives through the tunnel, the group picks up a man who introduces himself as Chen Jia (Nie Yuan). After the passengers traveled through the tunnel for twenty minutes, they realize that something must be wrong. They turn around and drive into the other direction, but even after thirty minutes, they are still in the tunnel. The passengers leave the bus and try to find out what is going on with the help of a ball of wool. But walking in one direction Han Shen and Chen Jia quickly end up back at the same spot where they started. The tunnel seems to be an endless loop. Desperate, the passengers collect all the remaining food they have with them. But it doesn't take long and they realize that not only space works strangely in the tunnel, but time as well. The group is constantly hungry and the food spoils quickly. And then, Han Shen disappears. Eventually, the group discovers a secret room and in it they find a plan which shows six tunnels connected to one another. Will the passengers ever see daylight again? 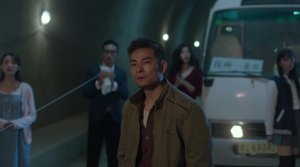 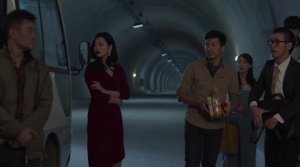 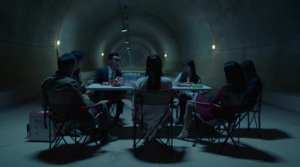 Review: "Endless Loop" is a horror thriller, which instantly focuses on those kinds of supernatural elements that can easily glue the audience to the screen. What is going on in the tunnel? How does the story of the serial killer fit into all this? Why does time work differently in the tunnel and what is it that makes every passenger go crazy after a while? We do get an explanation, but it also causes a huge problem that correlates with China's censorship. Not to spoil anything, but real supernatural horror has a hard time with the country's censorship. Even as a viewer you will tend to look for some rational explanations for what is going on. And this will be tough, considering all the inexplicable events, but at a certain point, a twist presents itself, which puts everything into a new light. The only problem is that it also causes a disruption in the narrative style. 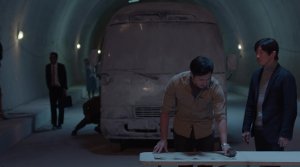 Chen Jia, played by Nie Yuan ("Brotherhood of Blades"), gets picked up by the bus driver without any hesitation. Apparently, he is a wanted person, at least his picture is in a newspaper, and then there is also the story about a serial killer. Soon, Chen turns out to be the real protagonist of the story. But nobody actually tries to get to the bottom of who he really is and what he was doing in the tunnel, in the first place. Moreover, he constantly mentions that they don't have much time and on his watch there is a countdown running. Then there is a room, in which the wanted serial killer puts all his trophies on display, and this room doesn't just exist once. So, the group walks from one tunnel to the next and even if the setting remains the same, there is always something different about each tunnel. Either everything is suddenly covered in dust, or the lighting is different etc. Surely, this shows that the filmmakers were on a tight budget, but the sets also skillfully establish an atmosphere of otherworldliness. 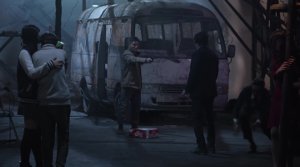 The characters assimilate to this nightmarish world and gradually get mad. But it is hard to define real character traits here. Instead, the characters are more like clichés: the autistic boy, the dolled up Xinyu, who sells herself for some food, or the egoistic insurance salesman. You can't really call them interesting. Later, we get a reason for them being so one-dimensional, but it doesn't really help the movie all that much. However, up until the big twist, "Endless Loop" manages to keep up the right amount of suspense and mystery elements to entertain the audience and make us impatiently await some answers. The sets are atmospheric, as well, and so it is only the resolution that turns the last third of the movie into something unexpected. Which can also be a positive thing, just not in this case. 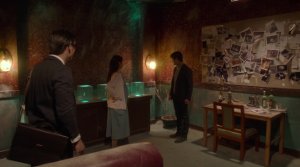 As eventually the reason for all the supernatural elements turns out to be something not that original. In addition, the resolution about what we have seen so far, tears the plot apart, because the movie keeps going after the twist for quite some time. One might say, that the movie gets even kookier from this point onwards because now it has actually earned the right to do so, and in fact, there are some very interesting scenes which can be considered art-house and hide the rather low budget pretty nicely. One might also say that the resolution is not that bad and the movie should simply have put a little bit more effort into its characters, or rather into their extremes even more, the way it was done with the insurance salesman and the "escort lady". All the other characters are simply just there and the movie doesn't work with them. Especially because we are dealing with a psychological thriller here, this simply has to be called sloppy script-writing. 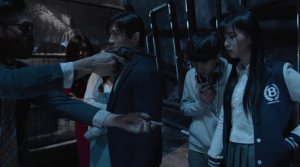 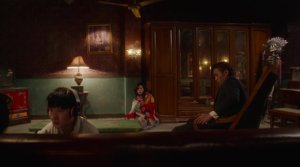 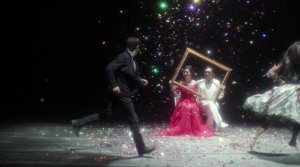 There are some good ideas in "Endless Loop" and the movie is not the typical hence boring horror flick of today's cinematic world. It doesn't work with simple heart-stopping moments, instead everything gets more and more unreal with each passing moment, which is also reflected in the nice sets. Unfortunately, the pacing with which we get more and more crazy stuff thrown at us, increases so much towards the end that you get completely lost. The filmmakers could have shifted down a gear at the end and in return shift up a gear during the first half of the movie, so that the pacing could have increased steadier. Be that as it may, you still won't get bored. And besides, when it comes to quality "Endless Loop" can easily keep up with international horror productions. Even if the tight budget is noticeable at some points, the eerie atmosphere is captured nicely and the idea behind the story is rather praiseworthy, despite it being not that original anymore. For horror fans looking for something other than the typical ghost or monster story, the "Endless Loop" is definitely right up their alley.