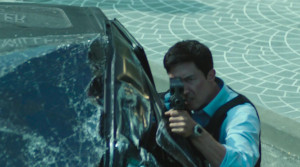 Story: Jang (Jin Sun-kyu) is a drug lord who was actually supposed to produce drugs on behalf of North Korea and sell them abroad in order to supply the country with a steady cash flow. But he defected and now lines his own pockets. North Korea also has a problem with the fact that Jang has a billion dollars that belong to them. They want the money back and so Lim Cheol-ryeong (Hyeon Bin) is sent to America, where the FBI captured Jang. The FBI's lead investigator Jack (Daniel Henney) is not at all happy that he has to give Jang to North Korea. However, when the prisoner is being handed over, there is a big shootout and Jang manages to escape. For reasons unknown to the North, Jang flees to South Korea and goes into hiding, were he also launches a new drug. Lim is sent to South Korea, where he is supposed to collaborate with Detective Kang Jin-tae (Yoo Hae-jin). The two have already solved a case together in the past, but despite their friendship, Kang is aware of the fact that Lim's loyalty lies with his own country. When Jack gets involved in the case too, it seems almost impossible for the parties to cooperate. Still, the three have no other choice but to share their knowledge with each other if they want to put a stop to Jang's activities - as the drug lord has already forged an extremely dangerous plan with which he wants to take revenge for the death of his family. 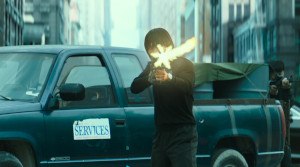 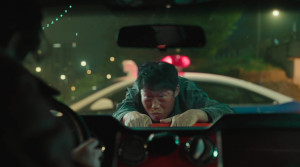 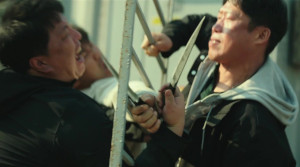 Review: If you don't have the best memory anyway, it's no surprise you cannot remember "Confidential Assignment". Luckily, I can use my reviews as a memory aid, and I quickly realized that the first part was simply forgettable. That's why I was all the more surprised to see that there was a second installment in the first place, and even the more astonished that it was basically better in all respects too, so much so that it could actually be called a good movie. This is not only due to the excellent action (which was already pretty decent in the first part), but above all due to the humor, which works on a level that is not embarrassing at all - instead it's really entertaining. Moreover, the flat characters were fleshed out more and - also thanks to a third "buddy" - the direcctor finally managed to get the chemistry between the main characters right, which is something that didn't work in the first flick. 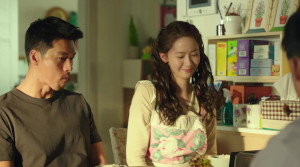 The movie starts off with a rather impressive shootout on the streets. Unfortunately, the action is not able to maintain this epic level later on, but somehow you don't expect it to do so anyway. Instead, as the plot of the movie unfolds the story takes the time to introduce the different individuals through their interactions with each other, and therefore the characters are much more alive than they were in part one. The supporting characters also get a little more room here and there, especially Min-yeong, who is played by Yoona ("Exit"). She also creates a love triangle, which includes enough humor, though, so that things never get cheesy. Above all, this subplot makes the otherwise constantly cool-looking Cheol-ryeong get more of a human touch too, as Hyeon Bin ("Rampant") is still a bit wooden in his role, but the script doesn't give him much to work with either. Thankfully, Yoo Hae-jin ("Mal-mo-e") is not as over-the-top and goofy as he was in the first installment, instead he is actually almost charismatic. 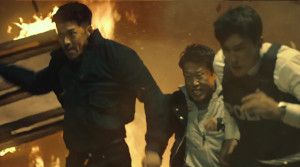 The reason why the movie has the subtitle "International", apart from the fact that the introduction is set in the USA, is the third person in the league. Daniel Henney ("My Father") is the Korean Michael Wong. He almost always speaks English and only sporadically speaks Korean when it suits him. The fact that he always immediately scores points with women, mainly because of his appearance and masculinity, starts a nice competition between his character and that of Hyeon Bin. But that is not the only reason for tension between them, because - needless to say - all three protagonists are loyal to their own country and therefore always have to hide some information from the others. Of course, in a buddy movie like that, there just has to be some betrayal followed by remorse and redemption. Overall, it can be said that adding another character brings more dynamic to the movie and actually increases the level of entertainment. 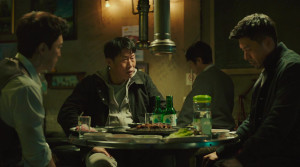 But apart from the nice banter between the characters, the script is nothing to write home about. We only get a flimsy reason as to why there are three men from different countries chasing after the same man. And this man follows a very mundane goal, at least until the screenwriter noticed that he does not pose any serious threat at all. So, towards the end, a revenge motive is thrown into the mix presenting the prospect of a chemical bomb being used. If this storyline had been cut, the movie would not have lacked anything at all. Instead, all this makes the story inscrutable and unnecessarily convoluted, not to say chaotic. Before that, you were actually able to follow the investigation pretty well, and the fact that there is a surveillance camera at every corner in Seoul made a lot of the typical legwork unnecessary. The happenstance that Detective Jin-tae is in the cybercrime department has little to do with that, though. 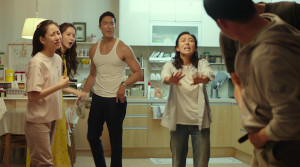 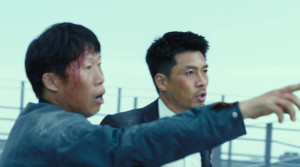 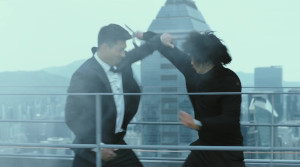 Towards the end, however, there are still some nice action scenes, and again the level of violence contrasts the family movie atmosphere. A contrast that is actually quite pleasing this time. Action fans will also get their money's worth thanks to some gripping scenes, but it's mainly the humor that works really well in this sequel. The dialogues between the individuals are entertaining and create a pace and dynamics that make the 128 minutes fly by in an instant. Different to what we get to see in so many sequels, there is hardly anything over-the-top here, and thanks to the introduction of a third character into the bromance you can even watch the movie without needing any knowledge of the previous picture. Accordingly, "Confidential Assignment 2: International" has done everything right as a sequel. As a movie on its own, you don't get anything seriously new here, but what you get is some solid entertainment.