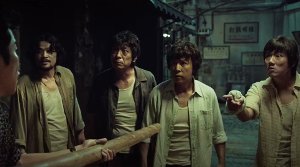 Story: It's the early 60s when Ho (Donnie Yen) and his friends arrive in Hong Kong in order to lead a better life. He takes part in a mass brawl for gangster Chubby (Ben Ng) since he gets paid for it. There he piques the interest of corrupt policeman Lee Rock (Andy Lau) who takes him under his wings. At the same time Ho makes an enemy of British police squad leader Hunt (Bryan Larkin). Despite Rock's warning not to get involved with the triads Ho has to agree to work for Chubby since this is the only way of saving one of his friends who finds himself in a predicament. From that day on Ho sells drugs and rises in rank. Rock eventually supports Ho and together they make a fortune. When one day there is a confrontation between Rock and a few gangsters Ho saves the policeman's life. In the process the gangster's knee is shattered. Next to the stroke of fate of losing his wife and child this is the crucial factor why Ho is solely focusing on rising in the world of gangsters now. But his rivalry with other bosses and the British police led by Hunt don't just give him a hard time, but his friends as well. 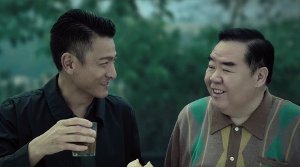 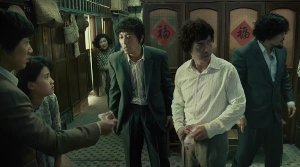 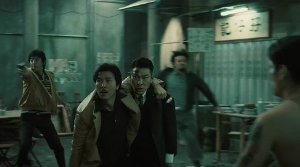 Review: The reviews for "Chasing the Dragon" looked pretty positive and so I was eager to see what kind of movie I were to expect featuring Donnie Yen in the lead without doing his triple-kick in mid-air. Yes, Yen doesn't embody a martial artist here, but a drug lord. And this in quite an impressive manner. Acting-wise this is without a doubt one of Yen's best achievements. But apart from that the movie impresses with exceptionally good camera work, beautiful sets and action neatly scattered throughout the movie. My feeling of doubts were justified, though, since next to Jason Kwan the guy responsible for the directing is none other than Wong King. Wong doesn't really stand for quality, to put it mildly, but especially towards the end of the 80s and during the early 90s he managed to deliver a few kitschy, but good movies. 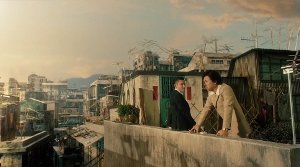 There are reasons why everyone is bashing Wong Jing, but at least his "The Last Tycoon" was a surprisingly good movie. And Jason Kwan is responsible, as a cameraman, for the polished look of countless new Hong Kong flicks like "Cold War 2". This kind of experience can be made out at every corner in "Chasing the Dragon". The camera moving through Kowloon is particularly impressive to look at and along with the groovy soundtrack gives the story just the sort of drive and atmosphere that you would imagine in a Hong Kong flick of the 60s. In "Dealer Healer" for instance this hasn't worked out so well. The sets, haircuts and costumes also catapult us back to that era. Thus, it's especially odd, that Andy Lau apparently insisted on keeping his side cut. Therefore, he somehow looks out of place in regard to his fahion sense. 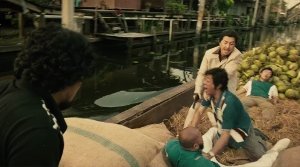 And this even though Lau ("Shock Wave") revisits his role as Lee Rock from the 1991 movie of the same name! It's irritating, though, that neither Lee Rock nor Ho are portrayed as the kind of villains in the movie you would expect. They instead make a pretty likable impression and most importantly uphold the tradition of brotherhood. If you think about it the characters should have a lot more dark edges to them, but even though those edges might be hinted at they are constantly pushed into the background of the movie. The picture lacks the courage of gritty Hong Kong flicks which consider viewers capable of getting along with morally ambiguous characters. At the same time this also means, of course, that the individuals lack depth and three-dimensionality. This also includes Ho's "brothers" who often are sadly crowded out and are only pulled back into focus if the level of melodrama demands it. 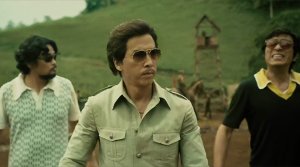 Furthermore, the approach of tailoring this story based on real-life characters to a wide audience makes things look a lot more colorful than you might expect. Of course, there are a few dark scenes as well, but particularly in regard to their quantity and the level of violence we would have hoped for more. The strong focus on the British as the actual villains is also striking. It seems as if the story has been made to fit the taste of mainland China in order to appeal to the growing national consciousness of the former "sick Asian". The presence of the British as a colonial power surely was a big problem for the Chinese people of that time, but the main focus lies on this aspect too strong, as the showdown alone is proof of enough, and should have been distributed among the protagonists' motives more evenly. After all, the individuals seem interesting, but their potential is never made full use of. 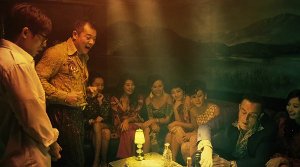 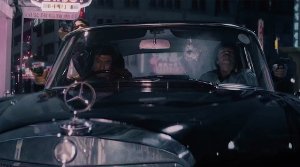 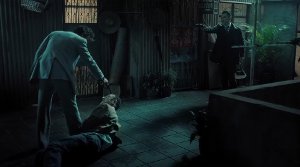 However, Donnie Yen ("Ip Man 3") has really put effort into becoming the crippled drug lord and also manages to carry some of the more dramatic moments. Yet, it becomes apparent that the inevitable passing of some of the characters don't move us as much as the screenplay would have liked. This shows once more that more character elaboration would have been necessary. With a running time of 128 minutes this should have been possible, too. Instead, Wong Jing puts his efforts into the action, as already stated without any martial art scenes, and they certainly aren't too shabby. Ultimately, you get a well-produced action flick with neat pictures and great camera work, which noneteless often lacks the necessary amount of Hong Kong grittiness. It's also unfortunate that this modern adaptation of the story works only on the surface of the characters.