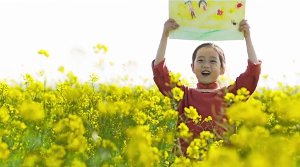 Story: Gye-choon (Youn Yuh-jung) lovingly takes care of her little granddaughter Hye-ji. However, Hye-ji suddenly disappears without a trace during a visit to the market. Twelve years go by and Gye-choon never gave up on searching for her granddaughter, but then the girl just turns up again and explains that her mother had kidnapped her and that she was told her grandmother had died. Unfortunately, Hye-ji's mother then soon died in a car accident, which is why Hye-ji grew up in an orphanage and eventually ended up living on the streets where - together with other youngsters - she made ends meet by stealing and blackmailing. But she was thrown into this life involuntarily and now a new perspective opens up for her with her grandmother, even though she has to adapt to the unfamiliar life in the quaint village first. She goes back to school and her grandmother discovers her talent for art, which is why she asks her art teacher to support her. Hye-ji finally finds back into a normal life. However, some acquaintances from Seoul want to blackmail her and have her friend under their control. Gye-choon has a savings book and Hye-ji could get the money from it. In addition, she also has a secret, which weighs heavily on her and which would completely change her relationship to her grandmother... 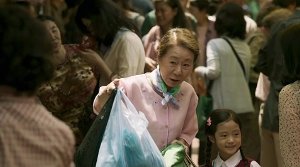 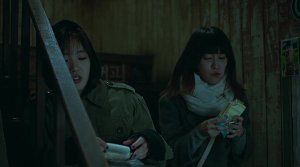 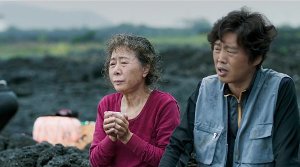 Review: There used to be a time when I would have given "Canola" a more gentle review. But once you realize how much the director draws on typical works of the genre, you cannot help but see most aspects of the movie as completely predictable. Amongst them are developments, which could be taken right out of a drama series. Without a doubt, they are presented in a better way, the events unfold in a rather pleasantly light-footed fashion, too, and even the main cast raises the movie's quality quite a bit. Nevertheless, that doesn't change the fact that director Chang ("The Target") just imitates things - even if he does so pretty successfully. He checks off the most crucial points of a typical drama and in the end the movie seems rather cluttered because of it. However, you have to give credit to the movie that, even though it sometimes gets quite melodramatic, it is never really tacky - not even at the end where the flick luckily manages to get its act together. 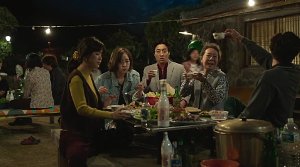 But as mentioned before, you shouldn't delude yourself. We definitely don't get something new. Especially, because the movie remains rather simple. The city is portrayed as an evil, all-devouring, gray place, whereas the countryside is colorful, full of neighborly help and has a sense of home to it. But the director takes the easy way out with this, even though he supposedly never actually planned to let the events get too complex either. However, the movie's message could have been treated as something more complex. Gye-choon's riddle about whether the sea or the sky is bigger also falls into the category of "You could have made some food for thought out of that". "Canola" is just supposed to pull at your heartstrings. Strangely enough, this isn't done too successfully, which is not the actresses' fault, though. And the tear-jerking drama kind of works, as well. However, nothing really surprises us and we don't feel up to being manipulated quite that easily. 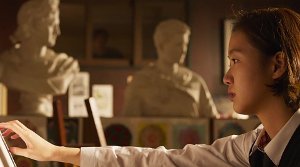 Kim Go-eun ("A Muse") portrays the emotional scars of her past quite convincingly and Hye-ji's awkwardness in finding back her way into a life with her grandmother is rather powerful, as well. But her old life never really lets Hye-ji go, which is why we have to ask ourselves whether she will eventually betray her grandmother. Nevertheless, Hye-ji is still somebody to sympathize with. Youn Yuh-jung ("The Taste of Money") plays the grandmother with all her facets and portrays the typical Korean grandmother, who had a hard life but still dedicates herself to the younger generation without turning into a stereotype. This is most likely the movie's biggest accomplishment. In addition, there are some side characters, which are all lovable but remain rather flat. For one, there is the art teacher as a mentor or the grandmother's friend and colleague, who makes sure that Gye-choon doesn't get ripped off. 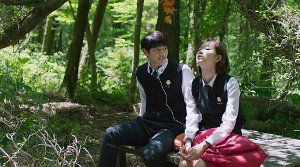 There even is a potential love interest, which fortunately isn't explored too much because it wouldn't have worked, anyway. All the subplots might be overwhelming, but they are used to show how Hye-ji slowly opens up and comes out of her shell, so there's nothing to blame director Chang for. The different sorts of situations all serve a specific purpose and don't make the movie look episodic. But you have to criticize the fact that the story meticulously tries to make the audience shed some tears. This just has to catch every halfway reasonable audience member's attention and basically destroys the movie's magic. Because initially, the wonderful nostalgia factor of a rural home and its kind-hearted people does manage to create a feeling of coziness. But unsurprisingly, the drama eventually makes a sweeping blow. 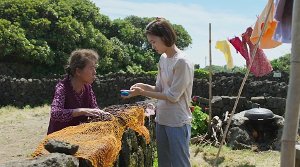 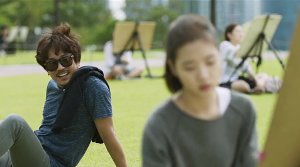 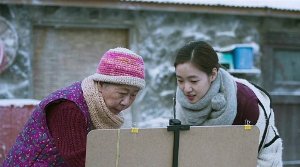 As soon as the drama picks up the pace, "Canola" simply gets uninteresting. Its message means well, the end result is not too hackneyed, but the movie's intention is so obvious that we start getting indifferent up until the end. Nevertheless, fans of the genre will get their money's worth. Everyone else will be carried away by the landscape and just feel good. A picture book neighborhood, great sets and a slowly developing relationship between grandmother and granddaughter make "Canola" work. The dramatic aspect in it, on the other hand, is uninspired and even if it does not make the movie cheesy, it kind of makes it mundane. Surely, you can have it worse when it comes to the genre, nevertheless, despite some pretty good acting performances, "Canola" will be forgotten in a heap of tear-jerking dramas.