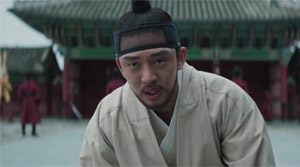 Story: During the Joseon-Dynasty King Yeongjo (Song Kang-ho) has already ruled for many years and he thus prepares his son to take his place. Soon it turns out that his son isn't really interested in learning the old Chinese Classics and eventually Yeongjo loses any hope he initially had concerning his son. The crown prince (Yoo Ah-in) suffers since his father doesn't accept him and his decisions. When he is supposed to take care of some regent tasks and his father is everything but satisfied with his work, the prince turns to alcohol and continues neglecting his studies. He instead prefers to paint and read books. Meanwhile, King Yeongjo puts all his hopes in the son of the crown prince, who shares his passion for learning and promises to be a good king in the future. Until then, there are still a few power struggles at the royal court the prince has to face, even if he has grown tired of it. He constantly directs his pent-up anger at his servants, until one day he is tired of his father's obvious hatred towards him. He makes his way to the palace in order to kill King Yeongjo. 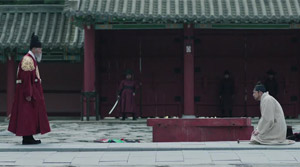 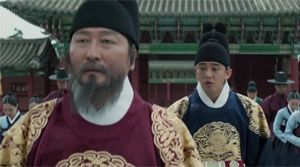 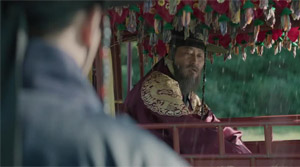 Review: Dramas at the Korean royal court taking place during the Joseon-Dynasty are a dime a dozen these days. Even those that take historical facts and use them for intrigues and forcing some tears. "The Throne" is one of those works, yet it promises to deliver what we expect of it, not only because of its star-studded cast, but also its director. A tragic story, well elaborated and acted characters, a multi-layered screenplay and of course drama. Concerning the latter it wouldn't have been bad if there were a bit less of it, especially towards the end, but those who are familiar with Korean cinema know that this is actually mandatory when it comes to palace dramas. Of course, the movie also manages to convince in technical respects. Wonderful sets and enchanting costumes are among its strong points as is a well composed soundtrack. 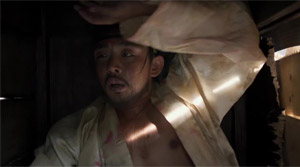 Expectations for director Lee Joon-ik's work weren't low, though. The man who next to movies like "Hope" and "Sunny" most importantly shot the much praised palace drama "The King and the Clown" returns to his roots so to speak, and proves that he still is a master of his craft. Actually a rather slow-paced drama, "The Throne" always succeeds in keeping the viewer interested thanks to subtle character development and the almost physically tangible emotions of the protagonists. In the hands of a less versed director boredom easily could have creeped in. But in this regard the screenplay also shows its strength. The story is told in long flashbacks and very effectively displays the distance between a father disappointed by his child and a son who longs for his father's love. 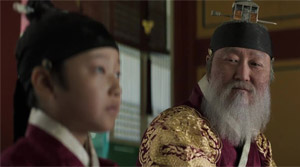 In any other family the differences between father and son could have been solved in a variety of ways. But the life of the royal family is visible to the public eye, therefore any private decision can also have political consequences or cause an uproar. Intrigues also shape the relationships within the royal family. In the end, it's all about power. This is also where the characters' tragic nature comes to the foreground. The father in fact never wanted to become a king, but believes that he sill has to be, since his son doesn't memorize Chinese Classics well. However, the type of government shaped by China and therefore Confucianism seems to be dated and the prince wants to do everything a bit better with his liberal thinking. Naturally, this gets little appreciation from the royal officials and the king's decisions are also discredited by this. Accordingly, it's politics that create a huge gap between father and son. 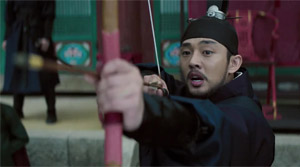 To his surprise the prince finds out later on, that his ideas have already been thought by Confucius himself. It's simply the old-fashioned governing system that stands as a breeding ground for corruption and intrigues. Latter ones are also started by close family members since they want to protect the rest of their family or because of similarly easily comprehensible motives. Tragedy and melodrama are sure to strike. Fortunately, Song Kang-ho ("Snowpiercer", "The Attorney"), this time with a raspy voice, delivers impressive acting as always. But it's more than anyone else Yoo Ah-in ("Punch", "Tough as Iron") who shows a great variety in his portrayal of the at first promising prince, who gets more and more choleric and ultimately can only be pitied because of the pain he has to endure. 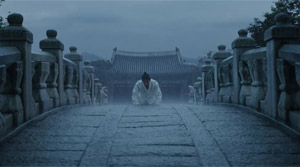 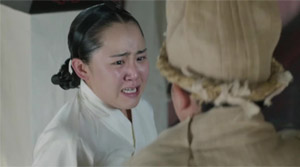 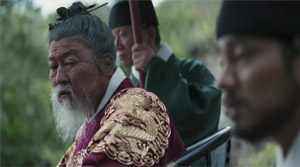 The supporting cast is also fantastic, giving the different personalities substance and making them all part of a complex net at the royal court. Furthermore, in technical respects it needs to be noted that director Lee's decision to deprive the film of some of its color without the sets losing any of their splendor adds a lot to the rather dark tone of the flick. Sadly, the director makes the typical mistake of dragging the epilogue very much in order to underline the film's tragedy. But at some point you simply have enough of all the tears. At other points the movie would have benefitted from a little bit less of all the melodrama, too. At least the nice soundtrack of Bang Jun-seok underlines the events in an appropriate manner, without the whole movie becoming all too cheesy. In the end, "The Throne" turns out to be a successful palace drama thanks to its obvious strong points.