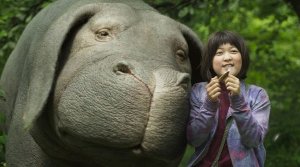 Story: Lucy Mirando (Tilda Swinton) is the CEO of Mirando Corporation, a giant meat company. She wants to improve the reputation of the company and introduces the development of a super pig that could stop world hunger and at the same time is environment-friendly. The media is excited, even though the first pig will be introduced in ten years at best. Lucy has given some pigs to several farmers scattered throughout the world and holds a contest among them. The farmer who manages to raise the biggest pig wins. Mija (Ahn Seo-hyeon) lives together with such a pig, which she named Okja, and her grandfather. At the end of the contest a representative of the Mirando Corporation, Dr. Wilcox (Jake Gyllenhaal), visits them and examines the pig. Being the contest's winner it will be brought from South Korea to America. However, Mija is against it and tries everything in her power to have Okja back on her mountain. She gets unexpected help by Jay (Paul Dano) and K (Steven Yeun) who are fighting for animal rights. They plan to equip Okja with a camera and show the world the actual, gruesome reality of meat processing. Mija doesn't agree, but K takes the decision into his own hands. 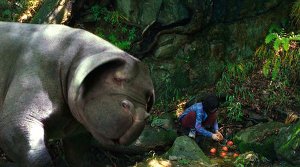 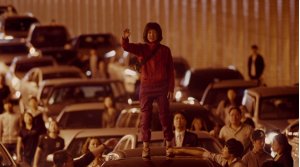 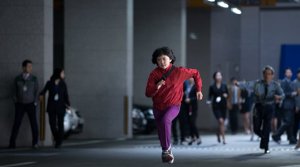 Review: This review will turn out to be way more critical than what you would expect regarding this otherwise highly-praised satirical drama. Therefore, I first want to point out that "Okja" is without a doubt a good movie. However, it still struggles with a few problems which make me shake my head in disbelief that some professional critics - however you want to define that - praise "Okja" as an incredibly profound movie. I was in fact a little bit shocked how shallow the movie ends up being in regard to social criticism. Moreover, director Bong Joon-ho trades subtlety for caricatural characters and a sledgehammer with which he wants to hammer a fable around the friendship of a girl with a computeranimated animal as a good reason for abstaining from meat into the viewer's head. That's a bit too little in the end... 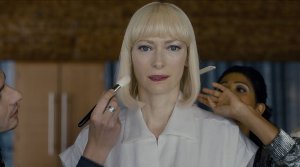 You constantly read that you will probably limit your meat consumption or even give up on it completely after this movie. Accordingly, I somehow expected gruesome slaughtering or the like with which Bong wants to shock us. There may be scenes similar to that, but contrary to my expectations they aren't nearly as cruel as what you get to see in any documentary about the topic or the facebook posts of radical vegetarians/vegans. But maybe it's wrong to accuse Bong of a certain level of banality resp. naivity with which he wants to make the audience aware of the atrocities of industrial livestock farming. In my opinion, this is all very well-known and since I personally don't want to completely forgo eating meat I eat it very consciously and in moderation. Something I would expect from everyone else, too. But maybe not everyone is already thinking that way and you need a movie like "Okja" to shake up everyone. 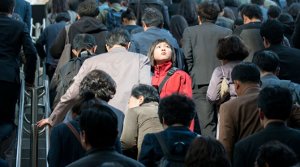 So the point of my criticism is that Bong doesn't go far enough and only scratches the surface. Ultimately, he handles the graphic material with so much moderation that you could think this is a family movie or even a picture for children, if it weren't for the great amount of cursing. A certain, almost cheap emotionalism as it is mandatory in a movie like this can be found towards the finale, too, and the first half hour, in which the relationship between Mija and Okja is explored, makes us expect this as well. Furthermore, the introduction is too long. Ahn Seo-hyeon ("Monster") may show the stubborness and love of a peasant girl which makes it believable why she follows Okja to the end of the world, but there isn't more than that to Mija's character the actress could work with. And the almost human intelligence which Okja showcases at the beginning while saving Mija's life as well as the animal's intelligent dog eyes, turn the mutated animal almost into a human, as if Bong and his co-writer Jon Ronson didn't trust their own plot enough to carry the emotional bond between Okja and the girl without such tricks. 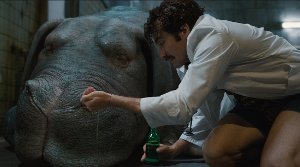 Bong Joon-ho has already brought to screen a mutated animal in "The Host", although it is really a monster in that picture, and the end result was a lot warmer and more subtle, particularly concerning its social criticism. With "Snowpiercer" the director also set foot on an international stage and he may have criticized class system more direct in that work, but he did so in a story which felt more consistent. "Okja" alternates between being a tragical drama, scenes of gruesome concentration camp-like rooms and off-beat satire. This doesn't always fit together. Bong's humor is very special and Tilda Swinton already managed to carry it well in "Snowpiercer". Jake Gyllenhaal ("Southpaw") is almost unrecognizable in his role as the queer animal lover who has sold his soul and suffers because of it, but despite the fun these roles ooze out "Okja" feels unnecessary flat. The absurdity isn't made use of smartly enough for it to capture the madness of some CEOs' company policy. 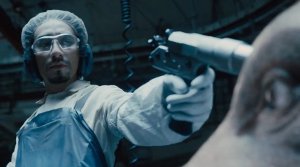 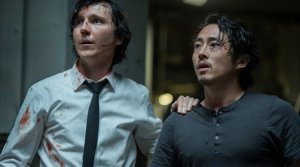 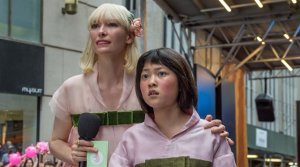 Bong also takes on the role of a righteous animal activist as if wanting to lecture us and by that also makes his position look a bit too naive (?). And this even though we have the most interesting characters among the animal activists, played by Paul Dano ("12 Years a Slave") and Steven Yeun ("The Walking Dead") for example. And the scene in which one of the group's members is so extreme that he is almost starving himself to death is one of the most self-critical and thus most successful ones of the film. You really would have hoped for a more sophisticated approach in general. Instead, Bong carries across a message which is too idealistic and therefore too flat. Maybe that's sometimes necessary, though? "Okja" is still a colorful movie at the end of the day which may be somewhat inconsistent in tone, yet never falls apart and has its heart at the right place. Apart from the rather long introduction there are also no pacing problems and the unusual, sometimes a bit absurd characters are a lot of fun, too. In any case this is a movie like only Bong can make them and this alone can't be a bad thing. It's great that he has found a new playground with Netflix where he can reach an international audience with his very special style.