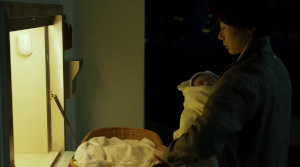 Story: A young mother, So-yeong (Lee Ji-eun), drops her baby off at the baby box of an orphanage. The policewoman Soo-jin (Bae Doona) is observing the situation with her colleague (Lee Joo-young). She follows a lead that Sang-hyeon (Song Kang-ho) and Dong-so (Gang Dong-won), two employees of the orphanage, illegally sell some of the babies to people who want to become parents. And Sang-hyeon and Dong-woo do in fact delete the video footage of the baby being dropped off and soon start to look for a buyer. However, the young mother comes back to pick up her baby again. When Sang-hyeon tells her that the two men want to sell the baby and that she could get her fair share, she agrees to participate. The three start looking for possible buyers, but they are quite picky when it comes to suitable parents. Detective Soo-jin has to be patient, as she needs to catch the criminals red-handed in order to put them in jail. She watches their every step, and that way gets to know them a little better. They are not the monsters the policewoman initially thought they were. But then it turns out that there was a murder in which one of the three could have been involved. All the while, the three get closer during their search for a buyer and take turns taking care of the baby. 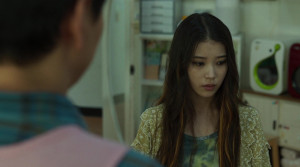 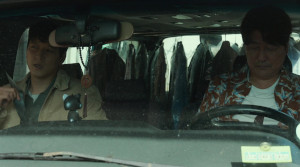 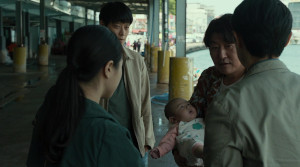 Review: Director Hirokazu Koreeda has already won the Palme d'Or at the 2018 Cannes Film Festival for his family drama "Shoplifters". In fact, he has always made movies about somewhat weird families. People who seem randomly thrown together, but who are still held together by strong family ties. Despite all the problems that the family members face, Koreeda's movies always radiate a certain kind of warmth that can sometimes turn a little sentimental, though. "Our Little Sister" as one of his more positive works comes to mind here. Even though the director repeatedly turns to the subject of family, specifically trying to find out what exactly this word means, he also makes a few small detours from time to time, like in the somewhat dark or at least somber drama "Air Doll", for whose leading role he had already engaged Bae Doo-na. I mentioned those last two movies for a reason, and that's because in terms of tone "Broker" feels like a fusion of the two works. 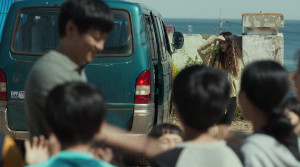 "Broker" was a movie that once again played at the Cannes Film Festival and so you cannot help but think that Koreeda wanted to bring another movie to the screen that could qualify for an award. Maybe that's why this was his first time making a Korean movie, because after "Parasite" (also with Song Kang-ho) the country still has some momentum left to possibly guarantee the next award. However, "Broker" struggles with a rather leisure pace and the characters are somewhat unapproachable too, even though this changes a little bit over time. Still, you can't help but get the impression that Koreeda's style is more in line with Japanese cinema. Apart from that, the drama is clearly "Korean". Mainly you get this feeling because for the most part "Broker" is also a road movie. At a certain point, for example, all the characters suddenly have a lot of fun and the tone becomes a bit more carefree, so much so that you almost feel reminded of a holiday trip. 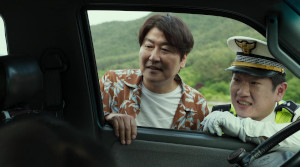 But this moment does not last long. Most of the time, the drama works its way through each character. The fact that the director avoids assigning guilt to anybody is fascinating and, in my opinion, a big plus. I even read a review that criticized that the actions of the protagonists make them unsympathetic, while the characters themselves are portrayed far too charismatic. Of course, this might irritate some people, but it's also what makes Koreeda's dramas more complex. Various flaws and character defects come to light, but at the core, none of the protagonists are really evil. During the road trip, the characters slowly grow together. Seeing So-yeong smile for the first time when the guys fool around eventually breaks the ice and even allows us to willingly learn more about the background of her decision to give up the child. When the storyline around the investigation of a murder then starts to run parallel to that, but without making the movie ever feel like a crime thriller, we are always undecided about what to think of the characters. 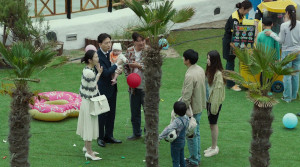 Still, the distance you feel at first, which actually lasts until the second half of the movie, makes it difficult to be emotionally invested in the drama, and some scenes are also quite long-winded. This is a bit unfortunate, because some of the dialogues actually show a certain depth, but their full potential doesn't get tapped here. Later, the whole thing works much better, and thanks to the consistently good performances, those moments never get too sentimental. In this mixture of drama and hope, not least in form of the little baby for whom none of the people involved want a bad future, humor also plays a rather important role. While the policewoman tries to catch the criminals red-handed, there is constantly something going wrong when they try to sell the baby, or the potential parents simply turn out to be unfitting. So, that's why it has to come to the long road trip in the first place, during which the protagonists work off a list of various interested parties. 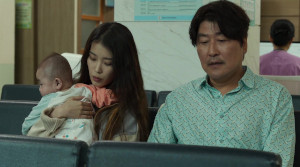 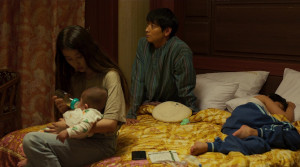 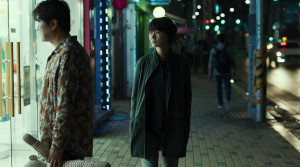 In the meantime, the policewoman listens in on the "human traffickers" and realizes over time that they are not monsters. This also becomes clear through innuendos centering around the characters' lives, such as when Song Kang-ho's character meets up with his daughter, who lives with her mother. As a viewer, you would have wished for even more of those moments, because the characters gain a little more depth through them. Something that does not work as well in "Broker" as intended. Towards the end, you also get the feeling that things come a little thick and fast, even though there would have been enough scenes that could have been cut. So, the fact remains that "Broker" drags on quite a bit. But there are always a few scenes and dialogues that manage to strike the right chord and are quite moving. In the end, Koreeda succeeded in making another "family movie" that celebrates life with its various hurdles, while tragedy and hope go hand in hand. Nevertheless, "Broker" is not his best work.