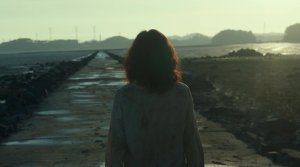 Story: Jung-yeon (Lee Young-ae) hasn't had an eye on her son for only a few minutes and since that day he has vanished. She and her husband are still looking for him after all these years, whereas Jung-yeon is plagued by a guilty conscience as back then she wished to have just a little bit of time to herself without her son. Together the couple keeps looking for their child all over the city and also constantly inquires at a center for missing children. One day, Jung-yeon's husband believes to have a new clue and follows it. However, he tragically loses his life in a traffic accident and the supposed clue turns out to be a children's prank. Jung-yeon has lost all will to live, but before she can put an end to all of this misery she gets a call from someone who has very accurate information about her son. He wants money and Jung-yeon is willing to pay. She is told that her son lives within a small community outside of town. Her informant got this information from a police officer who believes that the little boy Min-su (Lee Si-woo) could actually be her missing son Yoon-su. The little boy is forced to work for a fishing business for tourists and has to endure everyday abuse. Furthermore, police officer Hong (Yoo Jae-myung) holds a protecting hand over the fishing business. He is also the one responsible for Jung-yeon not seeing her son there when she visits as he wants to get rid of her as soon as possible. However, he underestimates the intuition of a mother... 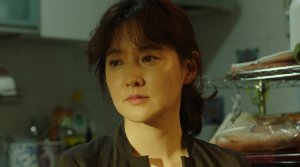 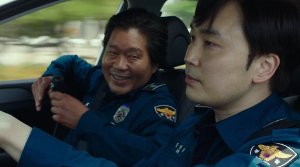 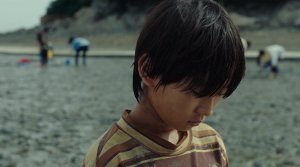 Review: "Bring Me Home" is a dark thriller drama that maybe suggests that this could actually be a revenge thriller, not least due to the cold eyes of the female protagonist. But that's not the case. It's in fact a drama that could be hard to stomach for the more sensitive viewers since it revolves around suffering and child abuse. While the movie at first exhibits a rather slow pacing and mainly wants to convince with its pictures and atmosphere, the cruel acts committed against children more and more win you over for the female protagonist as we are hoping she might actually find her son again and save him from this environment of abuse. Towards the end there is a also a good amount of suspense and even a bit of action. The depicted violence also becomes more graphic, while before that the director's approach is very subtle. Thus, the movie can hit the right notes as a drama as well as a thriller. 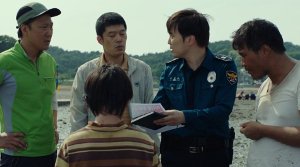 First, let's return to the reason, why we might be thinking that this could be a revenge thriller: Even if you don't instantly recognize Lee Young-ae as the actress from Park Chan-wook's "Sympathy for Lady Vengeance" and accordingly have a chain of associations going through your head about what could happen in "Bring Me Home", you will realize when looking into the cold gaze of Jung-yeon that she is capable of doing anything if it means finding her son. But that's not all, as this coldness within her eyes is sometimes filled by a certain emptiness as well. As if she were a broken woman. And who could blame her with all the strokes of fate she has to endure. It's not easy not to get depressed yourself with all the events unfolding on screen. And even though actress Lee Young-ae - there have been a few appearances in tv shows recently as well - celebrates her return to the big screen after fourteen years, she hasn't lost anything of her talent. 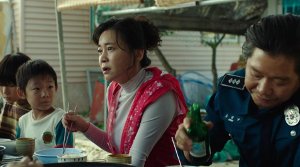 That flair of detachedness surrounding the protagonist makes it difficult to really warm up to her, but her tragic life on the other hand wins our sympathy and it's more than understandable why she is only going through the motions, having no fun in life anymore. The little bit of love for life she might have had, also thanks to the hope that she may find her son, thus reuniting her family, is completely and utterly destroyed, when her husband loses his life in a tragic accident. The reason for that is also incredibly unfortunate, so that you really have to ask yourself what reason to live there might be left. To make matters even worse, the people around Jung-yeon are all bad. Even her relatives. Everyone just seems to care for money. The story's villain, embodied by Yoo Jae-myung ("The Beast"), isn't any different and as a police officer he actually should be protecting Jung-yeon and Min-su. But instead he is in cohorts with some ex-cons at a fishing business. 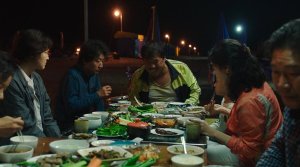 Especially towards the end Yoo has a lot of fun delivering a rather extroverted performance while during the first two thirds he embodies the simmering kind of evil most of the time. But the ex-cons are inhuman as well. They abuse the two kids they have picked up and consider them being cheap labor and nothing else. The children are beaten and kicked until blood is coming out of their ears which is why Min-su can't hear that well anymore, something one of the adults is even making fun of. This just seems to be normal for everyone else. The "icing on the cake" is that Min-su is even sexually abused by a somewhat demented killer and rapist. At this point at the latest things could become too much for some viewers. There always may be a cut to the next scene just at the right time, but nothing is vague in this respect. That the children are constantly locked up also should lead to some serious mental problems. 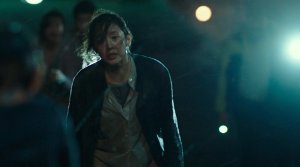 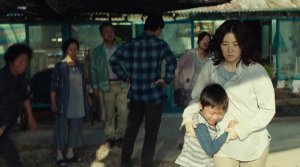 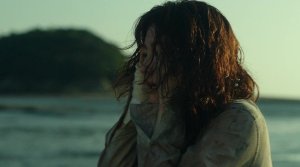 Jung-yeon, naturally, is confronted with those thruths at some point. For a cold, analytical woman she starts to act pretty irrational then, though, which is quite odd. There are a lot of problems she maneuvers herself into and she could have taken action against the child abusers more effectively if she had used her head a bit more. Moreover, there are a few coincidences and stupid decisions that are simply typical for this sort of movie or have been deemed necessary in order to create some more tension towards the end. With its pictures by cinematographer Lee Mo-gae ("I Saw the Devil") "Bring Me Home" manages to score extra points particulaly during the last act. The ocean as well as the tideland Jung-yeon is wading through with empty eyes succeed in exponentiating the according emotions of anger and sadness. As a drama the movie doesn't try to be a tearjerker in a cliché manner either. Therefore, this thriller/drama becomes even more captivating and moving towards the end. A successful, even though emotionally bitter debut by director Kim Seung-woo.