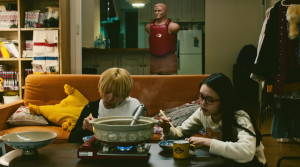 Story: Chisato (Akari Takaishi) is an extremely talkative girl, she is constantly in a good mood and always tries to look at the bright side of life, even though she does not understand the world of adults. Her roommate Mahiro (Saori Izawa), however, has trouble even understanding just one person around her. She likes to be on her own and doesn't manage to get a job because of her lacking social skills. The two girls are not even twenty years old, but they are looking for part-time jobs in order not to attract any attention. Because their real job is killing people. On behalf of a secret organization, they already took out numerous targets, among them also some Yakuza, which is about to become a problem. That is because the daughter of the local Yakuza boss is supposed to find out who the contract killers are that killed one of their men. And she gets surprisingly close to the girls. In the meantime, the Yakuza boss wants to adapt to the changing times and takes over a maid café. But that's exactly where Chisato works as a part-time employee. The killer cannot just stand idly by while the Yakuza take over the shop, and so that's where the real trouble begins. In addition to all the killing, Mahiro and Chisato also have to manage living on their own. Both girls are not necessarily sociable, but despite some initial problems, they manage to support each other, so that their friendship slowly grows - and so does the number of their enemies. 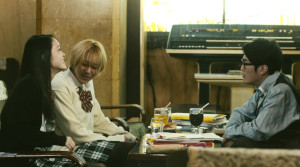 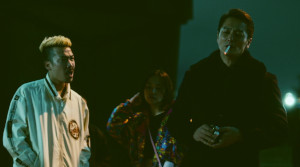 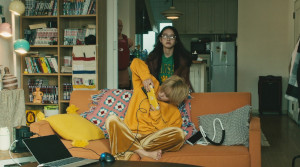 Review: Yet another action flick following the line of "John Wick"? The comparison is quite obvious when you see a few snippets from some of the action scenes in which close combat is combined with gun fights. But that's not a fair comparison, because first of all, the genre already existed before an ex-killer decided to leave retirement because someone murdered his dog, secondly, "Baby Assassins" is a pretty entertaining action comedy with a nice twist to the formula. If you take a closer look, the movie is actually about the friendship between two girls who do not quite fit into society - one reason being that they are sociopaths. Watching the development of this relationship, which of course includes some occasional humor, is the movie's main appeal. But in addition, the action is pretty convincing too. Still, as is often the case, the light-hearted nature of this entertaining flick sadly also means that the story comes up short. 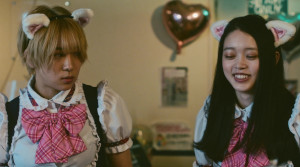 But to be honest, no one would seriously expect a real story here. Especially when "Baby Assassins" comes close to falling apart, the Yakuza provides us with a much-needed common theme. Until then, we simply follow the two girls through their everyday life, which mainly consists of murders, but also a few conversations on the couch. Particularly during the latter, there is not that much happening at times - one girl plays Switch while the other one watches cat videos on her mobile phone - but the conversations seem natural, have a nice dynamic, and make the two girls seem likeable. It certainly helps that a lot of scenes were shot without a single cut for quite a while, and therefore they have their own high pacing. But when the movie's title appears on the screen after 23 minutes, it also becomes clear that director Yugo Sakamoto sometimes loses sight of the movie's focus. Even though you realize that the friendship is supposed to be the real focus here, a movie still needs something close to a plot. 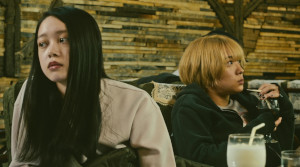 Of course, the two girls are completely different, which becomes obvious especially when they start working at a maid café. Chisato is completely in her element and has a lot of fun, while Mahiro can't even bring herself to say the ridiculous greeting line. In scenes like that the humor always comes out nicely, even the more when the Yakuza boss comes by and plays along at first. While the comedy works well here, there is also some ever-present tension because anything could happen at any moment. A well-done combination that allows the movie to compete at the top of the list in terms of quality, but unfortunately, this strength is only played out sparsely. But there are also some moments that seem a bit too forced (or maybe you have just seen them too often), for example, when Chisato talks to her friend about everyday life stuff right in front of her gagged victim before she casually shoots him. Interestingly enough, this doesn't make either of the girls seem less endearing. Maybe that's because the movie doesn't take itself too seriously and is well aware of some of its shortcomings. 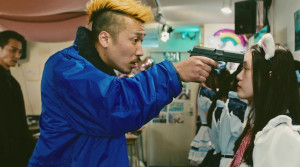 Other similar moments can be found when the gangster boss talks about the fact that the Yakuza needs to keep up with the times and should therefore start to create better working conditions for women, or when the person in charge of disposing the bodies gives a long speech about the fact that he, too, is only a human being and Chisato should be a little bit more considerate and not constantly create such a mess with her headshots. The dark humor gives the otherwise rather energetic atmosphere a special touch. And then there's the action, which can also be quite intense and violent, even though the computer-generated blood softens the whole thing a bit. While the two actresses have great chemistry on screen and stand out in action scenes for their professionalism, the movie also puts a lot of emphasis on showing that they are not necessarily adults. So they might forget their gun in the washing machine or almost leave a machine gun behind during a new assignment. 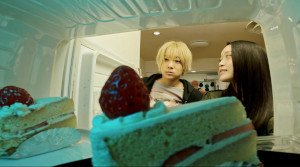 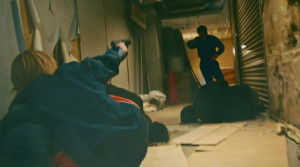 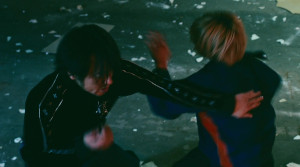 But a surprising highlight is the movie's final battle, which - without any background knowledge - you would most likely not have expected that way. Because Saori Izawa, who plays Mihiro, is actually a stunt woman, even though - apart from her androgynous appearance - you probably just considered her to be yet another pretty face in a leading role. She already worked as a stunt double in movies like "Manhunt" or "Rurouni Kenshin - The Final", and during the finale she really shows what she's capable of. While nowadays, it is more important than ever for moviemakers to let women shine in action roles (see Netflix's "Kate", among others), there is still a lack of women like Michelle Yeoh, Moon Lee or Yukari Oshima, who are actually also martial arts experts. Saori Izawa deserves to get more movie roles. The brutality and harshness of the fight, which was wonderfully choreography by Kensuke Sonomura, actually makes your jaw drop, and those who did not recognize it before will now definitely notice the trademark of Sonomura and parallels to his impressive "Hydra". A nice bonus, but as mentioned before, "Baby Assassins" actually manages to score points with its carefree atmosphere and its theme around friendship. With its running time of 93 minutes, the flick is also tightly packed, it never gets boring, and despite some scenes that were maybe designed to be a bit too "cool" - killing is less exhausting for our heroines than having a side job -, you get exactly the kind of action comedy that provides some nice entertainment.