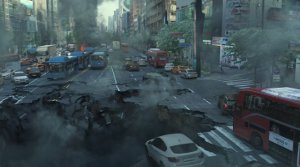 Story: It is the final phase of North Korea's nuclear disarmament. There are just six warheads left which are now supposed to be removed from the country by the American military. But in the midst of these hopeful times for North and South Korea, the volcano Baekdusan erupts, a mountain that has a mythical meaning not only for the people in North Korea. An earthquake in its wake destroys most parts of the cities in the North and South, but this is only the beginning. People have to fear other small eruptions, but the last magma chamber under the mountain is under enormous pressure and will trigger a disastrous earthquake when it erupts. The South Korean president has his secretary Jeon Yoo-kyung (Jeon Hye-jin) bring in the expert Robert Kang (Ma Dong-seok), who has been warning people about a scenario like this for years. His plan is to blow up the last chamber below the mountain in order to reduce the pressure and prevent the disaster. But this would require the explosive power of several nuclear warheads. Bomb specialist Jo In-chang (Ha Jung-woo) and his team are supposed to go to the North and release the spy or possible double agent Ri Joon-pyeong (Lee Byung-hun) from prison, as he can take the team to the six remaining nuclear warheads in North Korea. Actually, it is Jo's last day because he promised his pregnant wife Ji-young (Bae Suzy) to live a less dangerous life. Now he has to go to North Korea and stop a volcano that is about to destroy the entire peninsula... 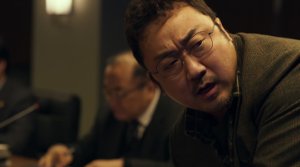 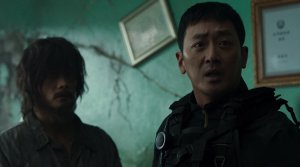 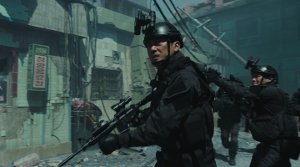 Review: "Ashfall" is actually everything you could wish for from a disaster movie. Unfortunately, this doesn't mean that it can avoid the problems typical for the genre, but a top-class cast, an international flair, impressive action and quite an exciting story because of its espionage touches make this action flick a winner. In such a movie, the action has to be well-crafted, which it definitely is, and in addition, the pacing is also constantly kept high because there are always new developments. Does all this fit together perfectly? No. You get the impression that the moviemakers tried to satisfy as wide an audience as possible. This gets clear at the latest when we get to see a little buddy comedy between Jo and Ri unfolding. So, honestly, there are quite a few things to complain about in this movie, but with this genre you should already know what to expect. 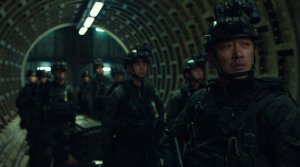 The first thing that catches your eye is, of course, the amount of coincidences in the movie. Earthquakes cause bridges to collapse just when our heroes are on a daring escape anyway, and not just once other parties save the heroes lives in the nick of time. But we also get flashbacks, just so that every idiot gets that the statue that Ri spoke of a few minutes ago is a clue on the spy's whereabouts. Then there's a bomb whose timer can't be shut down once it started because it's a prototype (as if it were so hard to integrate a stop button...), and Jo doesn't know if his baby is a girl or a boy. If you then add the fact that we feel reminded of Hollywood flicks like "The Core" or, of course, "Armageddon", it should be clear that you soon roll your eyes when seeing the genre clichés that you are constantly confronted with. The only question left is: Who has to sacrifice himself at the end? 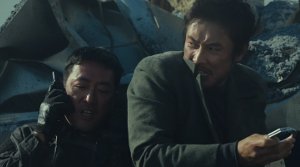 But if you remember disaster movies like "Haeundae" Korea has come a long way in the genre and is now on a par with Hollywood productions. Especially the beginning with its collapsing skyscrapers is breathtaking and the special effects are absolutely great. The only time you see that a lot has been created on the computer is when some of the dust clouds don't look 100 percent realistic. But it's not just the action scenes that give the movie epic proportions, it's the story in which North and South Korea, as well as America and China, have an interest in the nuclear warheads, and this gives the action flick a special Korean touch, too. And it also makes the movie work as a spy thriller, and the destroyed cities as well as different parties shooting at each other in the hunt for the warheads also remind us of a war movie. 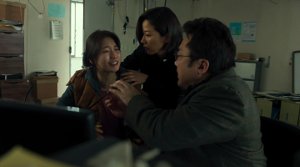 But isn't that a little too much of a good thing? In fact, you can easily accept all of that. With Ri, played by Lee Byung-hun ("Master"), you also have a character who always tries to play all sides against each other for his own advantage. This gives the story something unpredictable and actually ensures that the plot and the action turn out not to be as straightforward as expected. With Jo, portrayed by Ha Jung-woo ("Tunnel"), the duo creates a certain dynamic of mistrust and necessary evil they have to deal with that eventually turns into a comedy. In theory, this should work much worse than it actually does, and for that you can thank the two good actors. Nevertheless, this "unequal friendship" that develops between the two seems somewhat forced. Especially since, despite all the suspense, we know which choice Ri will eventually make. A little more courage to do something different would have been nice here. It's a pity, though, that the secondary cast hardly gets any room within the movie. This particularly applies to Ma Dong-seok ("Unstoppable"), who does not play the muscle man this time (as a nod to his previous roles, he is shown not even managing to open a drawer), but a scientist. Refreshing and surprisingly believable. 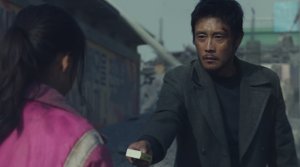 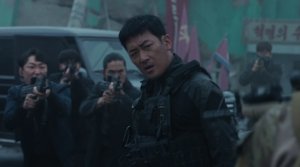 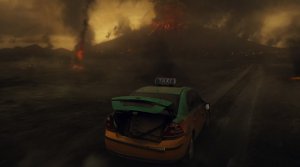 The subplots clearly show that not everything runs smoothly in "Ashfall". They simply fall by the wayside. The fact that everything amounts to a bit too much in the end may also be due to Kim Byeong-seo ("Cold Eyes") and Lee Hae-joon ("Castaway on the Moon") sharing the director's chair. Nevertheless, the thriller aspect with its geopolitical touch needs to be praised, partly because the US, as the "mediator", does more harm than good, and "Ashfall" also deals critically with the country's perception of South Korea as its puppet on a string. This quickly makes you forget all the other genre clichés and the fact that the movie could have worked a little more with its likeable characters. In the end, however, "Ashfall" mainly wants to entertain and so it turns out that the flick is actually one of the best of its genre from South Korea. It should also be easier for the movie to find an audience in the west, aside from the usual niche. And this is well-deserved.