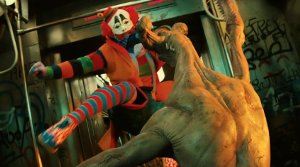 Story: Zheng Kaisi (Li Yifeng) has to take care of his mother who is in a coma. He keeps lending money from the nurse Qing (Zhou Dongu), a girl who has been a friend to him since they were children, and that is why he cannot tell her he is in love with her, even though both know it. In his imagination, he often transforms into a clown and fights his fellow human beings who are monsters. He knows that he is crazy, but he is also a good person. This is why, against his better judgment, he lends money to his realtor friend Li Jun (Cao Bingkun) and to do so, he takes on a mortgage on his mother's apartment. At the same time, he also hopes that he can use the promised profit from the investment to pay his mother's hospital bills. Shortly after that, Kaisi is kidnapped and brought to the boss (Michael Douglas) of an underground organization. Li Jun owed money to that man and by signing the contract with Li, Kaisi took over his debts. Li had tried to get out of his debt trap with his friend's money, but in the end, he just made everything worse. Kaisi now has the option to take several jobs over the next thirty years to be able to pay back the money and the astronomically large amount of interest, or to board the ship "Destiny", on which other desperate souls also try to get their lives back through a perfidious game of rock-paper-scissors. Kaisi has no choice and goes on board where he also sees his friend Li again... 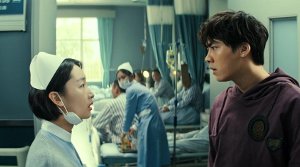 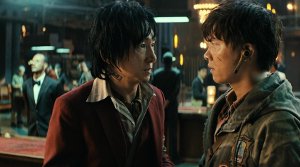 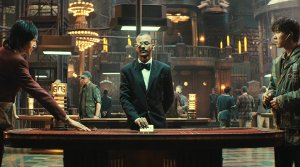 Review: The movie's trailer will leave you puzzled. Another hyped-up Chinese CGI-cluttered action flick on the gravy train meant for a young audience? At second glance, "Animal World" proves to be something different, even something better, but still struggles with its inability to choose a focus. Therefore, the movie turns out to be some sort of anomaly in Chinese cinema. I was taken by surprise when Zheng Kaisi went on board of the ship Destiny and I realized that this was without a doubt a movie adaptation of the manga "Tobaku mokushiroku Kaiji", which had already been successfully adapted into a Japanese movie called "Kaiji: The Ultimate Gambler". That movie was aware of its manga roots and eagerly embraced this fact. The problem with "Animal World" is that the director does not seem to know whether he simply wants to adapt the original material or make something different out if it. 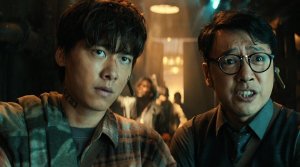 First of all, the love story with the nurse and long-time friend of the hero poses a problem. Zhou Dongyu ("The Thousand Faces of Dunjia") plays this part and only seems to function as a reason for Kaisi to pass the trials and tribulations set before him. But in the beginning, you get the impression that this is a central point of the story. In addition, there are the hero's visions, in which he slices monsters into pieces. Remains of a trauma including a TV comic which is only revealed to us at the end. As the monsters come from Kaisi's imagination, the CGI does not seem cheap and the "Man in Black" like charm of these scenes works quite well. Moreover, through scenes like this, we are constantly reminded of the fact that Kaisi is crazy. However, this is not quite right. He does struggle with his trauma, but the decisions he makes are never crazy; naive at the most. He simply is a good guy and this brings us to another problem. 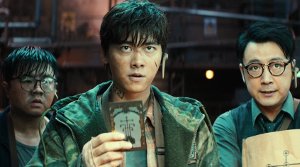 If you know the original material, you might not be excited about the way, the hero is portrayed. Originally, he was a loser, who was aware of his own weaknesses and rose above them proving to be a better person than you might have expected at the beginning. But there is no such character development within this movie. However, Kaisi, played by Li Yifeng ("Mr. Six"), is portrayed as a counter image to egoistic capitalism and therefore appeals to our human side. Of course, this is a huge topic in China, as well, and also one that might appeal to the Chinese government. To criticize "Animal World" because of that would be too ideological, though. Director Han Yan just wants to show that especially in our society you should show more often that you have your heart in the right place and that was the manga's motive in the first place as well. Thus, it is just a pity that the characters remain rather two-dimensional. 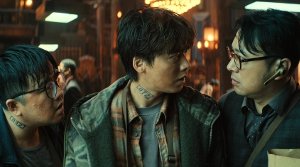 This also applies to the bad guy, played by Michael Douglas. Nevertheless, it already seems kind of good enough to just have a veteran actor like him on board to add some sort of charisma to the antagonist. Unfortunately, the dynamic between the different people did not turn out quite so well. In general, the movie seems rather fragmented and you can see the effects of that within the character portrayals as well. On the ship, the pacing gets tight and the movie turns into a gambling flick, which uses the well-known out-of-the-box way of thinking of the original and manages to create some suspense by that. Particularly, due to the impressive sets, which clearly outshine the ones of the Japanese movie, you really feel like being part of the events unfolding. The fact that Kaisi is "crazy" and that we constantly get to see scenes, which are figments of his imagination, makes the typical fantasy-heavy manga imagery fit nicely into the movie. These parts are just fun to watch and director Han Yan skillfully showcases his colorful, modern and fresh style on screen. 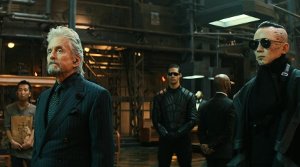 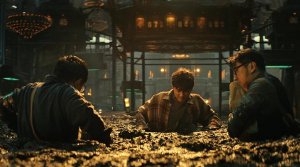 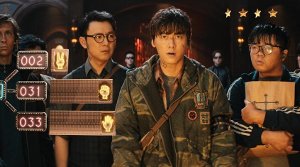 The main problem is the more reality-based frame story, which disrupts the colorful core of the movie. The two worlds simply do not go well together. It almost seems as if the director did not know, which kind of audience he wanted to please. With a cliffhanger, we are probably in for a sequel, so you can hope that Han Yan ("Go Away Mr. Tumor") eventually decides to focus more on the movie's rather extreme aspects and to use his strength of modern imagery more often. As a manga adaptation "Animal World" proves that China, or at least Han Yan, can add its own style to the genre. You certainly want to see more of that and hope for an equally high-budgeted sequel. Nevertheless, it would have been nice if the movie had focused more on developing its characters and their moral struggles. Because this and the well-done gambling scenes are what made the original story something special.