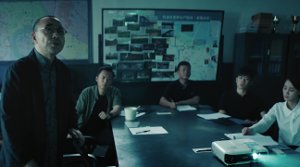 Story: A mad scientist creates a female robot (Ma Yujie) whose task is to fulfill all his wishes. However, the robot gains consciousness and because of its attachment to the scientist, it wants to find out what love means. It kills a young woman and uses her skin to perfectly resemble a human being. The robot runs into Wang Sheng (Duan Bowen), who is about to bring his girlfriend some flowers for her birthday, and so it decides to learn from him what love is. But in reality, Wang and his girlfriend Su Xin (Hayden Kuo) are having huge relationship problems at the moment. She wants to get married, but he is still not making any progress in life. Then, the robot kidnaps Su Xin, and thanks to a new invention by the scientist, it is able to take on the girl's appearance. The robot then frees itself from the clutches of its master and enters Wang's life as Su Xin. The new Su Xin indulges Wang's every whim, which is why he is very enthusiastic about his changed girlfriend. The robot extracts new information from the real Su Xin, which is why it keeps her alive. But the robot still seems no closer to solving the mystery of love. In the meantime, the robot's murder has not gone unnoticed and a team led by investigator Li Dongbin (Liu Yiwei) is already closing in on the unusual killer... 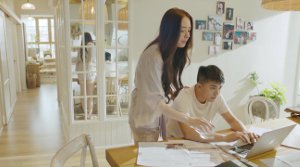 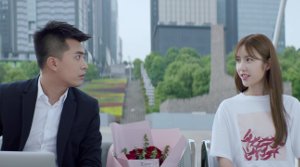 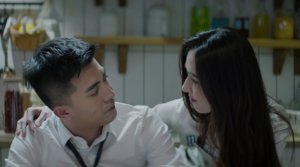 Review: China's big enthusiasm for science fiction has been obvious since "The Wandering Earth" at the latest. Occasionally, however, there are also smaller productions in this genre, and with a smaller budget filmmakers usually try to realize their own ideas in a bit more creative way. At first glance, that's exactly what could make "Almost Human" quite interesting. After all, it is about a robot that develops consciousness, and because its original function was to satisfy its master, it is just understandable that now it is trying to become more human and wants to find out more about something it believes to define what it means to be human: love. Therefore, we get to see a typical relationship of a young Chinese couple, and of course, this means we also get to see a lot of social criticism on this very capitalistic society. 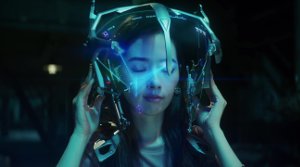 At first, it seems somewhat irritating that director Zhang Nan, who had previously worked as a co-director for a few short movies and now makes his debut with this movie, presents us with something that lies somewhere between an amateurish and a decent production. The flick never seems like an indie film, but there are a lot of moments which show that Zhang still needs a little more experience. This becomes clear in some scenes which seem a bit heavyhanded, but it is also obvious in the movie's humor, which occurs quite unexpectedly and sometimes it's unclear whether you are supposed to laugh or not. Of course, in the science fiction genre the special effects are always a good measuring tool to figure out the budget. The effects for the robot are mainly fine thanks to the use of prosthetics and make-up, but later, when we get to see the robot climbing and jumping huge distances, it is quite obvious that people who had neither time nor money generated something they believed passable on the computer. 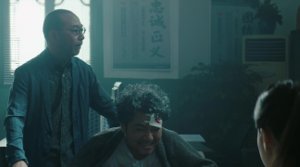 Let's take a look at the finale for a moment: it is created quite artificially and nothing extraordinary happens. There are no real surprises within the story anyway. The showdown only tries to pass off as one and is just anticlimactic. It would have been better if the movie had aimed for a more thoughtful ending, because there was certainly material there that could have been dealt with in more detail. The relationship between Wang and Su is fraught with problems, which is the result of a new standard of living in China, which involves: money, money, money. Marriage is out of the question for Wang, because for this he first would have to have his own apartment. Otherwise, he would be a laughingstock in the eyes of everybody else. At the same time, he doesn't feel comfortable in this constricted system with pressure put on everyone to succeed no matter what, while his girlfriend doesn't understand why he isn't more aggressive in order to finally succeed at work. 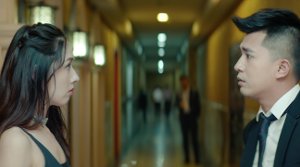 Unfortunately, the chemistry between the two actors isn't really convincing. Su often comes across as a spoiled girl who is admittedly rather self-confident and even has a job, but has little interest in her boyfriend and somehow seems a bit stereotypical. So, all this doesn't quite convince character-wise, but at least as a robot Su becomes more interesting. She breaks down the structures of Chinese society, the fixation on money is named and shamed and getting married is pointed out as just putting on a show for others without real love playing a part. Happiness is also ignored within this new standard of living. The fact that money controls the people of China is even portrayed quite nicely in one certain scene, but sometimes the socially critical undertone seems a bit too much like a lecture. This shows that "Almost Human" would have needed a lot more fine-tuning. 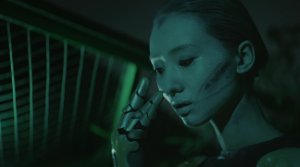 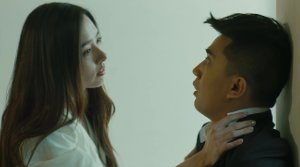 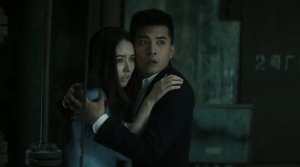 In the end, the movie does not really make any exceptional contribution to the genre. Even though Isaac Asimov's three laws of robotics are mentioned as well as a reference to Philip K. Dick's "Do Androids Dream of Electric Sheep?", the movie is actually about love and its definition. The robot of this story is longing for love, or at least tries to understand it. It shouldn't come as a surprise that solving this mystery turns out to be a dead-end. This should have been the movie's strength, but with its under-written characters and some ridiculous supporting roles, such as the mad scientist, the director uses a lot of clichés which lowers the movie's quality quite a bit. As I said before, especially the finale turned out pretty disappointing. As a half-indie flick, "Almost Human" should have focused more on its quieter tones. But the way it is, all that's left is a half-baked attempt to put an interesting premise on screen. Therefore, "Last Sunrise" still proves to be a much better alternative among independent sci-fi flicks from China.