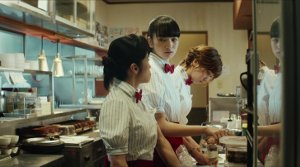 Story: Akira Tachibana (Nana Komatsu) is a 17 year old high school girl and prefers to be alone. She is very straight-forward and introverted, the reason for that being that she can't be part of the school's sprint team anymore. Not long ago she even was so good at running that she set a new record. But then she had a torn Achilles tendon and since that day hasn't been running anymore. Now, she just attends school and works part-time at a restaurant quite a few miles away from her home. Not only her schoolmate Yoshizawa (Shono Hayama), who also works there and doesn't give up making advances to her, wonders about that. The reason for her working there is that she has fallen in love with the restaurant's manager, Masami Kondo (Yo Oizumi). He isn't really that good-looking and his employees quite often even make fun of him, but Akira still thinks that he is great. However, Masami is 45 years old, divorced and has a little son. A relationship with him wouldn't have any future. Yet, Akira still confesses her love and expects an answer of the manager. He is quite flabbergasted, but then tries to explain to the girl that he is everything but a special guy and that she has fallen in love with a wrong image of him. Akira doesn't give up, though, and tries to get to know the manager better. He once had ambitions to become a writer, a dream which his best friend realized. Masami coped with what life dealt him and tries to make the girl understand that she still has all of her dreams in front of her and shouldn't give up on running. 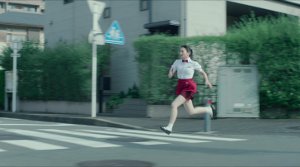 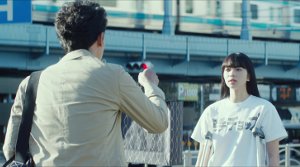 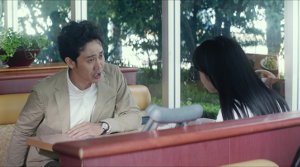 Review: There aren't that few Japanese romance movies that deal with love between teacher and student. And as is the case with many of those pictures the story of this movie is also based on a manga (this time one by Jun Mayuzuki). We have already seen everything there is to those stories, haven't we? Just think of "My Teacher" to give but just one example. Not quite so. Things may start off with unrequited love and this time it's once again a little girl that falls in love with an older guy and not the other way around, which probably would be quite more problematic in respect to taboos, but then the story diverts from that of a romantic movie quite a bit and delves deeper into the reasons behind this love. This gives the movie a surprisingly profound dimension and we get to know what exactly the reason is for Akira being in such a foul mood and even keeping her old friends at a distance. 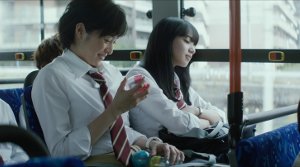 With the "MeToo discussion everyone has become alarmingly reserved and eager to be absolutely polically correct. Thus, it's refreshing to see a movie that doesn't succumb to general censorship nowadays. Akira loves a man who is a lot older than her and this alone could be interpreted as the fantasy of a male writer in his 40s (yet, a female author wrote the manga...). However, standing in the movie's focus are youth and the dreams you have in life, which you have to give up as years pass by or because of twists of fate. The great thing is that "After the Rain" feels like a romantic movie as well as everything but one. This becomes apparent concerning several elements of the genre being made use of, but then being turned into something different. For example, there is a summer festival which Akira wants to go to with the manager, but that's not possible as he is already visiting the festival with his little son. Then there is the restaurant employee who has fallen in love with Akira and gets behind her forbidden love, but doesn't use it against her. 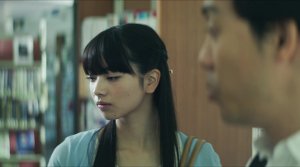 Masami isn't that typical cool looking adult of such movies, whose self-confidence and mental balance might be appealing. He even humiliates himself in front of his customers without any real need for it and his subordinates don't show him the necessary respect. And he has given up on his dream to become a writer a long time ago. Still, he is the person who comforted Akira with a small gesture when she was at the bottom of her young life. Her love is nurtured by this experience, which otherwise couldn't be explained. Akira's love is even going to such an extent that she watches a movie she has already seen and which she didn't particularly like once again with the manager. And when Masami tells her that they don't have anything in common and therefore couldn't do anything together she accompanies him to a library: the place the manager likes the most. In fact, she even has a lot of fun there, although she isn't fond of reading at all. This can only achieve the all romanticizing power of love. 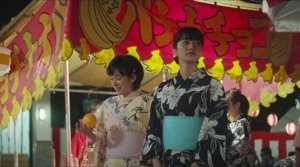 Nana Komatsu ("My Tomorrow, Your Yesterday") doesn't play the stereotypical cute girl, but is adored by the boys around her all the same because of her exterior coldness. In a few scenes where she has to get a bit more emotional, especially during one in which she starts laughing, Nana Komatsu doesn't convince a hundred percent, but all in all she fits the role quite nicely. Yo Oizumi ("Tokyo Ghoul") manages to avoid letting his character become a cliché very neatly. Masami's story with his famous writer pal also bestows some more depth upon his character and shows us which dreams and desires he carries in his heart which are reignited by Akira's interest in him, her youth as well as her energy. It's the characters that carry the movie and they are excellently drawn. The supporting roles, even though getting mostly a raw deal, also add something to the story. 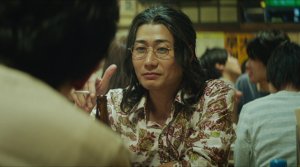 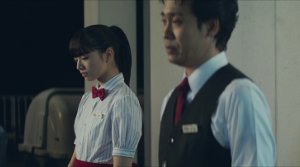 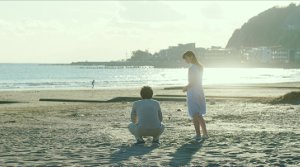 It would have been nice to see more of the relationship between Masami and his friend as well as how his passion for writing is reignited, but "After the Rain" succeeds in creating more than enough three-dimensionality with its hints. That this isn't your classic love story can also be made out by the fact that director Akira Nagai doesn't use interior shots flooded with sunlight as is common in the genre, but captures his pictures with a down to earth style. The relationship between Masami and Akira is difficult and Masami is more than enough of a realist to not just indulge in this love which certainly is flattering to his ego. Yet, he doesn't attempt to simply reject Akira, but helps her on her way to deal with the situation - and not just with her love for him, but also where she's at in life at the moment. A movie which accordingly comes across as very mature and still remains a romantic movie in parts. A well-achieved balance.