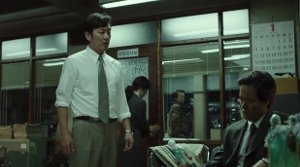 Story: By order of the military regime of Chun Doo-hwan, the head of the national security agency, Park (Kim Yun-seok), hunts communists in the country. The student demonstrations against the dictatorship lead to more and more students being on Park's hit list. One day, he is informed about the fact that one of the students died during an interrogation. Park wants to sweep the incident under the carpet right away. But attorney Choi (Ha Jung-woo), who is supposed to sign for the student being cremated without an autopsy, puts his foot down. Park starts to put pressure on Choi, who then secretly leaks information about the case to a reporter. To avoid worse, Park has no other choice but to let two of his agents take the blame for the incident.
In the meantime, prison guard Han (Yoo Hae-jin) smuggles letters and information from an imprisoned resistance fighter to the head of the resistance movement (Sol Kyung-gu). This proves to be rather difficult as there are frequently random check-ups of passersby on the streets. Han therefore has no other choice but to involve his niece Yeon-hee (Kim Tae-ri), who actually doesn't want to have anything to do with the political movements within the country. But even one of her fellow-students Yi Han-yeol (Gang Dong-won), who she has taken an interest in, fights against the government. Should the truth about Park's cover-ups become known, it could bring down the entire government. 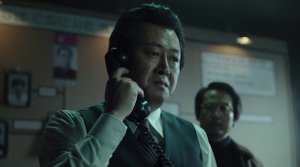 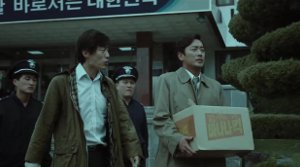 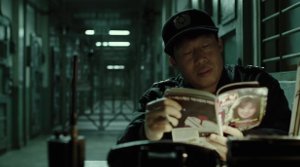 Review: 1987 can be seen as the year in which South Korea started becoming a democratic state with free elections. But it was a long journey up until then and Korean cinema frequently makes use of this subject in movies. However, "1987: When the Day Comes" feels a lot more honest than other works of that kind, like attaining liberaration, which is possible only now that there is a liberal wave within the country brought about by the new president Moon Jae-in. We are not talking about one of the best movies from Korea here, but maybe one of the most important ones of the last couple of years. The reason being that we are presented with an exciting history lesson, which does not resort to tear-jerking dramatic effects or a simple documentary style, neither chooses to abandon cinematic concepts of entertainment altogether. Therefore, "1987" is a perfect product of entertainment recaping radical historical events in Korea. 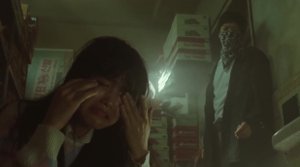 Since the Gwangju massacre of 1980, there have often been student protests against the country's dictatorial government and they were always put down by police or military forces. If you were against the government, you automatically were a communist, who were hunted down fanatically. If prisoners didn't want to name alleged accomplices or if they didn't tell about those people's whereabouts, they were brought to Namyeong-dong. A place, where torturing was daily routine. If you want to know more about this subject, you should watch "National Security". But this story shows that just one single event can be the last straw to break the camel's back and may lead to a government being overthrown. In this case, it was a student's death - most certainly not the only one caused by the president's measures - and the ensuing cover-up stories, about which the media reported for the first time. 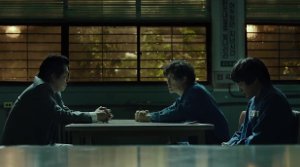 It is impressive how the movie presents different sorts of characters - who inevitably remain rather flat - and yet manages to keep the focus on the events. You never get the impression that the scriptwriter looses his train of thought. In the end, it came down to several people, who were in the right place at the right time and made the right decisions, which made the truth come out. At the beginning, you are afraid to lose track because characters are presented by name as if they were extremely important. However, it is not necessary to memorize them all, they are just supposed to give the story a little bit of a documentary touch. You quickly realize who is really important for the events and who is just a supporting character. And even though the characters are not really fleshed-out, their role within the story is always clear and the brilliant cast even manages to make us emotionally invested in them. 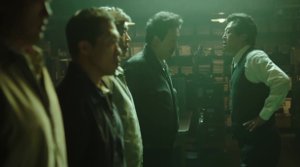 Ha Jung-woo ("Along with the Gods - Two Worlds") plays the attorney, whose untainted sense of justice sets the ball rolling. Kim Yun-seok (also alongside Gang Dong-won, who plays the student, in "The Priests") portrays the bad guy with a stoic look, but behind this doggedness also lies a tragic past. Yoo Hae-jin ("Luck-Key") embodies a prison guard, who represents the emotional core of the story together with his daughter, played by Kim Tae-ri ("Little Forest"), and shows us how much normal citizens sacrificed to change something in the country. And all this works strikingly well. We don't get to see unnecessary demonstrations all the time, just to make us emotional. Only at the end, the movie shows us some of those scenes and here it's absolutely justified. 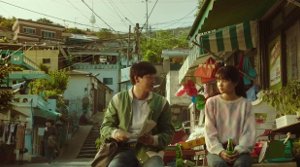 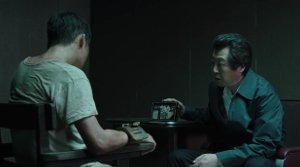 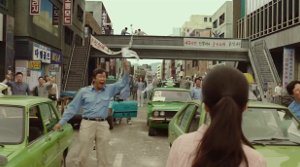 In movies about historical events, there is always the danger of over-dramatizing or of being beaten round the head with national pride. However, when at the end of "1987" - and we do, after all, already know how the events unfold - people yell out their slogans raising their fists, it feels more like the triumph of justice and freedom over oppression and it reestablishes a long-lost trust in mankind. The images of real footage of the events during the end credits intensify those feelings and they show us with how much attention to detail the director treated his work. After the insiders' tip "Save the Green Planet" Jang Joon-hwan now managed once again to put a little masterpiece on screen, which shows once more his talent for mixing genres - in this case a crime movie, a drama and a documentary - and yet he delivers an integral whole. Splendid.