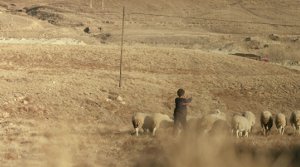 Story: Zhang Baomin (Song Yang) is a mineworker and often picks an argument with his co-miners or other residents of Gufeng, his home village in a dusty desert area. When he hears that his son disappeared while tending sheep, Zhang rushes back home to his sick wife and begins to look for his son. But this is complicated by the fact that he is a mute. In addition, he cannot expect much help from his neighbors, as he has fallen out with them a long time ago because he was the only one who refused to release his land for coal mining. And during an argument he even stabbed one of his neighbor's eyes out. That's why this neighbor is the first person Zhang suspects to have kidnapped his son. It turns out to be a wrong lead, though. Soon he gets in the middle of a fight between mineworkers and some gangsters of the "businessman" Chang Wannian (Jiang Wu). Chang wants to talk to Zhang and promises him that his men will keep their eyes open for his son. In the meantime, Chang puts pressure on the lawyer Xu Wenjie (Yuan Wenkang), who unfortunately is in possession of evidence that could be used against him. This is especially worrisome for Chang because the police are already investigating the lawyer and he might negotiate a deal with them using his knowledge about Chang. Zhang, on the other hand, doesn't know anything about these complicated practices taking place in the background, and he continues looking for his son. One of Chang's gangsters, however, messes with the desperate father and things become much more complicated than expected... 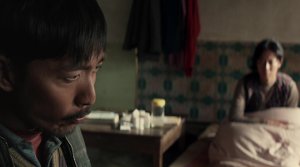 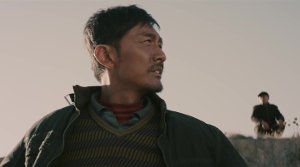 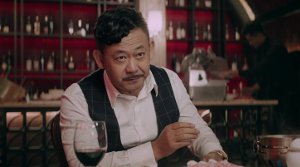 Review: A first look at this thriller and its beautiful images of a dusty landscape do not only impress us, but also suggest that we are dealing with art-house cinema. Especially when we see the ugly and truly depressing concrete buildings of an industrial city in contrast to that. And then there is the story of a mute hero whose wife is seriously sick and who is desperately searching for his son. Lengthiness seems inevitable and, in fact, the first half hour of the movie is actually quite slow-paced. But then the pacing subtly picks up. The movie's atmosphere is extraordinary thanks to its focus on the rural life near a coal mine, but with its villain the movie also gets a slightly more modern touch and comes along as a little gangster thriller as well. There are even some fights, so against all expectations you actually get some action. 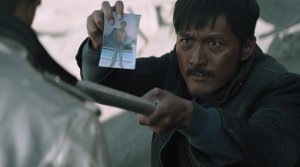 Before the developments of the events can even start to draw you into the story - we constantly get to see flashbacks which show us that there is more to the case than meets the eye - the atmosphere already grabs your attention. This is not only due to the great images and some more slow-paced moments in which Zhang trudges through the wasteland, but is also caused by a wonderful soundtrack by Sylvian Wang. Sometimes it comes along pretty synthesizer-heavy and creates a smoldering tension, and other times, good basses hammer into our ears at the right moment. In some scenes the excellent combination of images and soundtrack also makes us think we could be in a horror movie, for instance, when we look out of and into a cave. Something is lurking there; some kind of mystery awaits us in the darkness. And in terms of story development, you're actually never really sure what could happen next. This is a big strength of "Wrath of Silence". 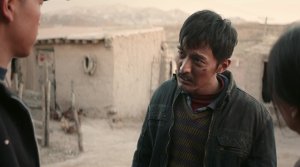 Song Yang ("The Sword Identity") plays an interesting hero who has his fair share of bad character traits. He often gets into fights and of course, this leads to some well-made action sequences. This time, however, we don't get perfectly choreographed martial arts moves, our protagonist just fights like someone who eagerly pursues a goal. This may not look aesthetically pleasing, but it looks believable and above all, it's gripping. When he fights his way through a narrow corridor with expensive wood paneling in order to get to the gangster boss's office, it reminds us of the little man who's trying to fight for his rights. Despite its fatalistic tone and some actually quite obvious digs at the Chinese government, the movie does not violate the strict censorship regulations of the country. This is a remarkable achievement by the movie's director, as it's not every day that you get to see such a dark thriller from China. 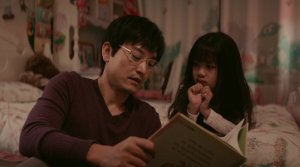 In addition to the rather gloomy hero, there is naturally a villain, played by Jiang Wu ("A Touch of Sin"), who also has moments in which he shows sides which are by no means simply "evil". This makes the developments within the story both interesting and unpredictable. Moreover, Jiang enjoys his role which can be seen especially in scenes when he mimes the merciless gangster. But the movie also has subtle moments of black humor, which are mainly caused by his character, and this adds even more nuances to the thriller's atmosphere. But actually, we are dealing with a film noir with some additional features of a western here. All this fits together nicely, which proves that Xin Yukun is one of those Chinese directors you should keep an eye on in the future. Strictly speaking, individual aspects of the story are relatively well-known, but the way they are combined is something new and works pretty well. 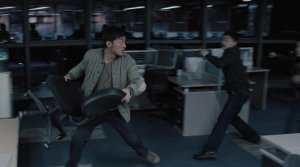 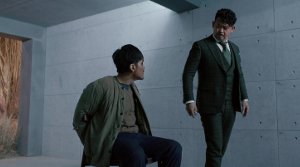 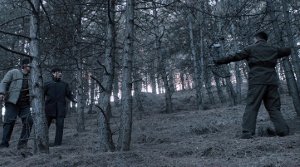 One aspect that could be criticized, though, is that too many coincidences happen. However, this criticism would also be a bit unfair, because karma plays an important role in "Wrath of Silence". Why things happen the way they happen is related to a supernatural power that is never spoken of, but which you can always sense. The calm, yet very powerful end is also great in this respect. Xin's work starts out very slow, but then steadily builds up the pacing, which is not created by fast cuts, but by a story which unfolds organically. The setting is extraordinary and intense. You could find fault with the pieces of flashbacks which are spread across the movie as a stylistic device, but ultimately it does not disturb the story's flow. "Wrath of Silence" is a dark thriller with wonderful shots of an otherwise pretty bleak landscape. It is a movie which thrives on its ever-evolving story. A really beautiful work by director Xin Yukun.