When I Get Home, My Wife Always Pretends to be Dead 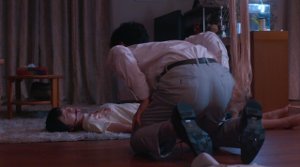 Story: When they married Jun Kagami (Ken Yasuda) and his wife Chie (Nana Eikura) agreed that they would draw a conclusion after three years of marriage and honestly say whether they still want to be together. The reason for this unusual decision is Jun's first marriage which broke up. Three years have almost passed and now Chie starts to behave very strangely. Every night, when Jun comes home from work, his wife pretends to be dead. She spares no efforts and has already invested a lot of money in costumes and props. Jun is very irritated and doesn't know how to handle the situation properly. His wife apparently wants to tell him something and he suspects that it has something to do with the future of their marriage. He seeks advice from his colleague and friend Soma Sano (Ryohei Otani), who gives him some tips. However, he doesn't have any real answers either. But he is also jealous of Jun, because his marriage to Yumiko (Sumika Nono) is by no means as interesting as his friend's. He proposes that the two couples go out to dinner together and so Chie and Yumiko also get a little closer. Chie finds out that the other couple has some problems at home because they can't have children. In the meantime, Jun suspects that his wife is simply bored at home, because she does not stop pretending to be dead even after he asked her to several times. He suggests she should look for a job. But the reason for her strange behavior is actually not boredom. 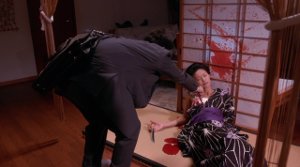 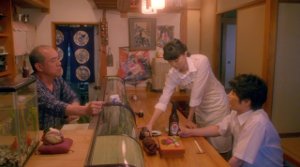 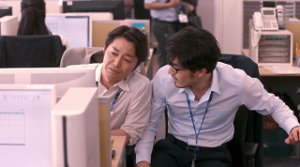 Review: There are movies that manage to arouse interest with their strange titles alone. And in this case, we already get to know the movie's plot in its title. Nevertheless, we are still curious to see what else there is to be discovered apart from this basic premise. You could call this good marketing. In fact, "When I get Home..." turns out to be a serious, yet amusing drama. There is always enough humor to keep everything at a light-hearted level, but besides that there are also a few deeper observations about marriage and what it means to live together for three years. A lot of things are not said out loud, instead you have to read between the lines and the answers we get are by no means groundbreaking, but they are honest and believable. It's refreshing to see a drama about a relationship that's not a heavy art-house movie, but also not a candy-colored romance either. 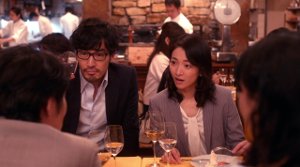 After the general premise has been explained, though, it actually takes some time for the movie to get going. The tension is mainly created by the fact that we don't know why Chie behaves so strangely. It appears to be some form of insecurity, which only seems natural because she is afraid her husband might soon want to get a divorce. Does that mean, she only wants to change things up a little bit and bring more excitement to the marriage? But if that's the case, why does she continue doing it, even though Jun has already told her he doesn't like it? Of course, there is a little more to it, which we learn about over time. But you shouldn't expect to get an answer to every question. The viewers have to find out some things by themselves, which the movie's end proves as well. However, this is by no means disappointing or cheap, as it could easily have turned out. Oftentimes, truths are somewhat unspectacular and do not always have to be said out loud, especially when we are already aware of them. 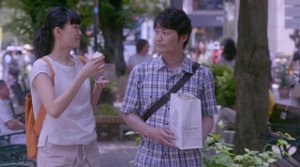 Jun himself also has a lot of insecurities, as it turns out throughout the story. Actor Ken Yasuda ("Flying Colors") gives his character the necessary ease and tranquility, but Jun also seems a bit flat and you rarely get the impression of getting closer to him. That's a pity, but Chie's breeziness acts as a pleasant counterbalance. She lost her mother at a very young age and has had problems trusting people ever since. At least, so it seems at first glance. She also seems to avoid her husband when he tells her that he loves her. Of course, we don't know everything yet and towards the end there is also a small "twist" that makes everything a little more logical. Their marriage is generally somewhat unusual, but you can also see a certain familiarity that could turn into boredom if you live with a person for a very long time. 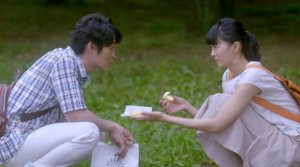 Thanks to Chie's various costumes, which also add to the movie's humor, Jun comes out of his shell, as well. This, in turn, adds even more to the humorous note of the movie, for example when he bemoans the loss of his master (Chie disguised herself as a high-ranking figure from the Edo period). After various disguises, all of which are quite fun to watch, we still wonder which direction the movie actually wants to go into. But through the other couple the drama gets a few more facets and we are shown that there has to be ups and downs in married life. Communication is the key to happiness on a long-term basis. However, a talk with your partner could also lead to the realization that you actually cannot find happiness with your spouse. Honesty is therefore an equally important aspect of marriage. As mentioned earlier, "When I Get Home..." doesn't offer groundbreaking insights, but the way the story is told can easily draw you into the movie. 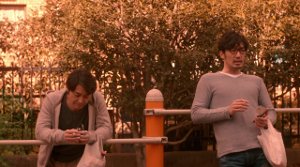 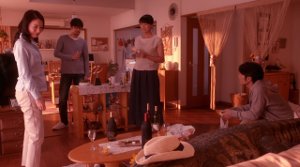 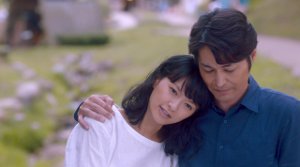 The story is based on a real couple. The husband had posted his wife's strange behavior on "Yahoo! Answers" and it quickly became a song and a successful manga. "When I Get Home..." is a love story without kitsch and a drama that deals with relationship issues, but in a refreshing way. Chie proves to be more profound than initially thought, and getting to know her fears is the movie's appeal. The only negative thing is that you sometimes feel like the story is not making any progress. But the charming characters make up for that. You get a well-balanced mixture of a drama and a comedy, which doesn't try to be too easygoing, but doesn't get too depressing either. The light-footedness of the story is praiseworthy, especially because it addresses somewhat darker issues like loss and death. A movie which portrays life - in particular married life - in a very honest way.