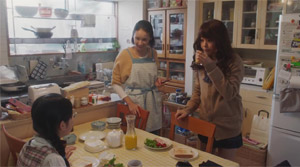 Story: Sayaka Kudo (Kasumi Arimura) is already in her second year at high school, but she has a 4th grader's level of education. Her mother (Yo Yoshida) allows her to put on make-up and go out with her friends until late at night, because she is perfectly satisfied to see her daughter happy. Her father (Tetsushi Tanaka) on the other hand doesn't care about his daugthers at all since he is busy making his son (Yuhei Ouchida) a professional baseball player. Since Sayaka is caught with cigarettes at her school she is indefinitely suspended from class and instead goes to a private tutoring center. The center's head Tsubota (Atsushi Ito) is confronted with the incredible knowledge gaps of the girl right away, yet is extremely positive in nature and wants to get her to attend a well-known private university. Sayaka is amused by this idea, but Tsubota's motivating nature turns out to have an impact on her. Sayaka actually starts learning and soon shows progress, although her goal is still far out of reach. Eventually, the blonde party girl is even learning when going out with her friends. Is it really not too late to pass the entrance exam of one of the country's most renowned universities? 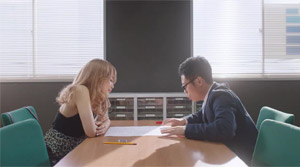 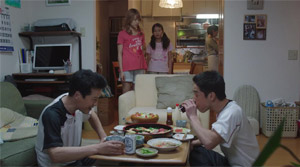 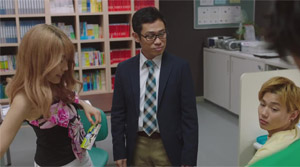 Review: Expectations aren't really high when watching a movie featuring your standard underdog who wants to tackle a seemingly impossible task. We have seen such stories in the shape of several sports films one time too many already. But "Flying Colors" manages something that you wouldn't have thought it would be capable of when looking at its plot. The movie combines humor and drama in a very well-balanced manner and oozes out the kind of cheeriness that will lift your spirits. Reason for that are the wonderful characters, whose relationships are constantly in the focus of events, as well as the outstanding actors/actresses and a subtle directing, all contributing to the film surpassing what we believed it would be. Yes, there will be viewers that will shed some tears, but if the movie actually is to be called manipulative then its almost entirely made invisible by its great strengths. 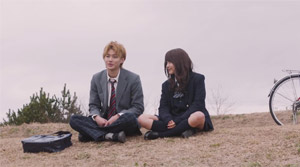 The jaunty way the story starts is exhilarating, and last but not least we are also allowed to laugh about Sayaka's educational gaps. Some of the wordplays are lost in translation, but that's bearable. The story's heroine becomes more interesting with time. After all, Sayaka turns out to be not that superficial or stupid. She simply lacked the right kind of motivation. She eventually finds it thanks to her tutor, who is the first person in her life that really believes in her. This alone wouldn't be enough to bring Sayaka's actions to screen in a believable fashion, though. Consequently, we also get a glance at her family and here it shows that "Flying Colors" knows how to weave a complex web of hopes, expectations and setbacks. For there are quite some demons to conquer in Sayaka's family. 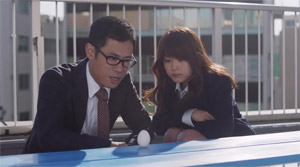 One big problem is the father whose focus of attention completely lies on his son. The baseball subplot stands as your typical story you would see in a sports filme. However, it is merely touched upon, yet also mirrors Sayaka's story. The rotten relationship between father and daughter doesn't stand in the limelight either, but it is still a big factor that led to the daughter's missteps. And the extremely likeable mother may have had a hand in Sayaka lacking a perspective in life, too, because of her strong desire to see her daughter happy. Still, the girl undergoes a believable change, which is even the more successful since it happens continuously. This change is also the heart of the movie and not only restricted to the female protagonist. The people surrounding Sayaka, particularly her parents, also change their attitude towards the girl and life in general during the course of the story. 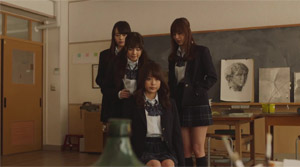 Accordingly, it's not just the humor and the pleasant atmosphere which is responsible that the movie doesn't even have one single minute of boredom in it, but especially the three-dimensional characters and their relationships. However, it shouldn't be a surprise that so much emphasis lies on what makes a story truely memorable - if he plot itself doesn't amount to much - since the film is based on a novel by Nobutaka Tsubota. And Nobutaka did base his story on true events which is why it's difficult to criticize the rather unbelievable moments or the cliché-loaden narrative hook. Although you naturally are allowed to assume that in favor of a dramatic narrative there maybe was some artistic freedom involved in order to emotionally captivate the viewer (or reader) more successfully. But who cares. It works. 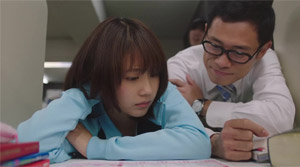 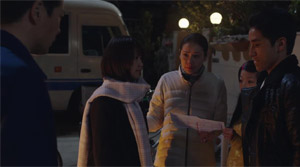 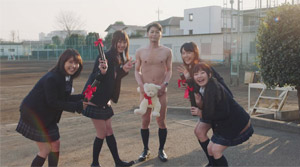 "Flying Colors" can move you to tears - and in a pleasant way, not the kind where, with lots of tissues at hand, you have to say goodbye to one of the characters lying in a hospital bed. Kasumi Arimura ("Strobe Edge") impresses, not only because she manages to be likeable at any time and cries extremely convincing, but because she manages to give her role surprisingly complex facets in a subtle manner. The same goes for Tetsushi Tanaka ("Outrage Beyond") and Yo Yoshida as the parents. Atsushi Ito ("Fish Story") plays his role almost too endearingly polished, but his chemistry with the lead actress is without a doubt well-achieved. Next to the great characters it's more than anything else thanks to director Nobuhiro Doi's ("Be With You") subtle directing that many of the potentially kitsch-loaden scenes turn out to be among the strongest of the film. So if you are looking for a movie that will simply put a smile on your face, you have just found it!