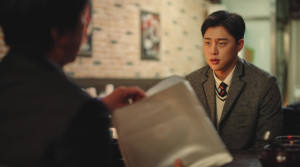 Story: Park Jae-min (Kwon Hyun-bin) lost his father due to the consequences of a hacker attack three years ago. The police were not able to solve the case, so Jae-min, who was still in school at the time, decided to start studying computer science. Now he is a student, and his best friend Park Jo-hee (Lim Na-young), whom he has also known since school, is studying art at the same university. Jo-hee constantly falls in love, this time it's Chan-ho (Lee Suwoong), whom she has known since high school. Jae-min has to help her with her problems, even though he himself has had feelings for her for years now. But all this takes a backseat when he is suddenly contacted by the hacker group "Better World". That's because Jae-min had already carried out some hacking attacks on companies and anonymously informed the police when he found some illegal activities. When Jae-min meets part of the group and they turn out to be the students Man-gook (Kim Gun-soo) and Hye-so (Cho Hyunyoung), who disguise their hacker work as a university club, the boy wants nothing to do with them anymore. But Hye-so knows about the boy's past and his father's death. She persuades him to uncover a scam around a new cryptocurrency, because Jo-hee's father could also become a victim of this scam. Even though Jae-min takes a liking to this work, it also turns out to be a more dangerous game than he's used to. But then, the hacker who is responsible for his father's death finally becomes active again after three years, so Jae-min does everything he can to find him. 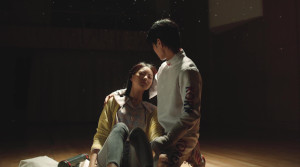 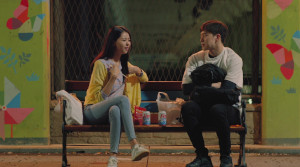 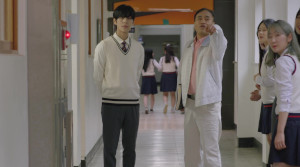 Review: Usually, you would expect a movie about hackers here. Young hackers. So maybe there could be a little humor. But actually, there is also a romantic flick hidden in here. That doesn't necessarily have to be a bad thing, but it's the kind of colorful romance flick that's clearly aimed at teenagers who have just entered puberty. This also shows in the movie's humor, which is extremely flat and full of slapstick. But that does not have to be catastrophe either, because slapstick can also be quite entertaining. But for that, the timing would have to work! Which, in turn, brings us to the big problem of "Twenty Hacker". Even the simplest gag gets screwed up because the director and especially the editor don't know anything about their crafts. They either stay too long in certain scenes, or the scenes are cut together so quickly and incoherently that you might think you are actually not watching the final product, but instead an extremely rough first cut. 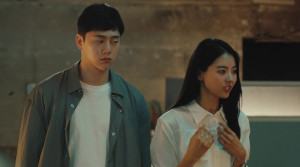 It's been a hell of a long time since I had to tear a movie apart in the way this trash of a genre mix deserves to be torn into pieces. And yet, it all starts quite harmlessly. We get to see a break-in during which a hacker wants to get into a system. Nothing special here, and of course you are willing to forgive that, just as in any other genre work, hacking in this movie consists of ultra-fast typing, instead of simply executing a previously written program with a double click. The introduction seems to prepare us for an action thriller in the style of a heist flick like "Ocean's Eleven". Again, this is nothing original, but it could still be quite entertaining. But then we are suddenly at an university, and the focus is put on a stupid love story that would surely have turned out less cheesy if it had been written in the diary of a fourteen-year-old. In addition, there are jokes that are just cringe-worthy because of their poor timing. 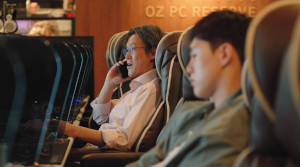 You probably even have to be glad that, despite all its kitsch, the flick does not additionally torture you with drama, like the terrible romantic drama "Do Re Mi Fa So La Si Do" did. Everything remains quite light-hearted and carefree. The ridiculous love story between the two protagonists is predictable at all times, same goes for the identity of the villain. The script seems so amateurish that you have to ask yourself whether nobody else ever read it beforehand. The dialogues are terrible, and it would just be unfair to pull the two main actors to pieces as well, because they were both originally singers, and so far, have only appeared in drama series. Their acting performance is not good, but how could it be with a script like that? At least, there are a few short moments between the two which work, and that's almost a miracle. The supporting actors are so flat that, of all people, Jae-min's employer, the owner of an internet café, seems to be fleshed out the most. 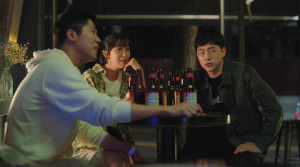 The movie is actually supposed to be about cryptocurrencies and how old people, who are not familiar with the concept, are conned out of all their money. Strictly speaking, this is a complex topic, but here it gets simplified to such an extent that the movie might as well just have been about a Ponzi scheme. While explanations for hacker terms are displayed as small text panels on the screen, there is no way you can actually read those in the short amount of time they are shown, especially not as the dialogues continue. In addition, the movie's story is so simple that the filmmakers even try to complicate things by adding several flashbacks. There is a lot of jumping back and forth in time, but only for a few hours and for no real identifiable reason. The movie is cut together so randomly that you end up being disoriented most of the time. The emotions and feelings of the actors do not fit the previous scene at all, even if things happen chronologically for once! Quite often, you wonder what the hell is going on, and whether you have missed something. 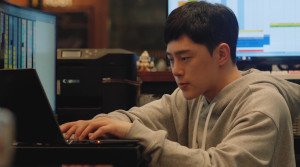 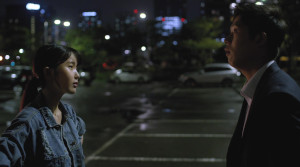 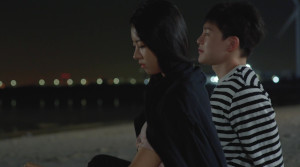 The horrible score is also a big problem. Everybody knows those YouTube videos in which something is cooked or demonstrated while random elevator music - probably composed by an AI-software - plays in the background far too loudly. That's what you get in "Twenty Hacker" the entire running time. The musical style (even though it is not justified to call it "style" ...) is constantly changing so much that it just emphasizes the extreme contrasts between the different scenes even more. But above all, this thriller comedy (?) made for teenagers - and before watching it, there is no way of knowing that this is the target audience, neither the posters nor trailers give any hint - is simply not funny. Unfortunately, you recognize the scenes that are supposed to make you laugh all too well, but they only make you roll your eyes at best. Sometimes the characters may seem quite likeable, but the editing and the score as well as the script are such a disaster that you are not even surprised by the completely idiotic twist just before the credits start rolling - let's just hope that they were not trying to hint at a possible sequel there...