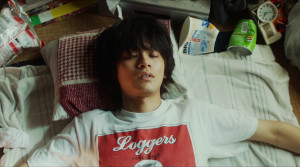 Story: Takemichi (Takumi Kitamura) takes each day as it comes. There is no job he is good at, and he always has to apologize for his lack of ability. Then he suddenly hears on the news that Hinata Tachibana (Mio Imada) and her brother Naoto (Yosuke Sugino) died in an accident caused by the Manjikai Gang. Hinata used to be Takemichi's girlfriend ten years ago, one of the few silver linings in his life. He is still trying to process the news when someone suddenly pushes him in front of a train. Just before he dies, he finds himself transported back ten years into the past. He and his old friends used to be wanna-be gangsters at their school, but Takemichi ends up in the past on the very day they were beaten up by the, at that time still insignificant, Manjikai gang who then turns them into their "slaves". That's when Takemichi's life started to go downhill. Eventually, he meets his then-girlfriend Hinata again and tells her brother Naoto that they will die in ten years. When he shakes Naoto's hand, Takemichi is suddenly transported back into the present time. Apparently, someone saved him from the oncoming train, and that person is no other than Naoto. The past seems to have changed, but Hinata is still dead because she didn't believe what her brother told her. Naoto is now a police detective and instructs Takemichi to stop the Manjikai gang in the past before it could get bigger. With a handshake, he sends Takemichi back to ten years ago. Due to some fortunate circumstances, the leader of the gang, Manjiro (Ryo Yoshizawa), starts to take a liking to the loser. This could be Takemichi's chance to change the future... 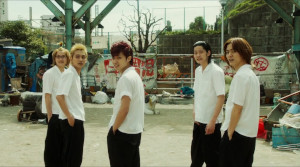 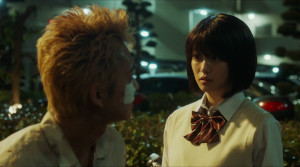 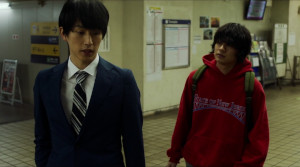 Review: Rivalling youth gangs isn't a subject that represents a big part of the movie selection I prefer to watch. Ages ago, I watched "Crows Zero", and although the movie was a manga adaptation directed by Takashi Miike, it did not manage to win me over at all. So why watch another gangster flick based on a manga (this one now written by Ken Wakui), in which teenagers wear fancy/stylish hairstyles and knock out each other's teeth? Because the time travel aspect promises some variation and the movie could therefore possibly have something to offer for sci-fi fans as well. The latter unfortunately turned out to be a wrong conclusion, because even though Takemichi's changes in the past do actually have an impact on the present, we almost entirely stay in the past, and so we don't get to see those changes, instead we are just told about them and the story dribbles away in the past. 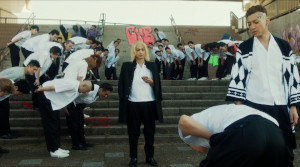 However, it is also a positive thing that the story is allowed to develop in the past without major interruptions. That way, you are not needlessly pulled away from the important events. The plot itself revolves around a wanna-be gangster who caused trouble with his ridiculous-looking gang until they were suddenly at the receiving end of an even tougher gang. Since then, everything in Takemichi's life has changed for the worse. Of course, in the end, it is all about restoring your honor and stepping out of the role of the eternal victim. But that's not so easy for someone who actually has no skills at all. Takemichi gets involved in fights over and over again, mostly with bigger and stronger gangsters, but he never really manages to take a swing at anybody. You almost get the impression that he is an open pacifist or that he at least sees himself as a punching bag. Because he can actually take a beating. Nevertheless, this is still frustrating to watch. 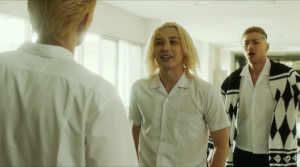 The leader of the Manjikai is actually impressed by this toughness and declares Takemichi to be his new friend. At first you might think that the loser will turn into his lap dog, but that's not the case, the gangster boss seriously wants to be friends with him. The reason for that will be revealed to us later. The two and Manjiro's right hand Draken then form a trio that, if you see them on their little bycicle ride, no longer resembles gangsters, but rather reminds us of some school friends. Moments like these should have been implemented more frequently in the movie in order to establish the friendship ties more thoroughly, but at the same time, it is also understandable that it was not possible to do so, simply because of the vast size of the manga that had to be condensed here. At least, there are still a few important scenes between Manjiro and Draken, which give both a more human touch and also explain some events in the future. Because the question that is still hovering above everything, is how these sometimes lovable characters could turn into the leaders of a cold-blooded gangster organization later on. 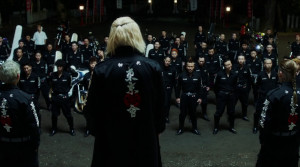 Of course, rule number one for all gangsters is to look as cool as possible. Manjiro succeeds the best at that while he also has the edge over everyone else in fights and effortlessly manages to take down his opponents. Naturally, when it comes to fashion everything has to be stylish as well, but with characters like Takemichi, the hairstyle just has to be made fun of once in a while. After all, he comes from the future and has a certain distance to his now embarrassing past. Every now and then, certain characters, like Takashi, show up very briefly, which is something that manga connoisseurs will probably be disappointed about as you could easily miss them if you blink at the wrong moment. But that's just the way it is when you try to force an entire series into a movie. A lot of things are just touched upon, which would have provided room for countless side stories. However, the movie generally didn't do a bad job at incorporating as many interpersonal levels and relationships as possible. 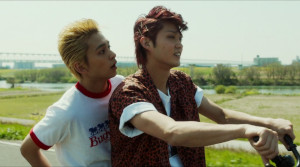 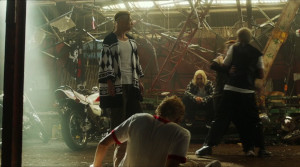 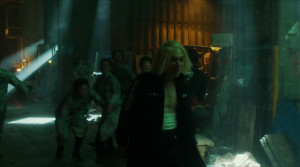 Takumi Kitamura ("I Want to Eat Your Pancreas") plays the unusual hero of the story quite fittingly and soon it becomes clear that he is actually just fighting for his lost love. What exactly it is that Hinata sees in Takemichi is an ever-present question, but unlike other movies of this kind, this story even gives us a pretty convincing answer to that question. "Tokyo Revengers" is therefore quite successful on an emotional level, but of course, the action also plays an important role in a flick like this. Some action scenes turn out to be surprisingly violent at times. Takemichi often looks pretty beat up (even though some blows should actually have killed him) and thanks to the directing, the punches have a lot of power behind them. Unfortunately, the choreography leaves much to be desired. There are only a few very rare moments in which you get to see some spectacular action. So, the majority of the skirmishes just consist of simple brawls, which can be quite boring at times. That's why, in the end, "Tokyo Revengers" didn't really click with me, even though the movie does a lot of things right with its characters.