The Yin-Yang Master: Dream of Eternity 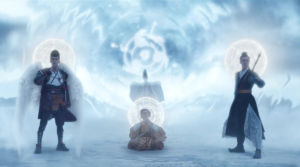 Story: Qing Ming (Mark Chao) is trained by his master as a Yin-Yang sorcerer. Although Qing Ming is the best student, he still can't cast the basic protection spell. Then, when an old evil of the world, a serpent demon, awakens the master and his disciples are attacked. The master manages to fight back the demon, but he is poisoned in the process because he had to save Qing Ming, who was unable to cast his protection spell. Now, Qing Ming has to go to the Imperial Palace in place of his master, and along with the sorcerers of the three other cardinal points he has to perform a ritual, which is supposed to lock up the demon again for some time. After all, the last time the demon attacked, it was just its shadow. The real demon was actually imprisoned by the Empress, who locked it up in her own body. However, when Qing Ming is a guest at the Imperial Palace, one of the other sorcerers is killed in his sleep, and now it is up to Qing Ming and the sorcerer Bo Ya (Deng Lun) to solve the murder. In addition, the Empress instructs high priest He Shouyue (Wang Duo) to take over the position of the deceased. The sorcerers' job is also to eliminate demons in the city in order to use their spiritual energy to activate the four guardians who can keep the serpent demon at bay. But there are a lot of secrets and intrigues at the Imperial Court. And last but not least, Princess Zhang Ping (Olivia Wang) seems to be part of the conspiracy as well. Therefore, the unusual duo Qing Ming and Bo Ya have to join forces in order to solve the murder case and destroy the serpent demon. 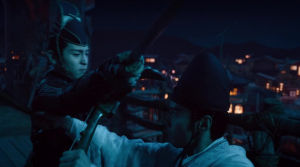 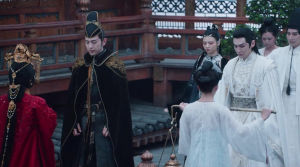 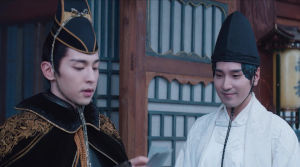 Review: It's a little surprising that Netflix put together a fantasy wuxia movie which managed to do a lot of the things right, that major China productions mostly screw up. All too often, thanks to the possibilities of CGI effects, China puts fantasy on a level with visual fireworks and loud sound effects, so that story and characters are basically non-existent, and everything just ends up in a colorful mess, like in "Zhong Kui: Snow Girl and the Dark Crystal". Generally, there is simply no common theme or anything that could actually get us attached to the characters. In "technical jargon" those movies are probably what you would call fantasy fluff. "The Yin-Yang Master: Dream of Eternity", on the other hand, manages to avoid these problems and also offers quieter tones that anchor us in the world and its story. This is very surprising and quite pleasant, but unfortunately, the movie has problems in other areas instead. 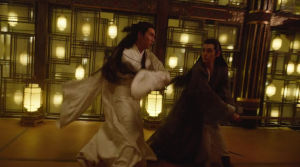 Only a few minutes into the movie, we realize that this fantasy flick is also build on a lot of dialogue. We are skillfully introduced to the movie's premise, and as a contrast to the quieter tones, we quickly get our first special effects barrage when the demonic serpent attacks for the first time. Protection spells are constantly cast and portals are created everywhere: Doctor Strange could actually get quite jealous here. However, it is worth discussing who stole from whom, because "The Yin-Yang Master" is based on the novel series "Onmyoji" by Baku Yumemakura, which was also adapted for the screen in Japan in 2001/3. This novel series, in turn, is based on the Onmyodo, in which - basically Yin and Yang and Wuxing in Chinese philosophy - the five-element doctrine is used to influence nature. It just seems obvious that this philosophy can also be transformed into some kind of magic school. This actually turns out to be a lot of fun in this fantasy movie, but sometimes the flick just gets carried away with it too much. For example, the Guardian Spirits are often equipped with wings that make them look more like they came right out of a Chinese mobile game. 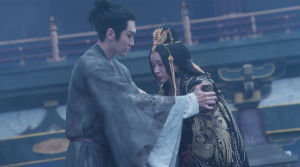 Let us turn straight to what is often a major shortcoming in Chinese productions, reducing the fun by a lot: the special effects. Fortunately, in "The Yin-Yang Master," those don't look cheap at all. But there are also a few scenes in which they don't manage to fully convince us, because they actually look as if they were created ten years ago. The special effects work best when spells are portrayed, but some of the neighborhoods were also improved with some CGI. All in all, it has to be said that the sets in particular turned out pretty nice and manage to breathe a lot of life into the movie. There are numerous moments when the camera dreamily floats over the scenery, making fantasy hearts leap for joy. Here and there, you might suspect a green screen, but in general we get a wonderfully colorful world that has its foundation in the realm of wuxia, and that's why it does not just look candy-colored and cheap but has some substance instead. The movie also benefits from a beautiful soundtrack by Kenji Kawai, which emphasizes the fantasy elements even further. 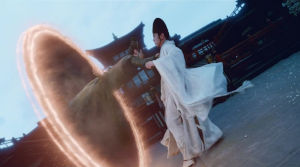 There is not much to say about the characters. Overall, they are quite serious, but under all the distant politeness, you can also identify some other emotions. Mark Chao ("Black and White: The Dawn of Justice") portrays the protagonist, who carries a lot of pain and trauma, but he does it with the dignity of a master. Then he develops some sort of rivalry with Bo Ya. Their relationship features some dry humor - a nice change to the overused slapstick in other works of the genre -, but they eventually become friends, which is fun to watch. The characters as such aren't exactly sophisticated, but they're elaborate enough so that we actually care about them, which makes the action scenes more interesting too. In general, it has to be said, though, that while the action is not bad at all, the director still sometimes takes the same path as other blockbuster makers: everything is just loud and somewhat confusing. The quieter moments, especially those that almost seem like they were taken right out of a detective story, are a little more effective. 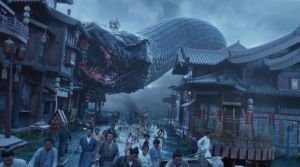 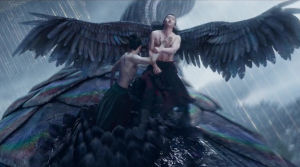 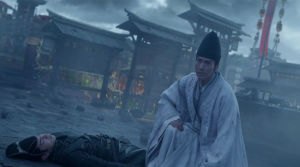 As in many successful works of the fantasy-wuxia genre, there is essentially no simple breakdown into good and evil. Instead we get to see people's weaknesses, such as greed and desire, which always ends in disaster. Similar to "Painted Skin", for example, the movie can also get a bit melodramatic, but that's actually just part of the genre. Unfullfilled love and the suffering that comes with it are an essential part of romance, and in this respect, many works of Chinese wuxia are more of a romantic drama than all the real-life TV dramas or romantic comedies. For some viewers, "The Yin-Yang Master" may be a bit too theatrical, maybe even a bit cheesy sometimes, but those who know the genre will be used to that and it probably won't bother you. Unfortunately, that doesn't necessarily mean that I can fully recommend the movie, because the story, although it has a few good twists, sometimes loses sight of its red thread. Even the action scenes occasionally seem a little too fantasy-like in a modern way, including a lot of light and explosions. Overall, however, this movie is a decent entry into the genre.