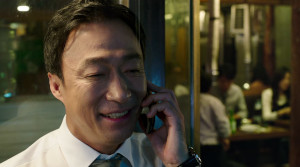 Story: Sang-hoon (Lee Sung-min) has just moved into a new apartment with his wife Soo-jin (Jin Kyung) and his young daughter. That's why he invites his work colleagues to go out for a drink and doesn't come home until late at night. At home he suddenly hears a scream from outside. When he looks out the window, he witnesses a man killing a woman with a hammer right in front of his apartment complex. As his wife wakes up and turns on the light, the killer realizes that someone might have seen him. Sang-hoon quickly turns off the light and doesn't tell his wife what he just saw. The next morning, the woman's body is discovered. The police are investigating the case under the direction of Detective Jang (Kim Sang-ho), but the residents of the surrounding apartment buildings claim not to have seen anything. By now, Sang-hoon is firmly convinced that the killer is after him. But he still keeps quiet because he wants to protect his family. Detective Jang suspects that something is wrong and doesn't give up. In the meantime, the killer begins to tail Sang-hoon and his family. He is just waiting for the witness to start talking. However, it turns out that Sang-hoon was not the only one who saw the murder, and soon he gets to see up close how the killer deals with witnesses who want to go to the police... 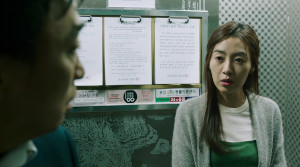 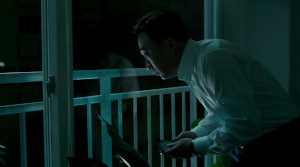 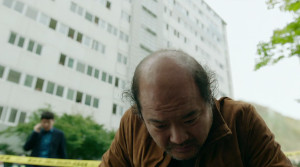 Review: To be honest, the premise of this thriller doesn't really arouse interest when you read it. Too many movies with the same plot have already been put on screen, and so it is actually only thanks to the overall pretty positive reviews that the movie has made it onto my watch list. And "The Witness" actually offers an aspect that sets it apart from similar productions: it criticizes our society, in which everyone lives for him/herself, and people are only concerned about their own well-being. The movie was inspired by a real-life event in New York City in 1964, but the special touch that the director gives his thriller focusing on the apartment owners' fear that the property value could decrease, is very specific to Korea and has been dealt with multiple times in other movies too. In the end, however, it is especially the somewhat unlikable protagonist that gives the flick something extraordinary. 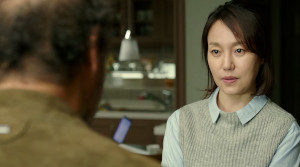 Perhaps I should address first, what bothers me so much about most thrillers of that kind. The protagonists often behave illogically and so anxious that the killer almost seems superhuman. In many cases, the authorities could very easily put a stop to the perpetrator's activities if the hero simply opened his mouth. "The Witness" struggles with the same problem. Especially in a scene in which a policeman asks Sang-hoon if there was a problem, while the killer actually lurks in the background, you just wonder why the family man doesn't say anything and simply ends the whole thing. A lot of the scenes also seem quite constructed, and the coincidences that keep piling up reveal the protagonist's weaknesses, so that he actually becomes quite unbearable. While the criticism of the script and its coincidences, which are extremely useful for the story's progress, cannot be refuted, things are somewhat different when it comes to other points of criticism. 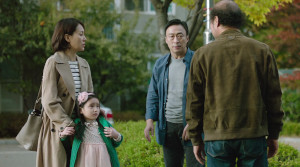 Sang-hoon is supposed to be a little unsympathetic but without coming across as a monster. He is anxious and so jumpy that some of the typical thriller moments build on that. The fact that the man seems quite suspicious to the investigator should not come as a surprise either. In the end, it is difficult to identify with Sang-hoon, though, because he is a coward whose non-intervention led to a girl being killed. Yet, he is not alone with that as "The Witness" wants to shed light on the lack of moral courage and the bystander effect, which means that people only care about their own issues and pretend not to notice anything else, even if things happen directly in front of them. This even goes so far that the residents of the apartment complex go from apartment to apartment in order to make everyone sign a confidentiality agreement. No one is allowed to say anything to the police, even if they saw the murder. 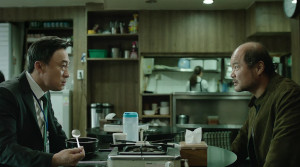 Reputation is everything, especially when bad news would cause the value of your own property to fall. One resident even scolds a man who searches for his missing wife with flyers, because that casts a bad light on the neighborhood. During that scene, several other neighbors also face the man silently but accusingly. A scene that reflects the depraved morality in which everyone thinks of himself first. Sang-hoon is no different from that, and had he not been a coward, the killed girl would still be alive. Of course, you hope for some kind of catharsis, because otherwise you could not be able to follow this man any further, but until it comes to that, he only continues to prove what a hypocrite he is. If you are looking for a guilty conscience, you will have to wait for that for a long time. Actor Lee Sung-min ("The 8th Night") has a truly difficult task with portraying that, but he masters it quite decently and ensures that we never completely give up on the protagonist. 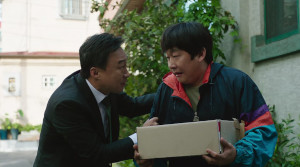 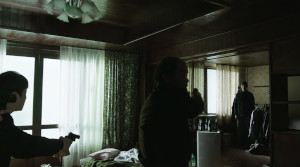 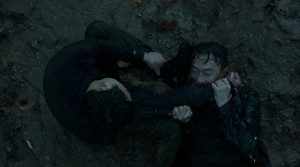 The attitude and victim mentality of the protagonist makes the killer, about whom we actually know nothing at all, seem overpowering, which is deconstructed, though, when he himself is seriously injured by a slender woman. At the same time, the investigation continues and Detective Jang, sympathetically portrayed by Kim Sang-ho ("The Golden Holiday"), serves as an anchor who helps us not to lose hope that the killer might still get his just punishment. Technically, director can Jo Kyoo-jang ("Mood of the Day") manages to tick off all the right boxes for a thriller, and there are only a few unnecessary jump scares which stand out in a slightly negative manner. The finale is also a bit strange. The last scene, on the other hand, stands out positively, because it once more makes clear that "The Witness" is only superficially a typical thriller. Instead, it actually wants to convey a message, and the last scene manages to do that very effectively. Even though the movie might sound like a run-of-the-mill thriller, the socially critical tone turns "The Witness" into a well-done genre representative.