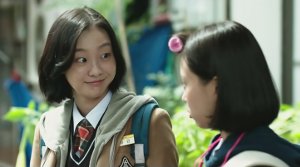 Story: At the age of eight years, Koo Ja-yoon (Kim Da-mi) fled from a high-security facility in which experiments were done on her. Along with other kids she was locked up and under the command of Dr. Baek (Jo Min-soo) her brain was genetically modified. One day, all "experiments" are disposed of, but Ja-yoon manages to flee. The people responsible lose track of her, but also believe that she will not be able to survive anyway because the experiments have severe side effects. However, Ja-yoon is found by an elderly married couple that raises her on a farm. Ten years later, the girl is a big help on the farm and is doing pretty well in school too. In the meantime, her adoptive mother gets Alzheimer's disease and her adoptive father has trouble paying the bills because of plummeting cattle prices. When Ja-yoon's friend Myeong-hee (Go Min-si) suggests Ja-yoon should compete at a talent show, there seems to be new hope for the farm. Moreover, Ja-yoon could pay for her mother's treatment with the prize money. Because the girl is a very talented singer, the chances of winning are pretty good. During a TV show, however, the girl is talked into showing a magic trick. Shortly afterwards she meets a young man (Choi Woo-shik), who claims to know her from back then. She can't remember anything from ten years ago but the experiments without a doubt gave her special skills. In addition, her headaches get more and more painful. But her biggest problem is that Dr. Baek now wants her "experiment" back... 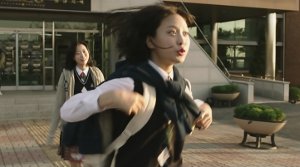 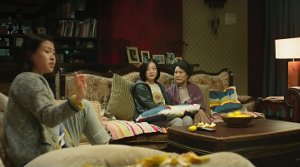 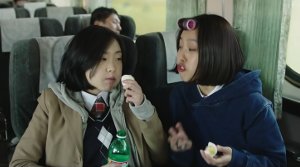 Review: "The Witch" is a movie which is split in two when it comes to its narrative style. In the beginning we have a slow drama and later on we get a violent action flick. However, this doesn't come as a surprise because it becomes clear quite soon that Ja-yoon will have to face her childhood's tormentors at some point. Moreover, the movie is advertised as a revenge flick. That's why most viewers will probably be rather disappointed when the first hour of the movie turns out rather slow and actually only focuses on showing every facet of the teenager's life. Nevertheless, genre experts know that you need elaborate groundwork to be able to root for a hero taking revenge. Actually, the first half of the movie turns out pretty well, even if it sometimes seems a little bit clumsy how the director tries to guide our attention away from all things obvious. Because there is no doubt that the girl was experimented on and that she is the eponymous witch. 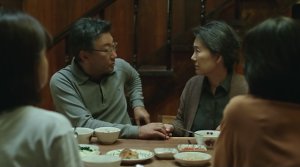 However, the various parties in the movie are a little bit confusing. Dr. Baek, played by Jo Min-soo ("Pieta"), doesn't seem to have the same interest as Mister Choi, portrayed by Park Hee-soon ("VIP"), and that leads to some interesting tension. But we are kept in the dark for quite some time about what exactly is going on between the two and about what the organization's goal is that Dr. Baek belongs to. Then there's also the "Nobleman", embodied by Choi Woo-shik, who luckily speaks good English. Each of the bad guys chooses a different way to strike fear into people's hearts: being cold and calculating, aggressive and proactive or gruesome and chaotic. Undefeatable enemies for our heroine whose biggest achievement so far was to get into the next round of a talent show. During her first encounter with the "Nobleman", a witcher, we can clearly see her fear and desperation, as she successfully seemed to have suppressed her childhood trauma along with her powers and therefore just sees a crazy person in front of her. 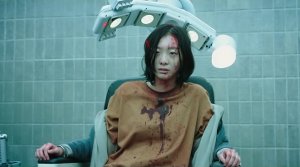 Ja-yoon's mother suffering from Alzheimer's disease is the drama element of the movie whereas the heroine's friend is the comic relief. You quickly think you know everything about Ja-yoon's social surroundings and you believe to have a clear picture of the fragile girl. And then there is the (expected) twist in the story. Of course, the witch in her awakens, nothing else would have made sense, and it gets pretty violent. At this point, most critics start a storm of enthusiasm, but I won't. The reason for that follows shortly. First, let me say that the action sequences are pretty awesome to watch. The children that were experimented on have both physical and mental superhuman powers. And there is not a lot of explanation, everybody is just able to do all kinds of stuff, ranging from enormous physical power and incredible speed to telekinesis, and in times of a continuously growing Marvel universe, we easily accept all this. 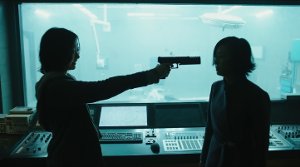 The action sequences were captured quite nicely, the director uses the right amount of special effects and when the "witches" compete against ordinary mortals, they show quite clearly that they work on a completely different level. Director Park Hoon-jung was already able to prove with "The Tiger: An Old Hunter's Tale" that he knows how to let his beautiful images do the work and in this movie his talent shows through once more. Especially the set during the finale has an interesting charm and proves to be a fitting playground for the showdown. There is also blood in large quantities, even if the violence portrayed is never too explicit. Unfortunately, we now get to the biggest problem of "The Witch". The B-movie charm which is created by unnecessarily elaborate explanations. This is extremely annoying because we actually get little in the way of new information. Most of it is background knowledge which is quite obvious because you kind of figured these things out by yourself in the course of the movie. Moreover, the director tried too much to create some sort of suspense during those scenes. 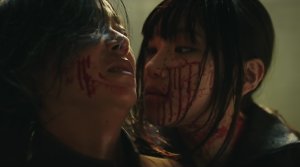 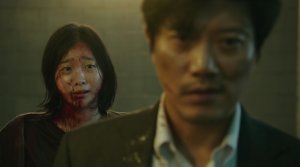 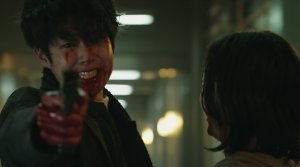 In addition to that, there is a twist which is not as ingenious as scriptwriter and director Park as well as so many critics want to make us believe. And Kim Da-mi also gets a lot of praise for being able to portray a fragile girl as well as a crazy looking killer. This is without a doubt impressive, but "The Witch" celebrates this fact too much. Entire scenes are supposed to live off of the fact that person B realizes what person A had planned all along and how ingenious it supposedly is. But in reality this only makes the movie drag on and on and is rather annoying. At least it is interesting that the flick does not have a stereotypical heroine at its center. Whether this concept can be exploited lucratively in the future remains to be seen. But a sequel is already planned. Therefore, my conclusion is that the hype surrounding "The Witch: Subversion" is not really justifiable. Nevertheless, you get an action flick which is a little bit different from all the other well-known revenge movies. For fans of the genre, the movie is thus definitely recommendable.