Original Title:
Ma-nyeo - Part 2: The Other One 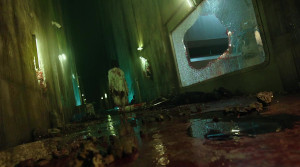 Story: A girl (Shin Si-ah) wakes up in a research lab. Around her there are numerous dead bodies and an alarm echoes through the facility. The girl does not know what happened or even who she is, and so she stumbles out of the research facility and through a forest until she gets to a road. Coincidentally, at that moment, some gangsters pass by who want to buy the house of Kyeong-hee (Park Eun-bin) because they need the land on which a new neighborhood is supposed to be developed. Since up to this point, Kyeong-hee vehemently refused to sell, they now want to resort to harsher means. The gangsters take the blood-covered nameless girl with them, but she eventually has to eliminate them when they start to get violent. Kyeong-hee does not quite know what to do with the fact that the strange girl has superhuman abilities, but she saved her life, so she takes her home with her. Shortly afterwards, Jo-hyeon (Seo Eun-soo) and her partner (Justin John Harvey) are hired to bring the girl back. However, they are not the only ones who are chasing after the nameless girl. Jo-hyeon suspects that her rival from ten years ago could mess things up for her, but a team from Shanghai that wants to eliminate the girl turns out to be an even bigger threat for her. What they have in common is that, like the girl who escaped from the laboratory, they all have supernatural abilities that they have acquired through genetic experiments. A deadly hunt is about to begin... 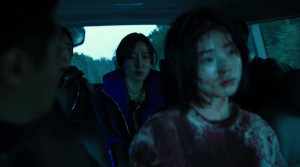 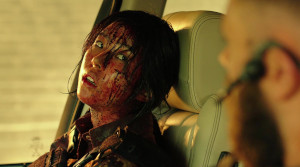 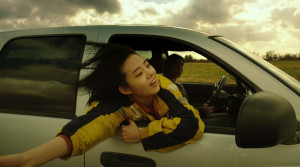 Review: It felt like an eternity before a sequel to this unusual action movie found its way to the screen, so much so that you even had to ask yourself whether the "Part 1" in "The Witch - Part 1: Subversion" was actually just a publicity stunt. However, if you took a look at the success this flick had at the box offices, it should have been clear that there just had to be a sequel, especially since the filmmakers announced at least a trilogy. The special thing about this movie, which can be described as a dark and bloody superhero movie full of antiheroes, is the atmosphere that, up until then, could not be found in any other Korean movie. Director Park Hoon-jung clearly had a special vision that he wanted to put on screen, and it's quite fascinating. Unfortunately, the sequel is pretty disappointing when it comes to the script (as was the case with the first part to be honest). This even goes so far that you start to think that "The Other One" might be a boring rehash of the first flick. But fortunately, everything falls into place towards the end, and you are rewarded with a well-done finale. 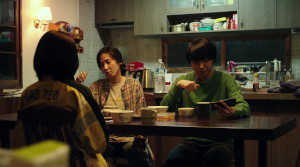 The first scene will probably already remind you of the movie's predecessor. But this time, we have a new protagonist with supernatural abilities who suffers from amnesia. Shin Si-ah is a fresh face, but in terms of acting she is not allowed to do more than just embody the girl who was created through experiments in a laboratory and whose abilities somehow remind you of those of a villain. Her counterpart is Kyeong-hee, who gets harassed by gangsters and who tries to fix the relationship with her brother after their father died and she spent a long time abroad. Therefore, it's up to Park Eun-bin to stand as the heart of the story, and while she was certainly able to show her talent as an autistic lawyer in the series "Extraordinary Attorney Woo", her character in "The Witch 2" does not turn out that meaningful. The same goes for the brother, with whom the nameless girl is supposed to build some kind of friendly relationship. But we can't really warm up to that aspect of the story. 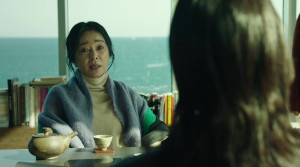 It becomes clear that through this family, which the girl is slowly becoming a part of, although mainly on paper, the tone is also supposed to become more carefree. At least here and there. But the humor turns out a little ingenuous. The more light-hearted sequences work better when it comes to Jo-hyeon and her partner. The special-op mercenary has some nice banter with her partner in English, and in terms of language proficiency actress Seo Eun-soo, who was mostly known for roles in drama series so far, also manages to convince, so that a pleasant chemistry is able to develop between the two. Since there might be some feminists for whom something like this is important, it's maybe worth mentioning that men in "The Witch 2" actually only take on insignificant supporting roles, but it is not bothering and instead fits quite nicely, because it is justified in terms of theme and story (unlike in some other movies nowadays), and the title of the movie already shows that. Unfortunately, the flick is quite cluttered with "witches", so that it's almost impossible to categorize any party and put them into the larger picture. 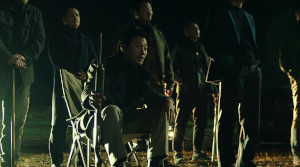 As soon as the group of witches who specifically came from Shanghai is woven into the storyline too, you simply lose track of how many parties with whatever kind of different goals there actually are in this movie. At least five, rather six or more. That could still have been fine if the movie didn't deliberately leave the agendas of the respective groups in the dark. This is all a bit frustrating, as you get the feeling of being kept in suspense, only to then get a disappointing resolution in another sequel - if at all. The only thing that's important here is the coolness factor. Everyone is supposed to throw around their superpowers as casually as possible. This seems forced and as if it is meant to conceal the rather unpolished script. But that impression changes towards the finale, because then the different parties (apparently everyone has superpowers now...) meet in an epic showdown and the witches' abilities could make some Marvel heroes look like amateurs. It should be noted here, that the level of blood and violence gives the flick a special touch, too. 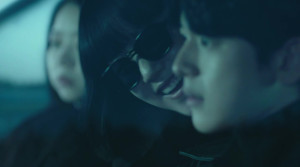 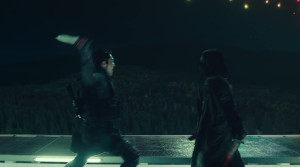 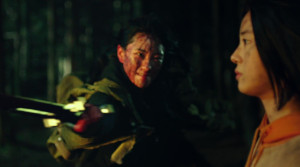 It is also great how the movie builds up to the finale. Over and over again, we get a few small action scenes in which we get a glimpse of the extent of the superhuman abilities, but it is never really satisfying. In retrospect you realize, though, that the movie gradually steps up its game until it switches into turbo-mode for the finale. This is quite effective and entertaining - even though it clearly falls into the "turn off your brain" category. The showdown looks exactly the way you'd wish for, and the effects are mostly quite convincing. Luckily, the movie actually manages to forge a bridge to the first part with its twist towards the end, and it turns out quite satisfying too. In addition, big pluses for the movie are the sometimes gloomy atmosphere along with a nicely-done directing-job, as well as the mainly female new faces and some beautiful sets. In the end, however, we are bombarded with too many and flat characters, and especially in the middle of the movie it gets pretty bumpy story-wise, so much so that it is almost annoying. But the action and the atmosphere still turn "The Witch 2" into a special flick from Korea, which can be highly recommended to the right audience.